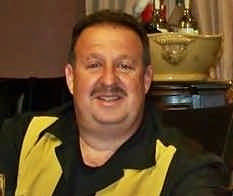 Johnny Marchese is a lifelong resident of Southeast Louisiana, born in New Orleans and raised in Terrytown.

Johnny is a 1981 graduate of West Jefferson High School, then after a one year volunteer stint at WWOZ 90.7 FM in New Orleans. He enlisted in the United States Marine Corps and served as a field radio operator.

Upon returning from a four year enlistment in the Marines, Johnny went into the Louisiana Army National Guard for another five years as a radio repairman. During this time, Johnny did another year at WWOZ.

The story picks up in 2001 when his older son played football and soccer at Belle Chasse High School and heard Ken Trahan on Ken Trahan’s Original Prep Football Report say he was looking for volunteer reporters. Johnny answered the call and became the Belle Chasse reporter. Johnny was later able to become a producer and co-host of Prep Plus on WGSO 990AM.

As time progressed, Johnny was able to become the first play by play announcer for Belle Chasse football webcasts, moved to Denham Springs and turned over the Belle Chasse webcasts over to VK Jones and Jason Duhe’ and for one season to work on Denham Springs football webcasts. Also duing this time Johnny became a prep sports writer for New Orleans.com/Sports and then SportsNOLA.com.

Johnny still freelances on WGSO, writes for Crescent City Sports and serves as the play by play voice for St. Michael the Archangel High School football and basketball teamed up with Mike Garcia.

Johnny is married to Laura Oddo Marchese and has two sons, Nick Guichard and Brendan Marchese.