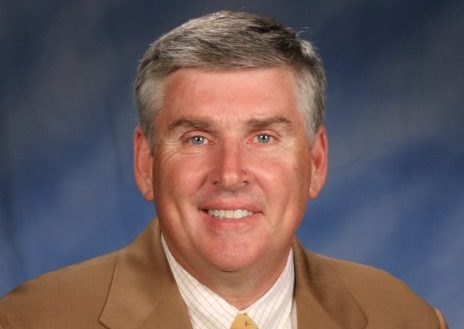 Ed is a New Orleans native, born at Baptist Hospital. He graduated Rummel High School, class of 1975, and subsequently graduated from Loyola University.

Ed started in TV in 1977 as first sports intern at WVUE Channel 8. He became Sports Director at KPLC TV Channel 7 in Lake Charles in 1980. In 1982 he was hired as sports reporter at Channel 6. 1983 saw him promoted to Weekend Sports Anchor. He eventually joined WGNO TV as a freelancer in 1991, becoming a full time in employee in January of 1993.

The sports director at WGNO TV since 1992, Ed was voted a Lifetime Achievement Award by the Press Club of New Orleans in 2014. Ed is a two time Louisiana Sportscaster of the year, as awarded by the National Sportscasters and Sportswriters Association.

Ed created Friday Night Football back in 1991, the first high school football show in New Orleans. The programs airs on both WGNO and live each week on WNOL (Channel 38).

Ed has been Sports Director of WGNO since 1993 and Sports Anchor from 1996 thru 2006. He was named Louisiana Sportscaster of the Year by the National Sportswriters and Sportscasters Association in 1997, 2014 and 2018. He also co-hosts “The Tailgaters Show” on 106.1 FM NASH ICON with Ken Trahan.

Ed has four decades years of experience in Louisiana television, most of which he has served his hometown.

Ed and his lovely bride Robin have 5 children: Erin, Stephanie, Ryne, Christopher, and Jonathan. They reside in Kenner.

When the Saints were born in 1967, Ed and his Dad were in the south end zone at Tulane stadium as John Gilliam returned the opening kickoff 94 yards for a touchdown against the Los Angeles Rams. New Orleans is home.

Ed’s reflections on his career:
“My career goal was always to work in my hometown. I love this place. One of the great residuals of the job is traveling. I have been to 43 states, Canada, and Japan. And in all my travels I realize what a unique wonderful city we have in New Orleans. Life is just different here. If I had one wish, I wished the entire metro area could realize how much potential we have, and then tap all of it. No one could touch us.”