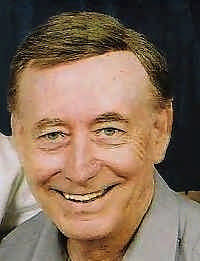 Dupuy is the owner of Draft Day Report, The Pro Prospects Draft Scrapbook, a must for any draftnik following the NFL.

Al was born in Plaquemine, La., and moved to New Orleans when he was 6 years old. He grew up on Tulane Ave. two blocks from Pelican Stadium and became interested in sports at an early age. He went to Sacred Heart School on Canal St. and attended both East Jefferson and Jesuit High Schools.

After graduation, Al received a certificate for completing the Dale Carnegie Sales Course before becoming a Permanent Group Leader for DCSC. Al then became a Retail Sales Manager for a food broker.

Dupuy grew up attending Tulane games as a kid, getting into Tulane Stadium with the Boy Scouts, He also got into Tiger Stadium by selling drinks during the games. This experience really enhanced his interest in football.

Al’s Draft Day Report is going into its 30th year; due to his long-running success, Al has bought out two other draft publications – the locally-based Draft.

Al gathers information on players from all the major colleges and spends countless hours studying film on football prospects. Every year, Dupuy is on the field for the practices at the Senior Bowl, getting a close look at the top senior talent. And Al views all the work-outs at the NFL Scouting Combine in Indianapolis each spring.

Al lives in Metairie with his wife Pat and has three kids, Bonnie, Terry, and Brad, along with his two grandsons, Eric and Thomas.