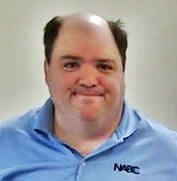 Randy Pistorius is a lifelong resident of South Louisiana and is currently working in the communications field in the Baton Rouge Metropolitian Area.

Randy’s start in journalism came while still in high school at De La Salle in New Orleans and that carried with him to Southeastern Louisiana University where he wrote for the Lions Roar and also worked in Intercollegiate Athletics as well. His work at SLU in Intercollegiate Athletics and Journalism led to a position as Sports Information Director at Texas Wesleyan University where he gained valuable experience working in a major metropolitian market in the United States.

His work with UNO led him to join the staff of Ken Trahan’s Original Prep Football Report in the Fall of 2002 and he was part of the team that helped the original get back on the air in 2005 following Hurricane Katrina and has served as part of the WGSO Superdome Championship coverage team from 2002 to present, including the 2005 Championships which were moved to Shreveport .

Randy also started in 2003 working with ABC 26 WGNO-TV Friday Night Football with Ed Daniels and JT Curtis a little behind the scenes and also helped FNF in 2005 after Hurricane Katrina as well till his move to the Baton Rouge Area.

Randy has also worked at WGSO Radio in Operations, News and Sports as well where he was a producer , Reporter and researcher for many shows.

Randy has also been part of the Tulane University Football Press Box Staff which led to work with the Allstate Sugar Bowl and R & L Carriers New Orleans Bowl.

Randy has also volunteered with the Greater New Orleans Sports Foundation for many events including Super Bowl XLVII in 2013.

Randy’s work with Crescent City Sports will be as a writer and researcher and is now currently covering stories in the Baton Rouge Metro Area and elsewhere for the website and is also involved in some of the behind the scenes work for the website as well.