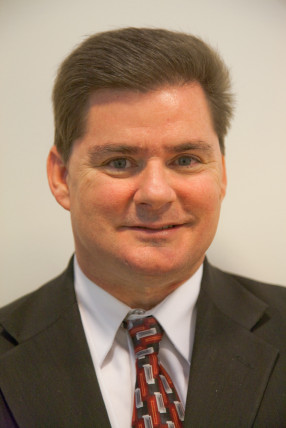 Born and raised in the New Orleans area, CCSE Owner and CEO Ken Trahan has been a sports media fixture in the community for nearly four decades.

In 1988, Ken was chosen by the Professional Bowlers Association to receive its annual radio broadcasters national award for his coverage of bowling, locally and nationally.

In 1999, Ken received the inaugural Excellence in Media award from Airline Place Management for his continuing coverage of the New Orleans Zephyrs. Trahan was the original play-by-play voice of the Zephyrs on radio.

In 2001, Trahan received the prestigious Contribution to Amateur Football award from the Allstate Sugar Bowl Chapter of the National Football Foundation and College Hall of Fame.

Ken was inducted into the De La Salle High School Hall of Fame on January 30, 2010, receiving the Brother Ambrose LeBlanc, FSC Community Service Award for his outstanding service to the sports community and for his coverage of De La Salle and high school sports.

In January of 2012, Ken was honored by the Louisiana High School Athletic Association with the prestigious Prep Journalism Award, symbolic of the Prep Journalist of the Year in the state of Louisiana for 2011.

In March of 2013, Ken received the prestigious Bob Roesler Media Award from the Touchdown Club of New Orleans for his excellent work in the sports media industry over an extended period of time.

In October of 2013, Ken was inducted into the Archbishop Rummel Athletic Hall of Fame, his alma mater.

In March of 2016, Ken was inducted into the New Orleans Prep Sports Hall of Fame.

In January of 2017, Ken received the Super Sport award from the LHSAA for his contributions to the organization, with the award centered on Trahan serving as public address announcer for the state wrestling tournament for over two decades.

Ken serves as General Manager and Chairman of the Board of the Saints Hall of Fame Museum in the Mercedes-Benz Superdome. Ken also writes a monthly column for the Kenner Star and serves as a member of the Greater New Orleans Sports Hall of Fame and Media Selection Committee of the Allstate Sugar Bowl while emceeing several Allstate Sugar Bowl events. Ken is the President and emcee of the Greater New Orleans Sports Foundation Quarterback Club weekly luncheons as well.

While serving as Assistant Athletic Director at the University of New Orleans (2001-2006), Ken conceived, organized and helped raise the money to name Privateer Park after former UNO baseball coach and athletic director Ron Maestri. Ken also served as Sports Director at WGSO 990AM New Orleans from 2002 to 2019.

Among Ken’s ministry efforts, Ken works as a Director for Life Resources Sports Ministries and helps conduct faith-based weekly Bible study/luncheons and annual outreaches and produces and co-hosts the Life Resources Bottom Line Sports Hour with Michael Green on WGSO, 990 AM each Thursday at 6 p.m.. Ken hosted the radio ministry for Williams Blvd. Baptist Church titled Walking in the Word at 5:30 Monday-Thursday on WBSN, 89.1 F.M. from 2001-2013 and hosted “Beyond History” on WHNO TV in 2014-15.

Ken is an ordained deacon and has previously conducted Bible studies for the New Orleans Zephyrs and at the University of New Orleans. Ken also served as an Area Director for the Fellowship of Christian Athletes and currently serves on the area FCA Board of Directors.

A graduate of Loyola University (B.A.-Communications) in New Orleans and Archbishop Rummel High School (Metairie), Ken resides in Kenner with Denise, his wife of over three decades. Ken and Denise are blessed with two children, Sabrina and Travis.