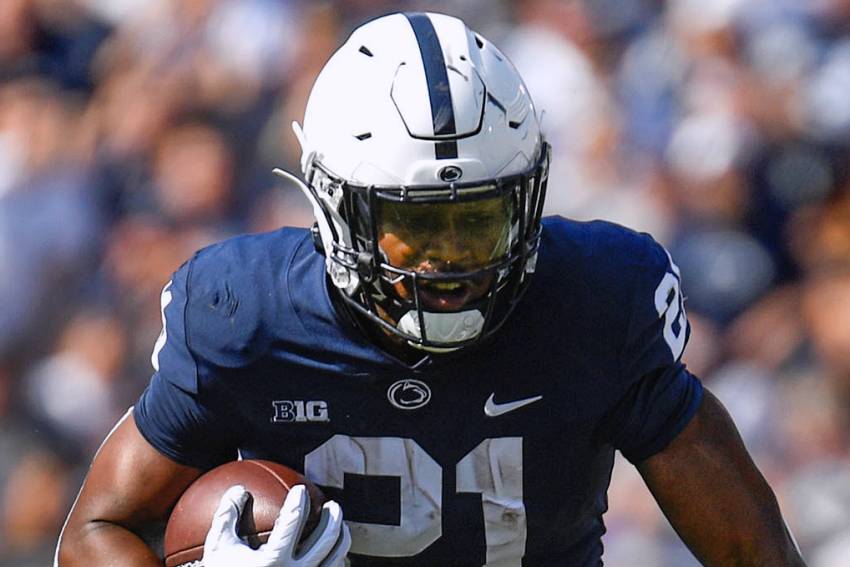 LSU continues to tap into Louisiana connections via the transfer portal.

The latest is Penn State running back Noah Cain, who led the Nittany Lions with four rushing touchdowns this season.

Say my prayers, so I’m protected as soon as I walk in. #GeauxTigers🐯 pic.twitter.com/i45uGxInMT

With the departure of Ty Davis-Price to the NFL, LSU may now look to Cain as a replacement physical runner.

Born in Baton Rouge, originally a high schooler in Texas and signed out of IMG Academy as a top five rated running back nationally, Cain previously set a Penn State freshman record with eight rushing touchdowns in 2019. Cain is a graduate transfer with two years of eligibility remaining.

The 5-foot-10, 220-pound junior started seven games this season, managing 350 rushing yards on 106 carries. Cain has yet to regain his previous form after suffering a season-ending injury in the first game of the 2020 season versus Indiana.

Cain is the nephew of former LSU star wide receiver Michael Clayton. A change of scenery closer to home could help provide the shot of confidence Cain needs to reboot his career.