Making the case for Billy Napier at LSU 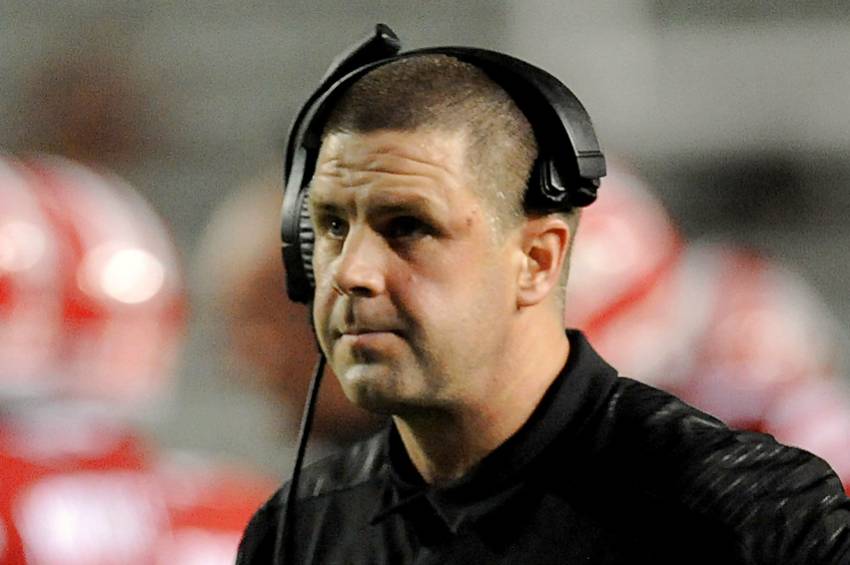 I am not going to do any pre-game show or beat around the bush.

You have read about the case for Lane Kiffin, along with hearing the chatter about thee cases for Mel Tucker, Bill O’Brien, Dave Aranda, Matt Campbell and Vance Joseph.

Tucker appears poised to sign a massive extension at Michigan State, despite being crushed by Ohio State on Saturday.

Kiffin may be a candidate at other big schools and very soon.

The continuous dialogue about Lincoln Riley could be real.

The continuous dialogue about Jimbo Fisher may be real but, based on Jimbo’s comments, he isn’t going anywhere.

There could be outliers that we do not know about.

Scott Woodward has played this search very close to the vest with information not leaking out.

Most recently, Woodward surprised many with his solid hire of Jay Johnson.

Woodward surprised many by prying Kim Mulkey away from Baylor.

We could be in for another surprise.

While we many not know much about who those surprise candidates may be, we do know a lot about Billy Napier.

Napier has Louisiana in the Sun Belt Conference championship game for the third time in four years.

For the third straight year, Napier has guided his Ragin’ Cajuns to double-digit victories.

Napier has his team ranked in the Associated Press Top 25 poll this weekend.

In the last few years, Napier has been a hot commodity in the coaching searches conducted by Mississippi State and South Carolina.

Now, Napier’s name has been mentioned prominently by ESPN and other sources with regard to the now vacant Florida job after Dan Mullen was let go Sunday.

Additionally, Napier is reportedly a top target of TCU and Virginia Tech.

One school that is not mentioned in any reports is LSU.

We have mentioned Napier’s name, as have others, in the sense that he should be a serious candidate for the LSU position and that is a solid premise.

In full disclosure, I have never met the man, having only observed his work from afar and having watched his teams play.

I am familiar with many of the players he has recruited and many who have and are playing for him in Lafayette.

Yes, it is a huge step up from the Sun Belt Conference to the SEC, in terms of stadiums, crowds, the quality of opposition and expectations.

Napier took over in Lafayette in 2018 and led his team to a 7-7 record and losing to Willie Fritz and Tulane in the Cure Bowl.

It was a promising start but it was just a start.

After losing to Tulane in the Cure Bowl, the Ragin’ Cajuns have won back-to-back bowl games.

Prior to going to Lafayette, Napier served as offensive coordinator under Dabo Swinney at Clemson and worked as wide receivers coach under Nick Saban at Alabama.

Napier has Louisiana in the Sun Belt Conference title game for the third time in four years this season after the Cajuns won the conference championship last season.

Louisiana is ranked 23rd in the nation in this week’s Associated Press poll following a convincing win over Liberty Saturday.

The domino effect will be in play soon.

Tennessee head coach Josh Heupel is thought to be a candidate at USC or at his alma mater, Oklahoma, should Lincoln Riley depart for LSU.

If the Tennessee job opened up, you can bet that Napier would be a candidate, considering his age (42), his record and the fact that he is a native of Cookeville, Tennessee.

Should Lane Kiffin become a target of Florida, Napier would likely appear on the search list for Ole Miss.

Kiffin would certainly leave Ole Miss for LSU but would LSU really want him?

No doubt Kiffin is a good coach, particularly offensively, and can recruit.

Kiffin is just 46, with plenty of outstanding years ahead of him in the coaching profession. Kiffin has extensive head coaching experience with the Oakland Raiders and at the college level with Tennessee, USC, Florida Atlantic and Ole Miss. Kiffin spent three seasons with Saban at Alabama.

Kiffin’s personality ruffles many feathers and his penchant for not staying very long in jobs bothers quite a few folks.

Still, Kiffin is a good coach, at a good age and place in his career and could get the job done at LSU.

At this point, Riley would appear to be the best choice for LSU.

Riley is at an elite program in Oklahoma and has a proven, elite record of 55-9.

Riley is even younger than Napier (38).

What Riley has not done is win in the College Football Playoffs, where his Sooners are 0-3, including a drubbing at the hands of Ed Orgeron and LSU.

Riley has seen first-hand what you can do at LSU, as compared to where he is.

You can recruit elite defensive players to LSU.

No doubt Riley has taken note that LSU, when right, will have 100,000 rabid fans at Tiger Stadium.

If I were Riley, I would leave Oklahoma for LSU but I am not Riley.

While Fisher’s denials regarding LSU have been strong, Riley’s have been half-hearted.

Those that would dismiss Napier because he plays at a “little brother” institution, the perception of many followers of LSU, is ridiculous. Napier has been at top level programs in the SEC and ACC.

While it would be easy to say that LSU could do a lot worse, there are not many, if any, who would be better choices than Napier.

A nationwide search could boil down to a guy just 50 miles away, particularly if the domino effect leaves or sends the bigger names to other locations, least we forget that Fisher and Tom Hermon were the clear targets when Orgeron was hired.

If none of the bigger names calls Baton Rouge home in less than a month, LSU just might get lucky with Napier.