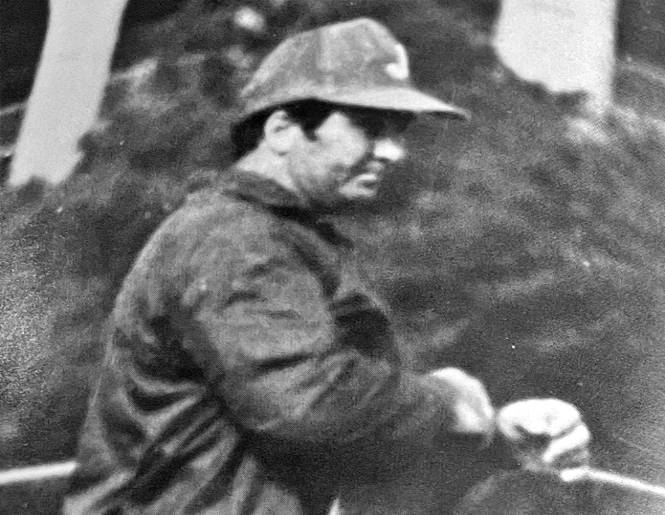 In April, Crescent City Sports featured a story about the 1936 Jesuit High School team that won the state baseball championship with a roster whose entire starting lineup made the All-Prep team, including seven who went on to professional careers. In fact, there have been numerous other Jesuit-based teams which have had success in prep and American Legion seasons. Their 1980 team had one of those special seasons.

Based on information from Jesuit’s baseball website, there have been 21 seasons in which Jesuit won state high school championships and 12 seasons in which Jesuit-based teams have won American Legion state titles. However, there have been only three years in Jesuit’s history in which the Blue Jays captured both the prep and Legion state titles in the same season. Two of those came in back-to-back years, 1979 and 1980, with the third in 2021.

Following Jesuit’s repeat of the state high school championship in 1980, their American Legion squad used its state title as the springboard that ultimately landed them in the American Legion World Series in Ely, Minnesota. The team finished fourth, unable to claim a championship like their 1946 and 1960 predecessors. Yet Frank Misuraca, Jesuit’s coach from 1967 to 1981, told the Times-Picayune after the 1980 season, “Without a doubt, this is the best ball team I’ve ever had, based on their accomplishments.”

The 1980 team boasted a veteran roster containing 11 senior members, including seven who were starters from the year before. Several of the players had been together since their Babe Ruth league days when they played for legendary coach Firmin Simms.

Lenfant’s senior teammate John Faciane said about Misuraca, “He actually set the tone for the team when we were sophomores in 1978. He stressed fundamentals and got us to pay attention to the little things. We were not the most physical team, but we knew how to play. As a result, we were never out of a game.” Faciane’s assessment would be borne out by Jesuit’s comeback to win the state prep title and three occasions in Legion play when they rebounded from the loser’s bracket.

Pitching was expected to be a strength, with three returning starters who had experience in 1979, led by Dickie Wentz. Brian Shearman and Faciane were the other key hurlers, with third baseman Lenfant available in reserve. All four would figure into the 1980 season’s prep plans by Misuraca. The returning position players were led by Snyder and Gregg Barrios who had been an all-district outfielder in 1979.

The Blue Jays won the first-round of prep district play in 1980 with an undefeated record, including two wins over rival Rummel. At one point early in the season, Jesuit’s pitching staff rattled off a string of 36 scoreless innings. But Rummel rebounded in the second half and defeated Jesuit twice to clinch the 11-AAAA district title. Both teams earned spots in the state playoffs.

Jesuit defeated East Jefferson in an 11-inning thriller, followed by a win over Belaire, to advance to the state finals against Rummel. Brad Escousse delivered key hits in both games. On the fourth attempt to schedule the championship game, due to three earlier rainouts, Jesuit got revenge against Rummel, who held the momentum from their previous two district wins. The Blue Jays won, 3-2, on the shoulders of Shearman, who relieved Wentz early in the game, and catcher Steve Riley, who hit the go-ahead home run. Jesuit won its first back-to-back state high school titles since 1945, 1946, and 1947. The 1980 team finished with a 22-3 record.

Lenfant remembers the win over Rummel as especially gratifying since members of both team were friends off the diamond. He said, “That win was the highlight of our Jesuit careers, as it was a repeat of the state championship. It was made even sweeter by knowing those guys so well on a personal level and due to the two losses they put on us in the second round of District play.”

Wentz recently recalled how Faciane and Shearman were key to the prep team’s success. “As high school pitchers, I’m not sure you could find many better than those guys. They both had more guts than a daytime burglar, but with different stuff.” Wentz added, “Shearman was sneaky fast, threw a heavy fastball and had a wicked ‘slurve.’ Faciane was NOLA prep’s version of Gregg Maddux, and he could throw a grape through a donut hole from 60 feet, six inches.”

Yet the hard-throwing Wentz was no easy opponent either. He was joined by Snyder, Barrios, and Riley on the All-Metro team. Shearman and Barrios joined them on the All-District 11-AAAA team, with Barrios being named Player of the Year.

Following the high school season, Wentz weighed his options of being selected by a major-league team in the June MLB draft versus attending college. He had been recruited by numerous colleges and had received interest letters from most of the major-league teams. The three-time All-Metro pitcher had been reported by Times-Picayune sportswriter Brian Allee-Walsh as the “best left-hander to come out of New Orleans since Mel Parnell,” who prepped at S. J. Peters High School in the 1940s and became an all-star pitcher for the Boston Red Sox. Wentz decided to accept a scholarship from Tulane.

The Jesuit-based Odeco Drillers’ starting lineup carried over from the high school championship squad, with two exceptions. Wynn Landry backfilled shortstop Tim Parenton, who opted to begin preparations related to his football scholarship at Mississippi State. Landry also added to the pitching depth as an occasional reliever. Sophomore Will Clark took over the first baseman’s job on a full-time basis, after playing as designated hitter for most of the prep season.

Odeco was upset in their first game of the Southeast Louisiana Regional by Shaw-based Conmaco. But they fought their way out of the loser’s bracket to face undefeated Pelstate Automobile. Odeco wound up as the regional champion with two wins against Pelstate, the last one in 10 innings. Lenfant commented about Odeco’s comeback in the regional, “No other team had five arms, any one of which they could bring in at any time, and that made all the difference in our ability to come from behind time and time again.”

The next round of the Legion playoffs pitted Odeco against Morgan City in the South Louisiana tournament. The hard-throwing Wentz pitched one of the most topsy-turvy games of his career in the first game. He struck out 19, but also issued 10 walks and seven hits. Riley hit a grand slam home run in the eighth inning to lift the Drillers to an 8-4 win. Wentz remembers that Riley crushed the ball. “He was a big guy, and he kind of lumbered about. Pitchers tried to sneak the ball past him, but he had incredible wrists and a fast bat.” In the next contest, Faciane pitched eight strong innings, while Warren Cuntz collected four RBIs in Odeco’s 15-3 win, advancing them to the state finals.

Odeco had little trouble with Crowley in the state finals, backed by two masterful pitching performances. Shearman won the first game, while Wentz, who struck out 18, won the title game. The victories earned them a spot in the Mid-South Regional. Wentz recalls about his outing, “I just remember throwing darts. The ball just jumped. Coach Misuraca took me out after eight innings, but I remember thinking I could throw five more innings if I had to. It was an incredible feeling.”

For the second time in their playoff run, Odeco went into the loser’s bracket after their first game in the Mid-South Regional. Jackson, Mississippi defeated them, 6-2. With the aid of their pitching depth, they rebounded with victories over Nashville, Memphis, and Little Rock. Lenfant, who got the win against Memphis, remembered how special it was to pitch in the stadium of the Memphis Chicks, a minor-league affiliate of the Montreal Expos at the time.

Odeco faced Oklahoma in the finals, winning 5-4 on Will Clark’s game-winning hit. Lenfant recalled the upstart Clark, who batted in the bottom third of the lineup at the time, had a breakout tournament in the Mid-South regional. People started to take notice of his hitting. After the game, Misuraca praised his team, “We came here with a job to do and the kids did it. Even after we lost Wednesday, the kids were still intent on staying until Sunday. We got embarrassed in that first game [against Jackson] and that made us determined to come back.”

Odeco advanced to the American Legion World Series in Ely, Minnesota. It was the first appearance by a Jesuit-based team since the 1960 Tulane Shirts team that won the title behind the play of future major leaguer Rusty Staub and Dick Roniger.

For the third time during their Legion playoff run, Odeco didn’t fare well in their first game of the World Series as Boyerton, Pennsylvania edged them, 2-1. But Wentz stepped up again with 14 strikeouts in a 6-3 win against Warwick, Rhode Island.

Odeco followed with a win over Palo Alto, California, whose team was primarily comprised of college-eligible freshmen. Faciane came on in relief in the fourth inning and gave up only two hits in 6 2/3 innings. He recalled one of the highlights of his career was striking out future major leaguer Bob Melvin to end the game.

However, Odeco’s run ended when Honolulu, Hawaii scored 10 runs in the third inning in a blowout win, 15-3. Odeco sent six pitchers to the mound in what turned out to be a futile effort. Honolulu’s star pitcher Sid Fernandez, who later pitched in the majors, shut down Odeco early. The Hawaiian team wound up defeating Boyerton for the championship. Lenfant remembered Fernandez as a sophomore pitcher who was the fastest pitcher the team had faced, throwing in the low-to-mid 90s.

Odeco finished with a 30-8 Legion record.

Wentz recalled, “I don’t think we ever had a moment where we didn’t believe we could win. In general, over ’79 and ’80 I think the collective belief among us was that we knew we were a better team. We may not stack up against some teams as individuals, but as a team, there was none better. Faith and trust, we had it in spades.”

Gerry Burrage, who coached against Jesuit and Odeco, with De La Salle in prep and Chiquita Brands in American Legion, recently said, “In my 30 years of coaching, I would rank these Jesuit-based teams in the top five best teams. They had a balanced team, including depth in the pitching staff, which Misuraca used wisely. There were no weak spots, and they usually didn’t beat themselves.” He added, “Their roster was built for tournament play.”

The two-year cumulative record of both the prep and Legion teams was 102-25. Misuraca told the Times-Picayune after the World Series, “I’ve had some good kids at Jesuit, but this [1980 team] is the best. And that’s not knocking any of the kids I’ve had here. But this team’s accomplishments make it the best of my career.”

Most of Jesuit’s starters continued their baseball careers in college. In addition to Wentz, Tulane also signed Riley, Barrios, Lenfant, and Shearman. Cuntz signed with LSU, with Escousse and Landry getting tryouts with the Tigers. Parenton played baseball at Mississippi State, in addition to football. Faciane signed with Nicholls State, and Snyder signed with Notre Dame. Two years later, Clark signed with Mississippi State and followed with an illustrious 15-year major-league career. Riley and Barrios played briefly in the minors, while Parenton was a manager in the minors for three seasons.

In 2012 Retif Oil made the next American Legion World Series appearance by a Jesuit-based team, when they captured the national title over Brooklawn, New Jersey.