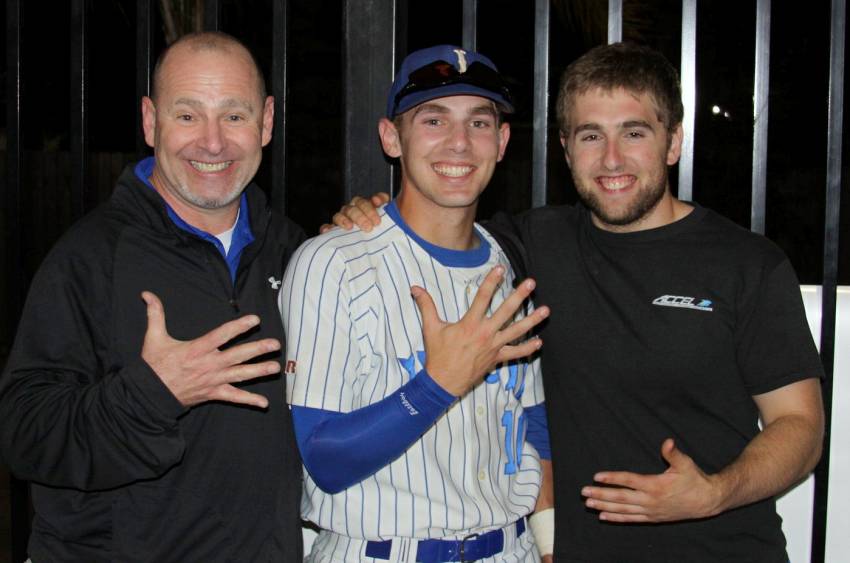 John Sr. and his sons, John Jr. and Josh played on some of the city’s best teams during parts of four decades. When it came to winning, they are one of the most accomplished families in New Orleans baseball history.

Names like Staub, Yochim, Retif, Pontiff, Butera, Wineski, Schwaner, and Scheuermann might be more familiar to local baseball fans, but none of these prominent baseball families were as proficient on the diamond as the Faciane father-son combo.

John Sr. started the family’s winning tradition in his third year as a letterman at Jesuit High School in 1979. Both his prep team and the Odeco-sponsored American Legion team won state championships, defeating New Iberia in prep and Abe’s Grocery of Lake Charles in Legion. 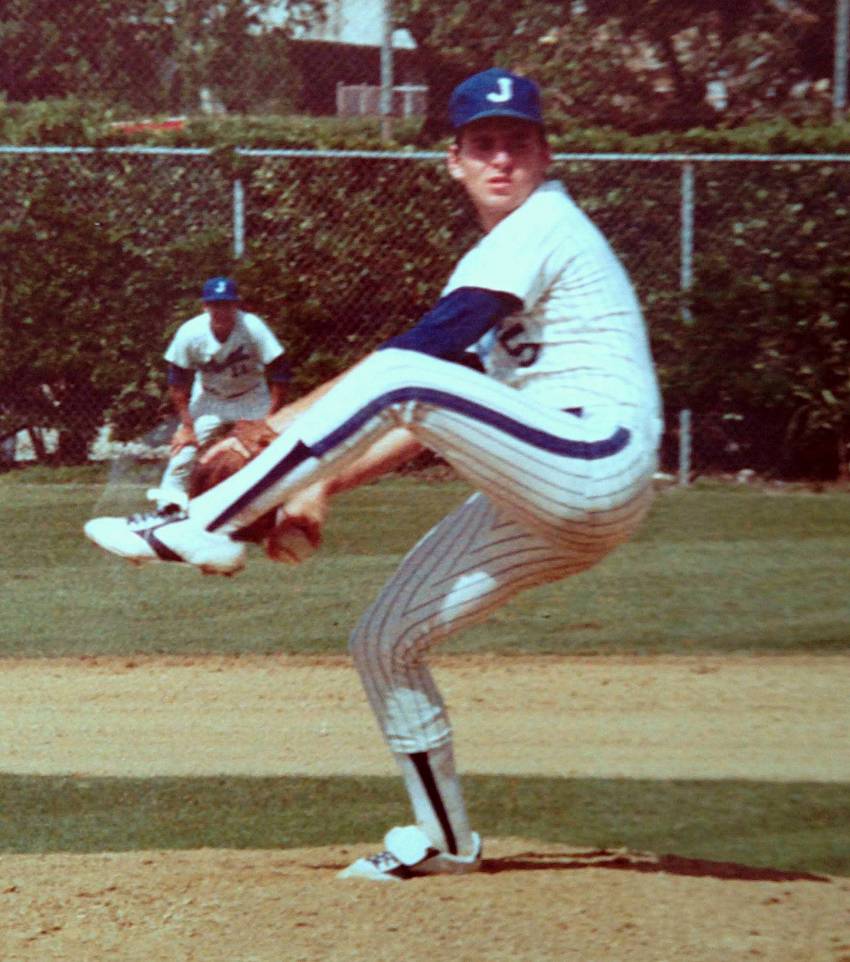 In 1980 his teams repeated their two championships from the previous season. They defeated Rummel for the state prep title and Crowley in the state Legion finals. They advanced to the Legion World Series in Ely, Minnesota, where they finished fourth. John Sr. got the win in an elimination game against Palo Alto, California, when he pitched 6 2/3 innings of relief, allowing only two hits.

The 1980 Jesuit team was named by the Times-Picayune as one of the Top 10 teams in New Orleans prep history. It featured twelve players who ultimately signed college scholarship offers, including Will Clark, who went on to an outstanding 15-year major-league career.

The cumulative record of the Jesuit prep and Legion teams during 1979 and 1980 was 102-25. As one of the key hurlers on the Blue Jays team, John Sr. was selected to the First District All-Legion team. 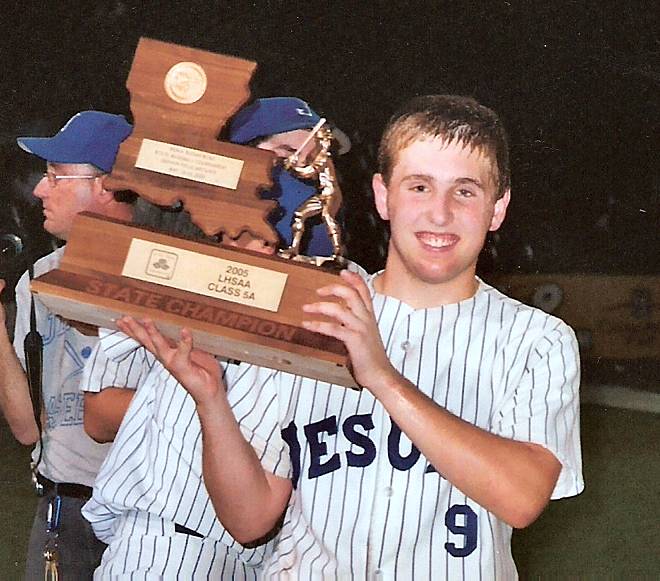 John Jr. followed in his father’s footsteps at Jesuit. He was a three-year letterman from 2005 through 2007. In his sophomore year, Jesuit defeated Destrehan for the prep state championship.

In 2006 the Blue Jays advanced to the state prep semi-finals but lost to Sulphur. John Jr. was an All-Metro team selection at catcher with a .373 batting average, while also earning honorable mention on the Class 5A All-State team.

During his senior season in 2007, Jesuit captured the prep state championship by defeating West Monroe. John Jr. repeated as an All-Metro and All-State honorable mention performer.

Josh grew up hearing his dad’s stories about his ballplaying days at Jesuit. He says when saw his brother also play for Jesuit, his love for Blue Jays baseball only strengthened. He got a first-hand view of what a championship game could be like when he suited up as a batboy on his brother’s team during the 2007 state finals game.

During the summer of his freshman year in 2008, Josh was a starter on the Jesuit-based American Legion team sponsored by Retif Oil. He got his first taste of being on a championship team when Retif defeated Brother Martin-based Peake BMW in the state finals. The Blue Jays wound up getting defeated in the regionals in Enid Oklahoma.

Josh’s first two seasons as a starter on the Jesuit prep squad ended in losses in the second round of the state tournament. In his senior year in 2011, with his father and brother having each claimed two state prep titles, Josh recalls feeling stress to join them with one of his own. He said, “I often think of the pressure that I had on me that year to win my first prep title to join my dad and brother in champion’s hall and wonder how I wasn’t overwhelmed.” However, he credits Coach Joey Latino and his teammates with a complete team effort in which they all shared the burden of winning it all. Coincidentally, two of his teammates, Patrick “Bubby” Riley and Brandon Shearman, were related to two of his father’s teammates on the Blue Jays’ 1980 championship team.

Josh and his teammates rose to the challenge by defeating Lafayette for the state championship, the 20th state title in Jesuit history.

“The biggest moment in my Jesuit career came in the semifinal game against Baton Rouge Catholic,” Josh said.

Batting against Aaron Nola (now a major league pitcher with the Philadelphia Phillies), Josh got the game-winning hit in the top of the seventh inning at Turchin Stadium. Eleven Blue Jays on that team went on to play in college. Josh was named to the All-Metro team and received honorable mention on the All-State team. 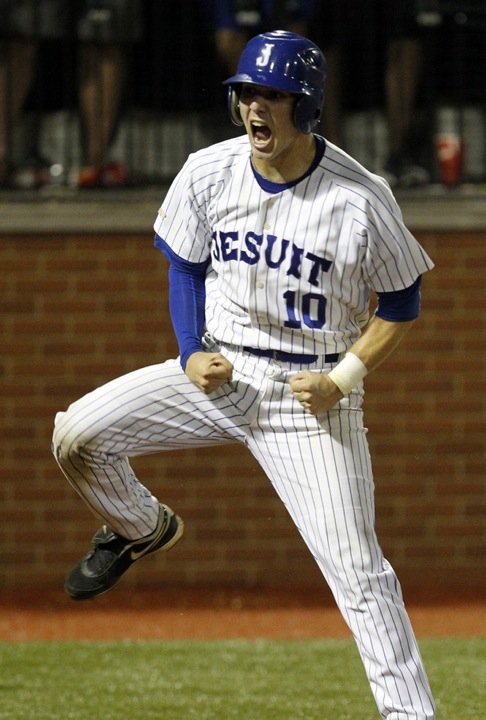 Upon reflecting back to finally achieving the state prep title, Josh said, “A lot of people mention my game-winning hit off Nola as my greatest achievement that year, but not many know that my favorite moment of that championship season was walking off the field to see my father and brother there and both of them welcoming me with open arms saying, ‘Welcome to the club.’ No other words were needed.”

John Jr. and Josh culminated their respective high school careers by being selected the winner of the prestigious Rusty Staub Award, the highest individual honor a Jesuit baseball player can receive.

John Sr. and Josh continued their baseball careers at the collegiate level.

John Sr. received a scholarship from Nicholls State, where he played from 1981 to 1984. His senior season team won the Trans American Conference season championship and tournament. He led the team with 10 wins and 2.99 ERA.

Josh earned a scholarship to the University of Louisiana Monroe, where he lettered for three seasons and was a member of the 2012 Sun Belt Conference tournament championship team.

When counting prep and Legion titles, the only New Orleans family more accomplished than the Facianes were the Gilbert brothers. Larry Gilbert Sr., legendary manager of the minor-league New Orleans Pelicans from 1923 to 1938, had three sons (Larry Jr., Charlie, and Tookie) who attended Jesuit High School. The trio won a total of nine state championships (including prep and Legion) during the 1930s and 1940s. Charlie and Tookie went on to play in the majors, while Larry Jr. played briefly in the minors, thus putting the Facianes in good company.