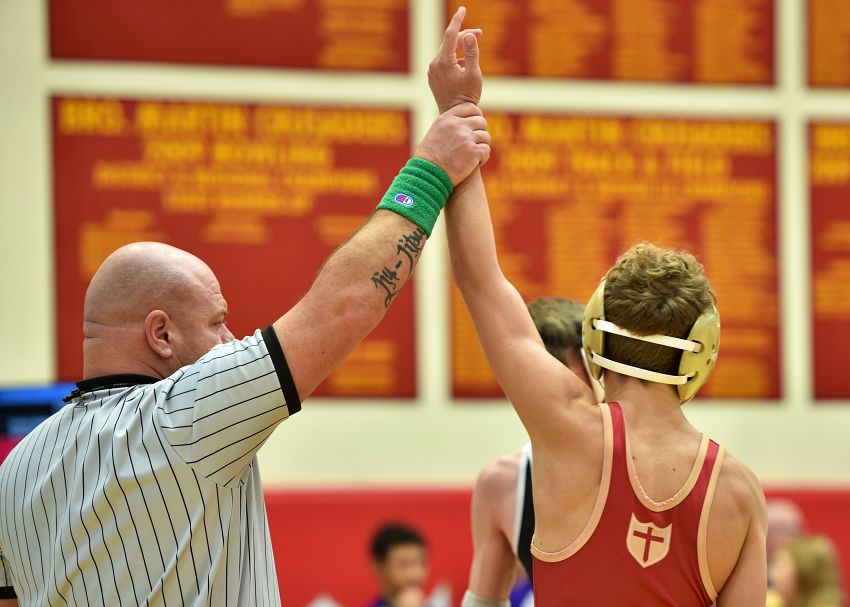 The Brother Martin Crusaders and The Jesuit Blue Jays, two well-known high school programs in New Orleans and across the state, have competed in the Catholic League for decades. Both have a rich history facing one another from the gridiron to the baseball diamond.

In another sports rivalry of great importance between the two, the Crusaders and Blue Jays will meet Wednesday on the mat in a wrestling dual meet with key implications.

Next month at the state championships, both will look to add more titles to their vast trophy cases. Jesuit has the second most team wrestling titles in state history (23) while Brother Martin has the third most (21). Both teams competed recently and showed they’re going to be tough to beat.

Brother Martin and Jesuit had great showings at the Louisiana Classic on Jan. 13. The Crusaders continued to look for more completion when they went out West this past weekend to wrestle in California.

Jesuit is led by sophomore Bodi Harris (113), junior Jackson Caldarero (182) and sophomore Griffin Ellis (220); the trio looked dominant at the Louisiana Classic. The strength of the Blue Jays as a team is in the upper weights. Jesuit placed second in last year’s state tournament, but the top spot has been elusive since 2009.

As for Brother Martin, the strength of the team is in the lower weights but the upper weights are trending in the right direction. The Crusaders are led by sophomore Richie Clementi and senior Kent Burandt, who both won individual Louisiana Classic titles.

The Crusaders gained some much-needed experience in California, going up against dominant wrestlers. Each bracket at the tournament had a minimum of 35 wrestlers while one even had 47. Each weight class was filled with multiple state champions from California. Louisiana native, UFC Champion and three-time state champion Daniel Cormier was coaching in the area where the Crusaders wrestled. The alumnus of Northside High School in Lafayette had great things to say about Louisiana competition.

“It fills me with pride to see our Louisiana boys chasing high level competition. This brought back some great memories seeing the crimson and gold of the Brother Martin Crusaders,” Cormier said.

As we inch closer to the state tournament, Jesuit and Brother Martin are both preparing to make a run with the trip to Bossier City on Feb. 10-11 firmly in sight. First, they’ll meet in the Conlin Gym this Wednesday.

It’s still not known if we will see both schools put out their full lineup when they face off but this dual will be a pivotal measuring stick for the wrestlers who represent both programs.

Can’t make it to watch in person? Crescent City Sports will provide a live stream with commentary.