Success and controversy on different planes of existence at LSU 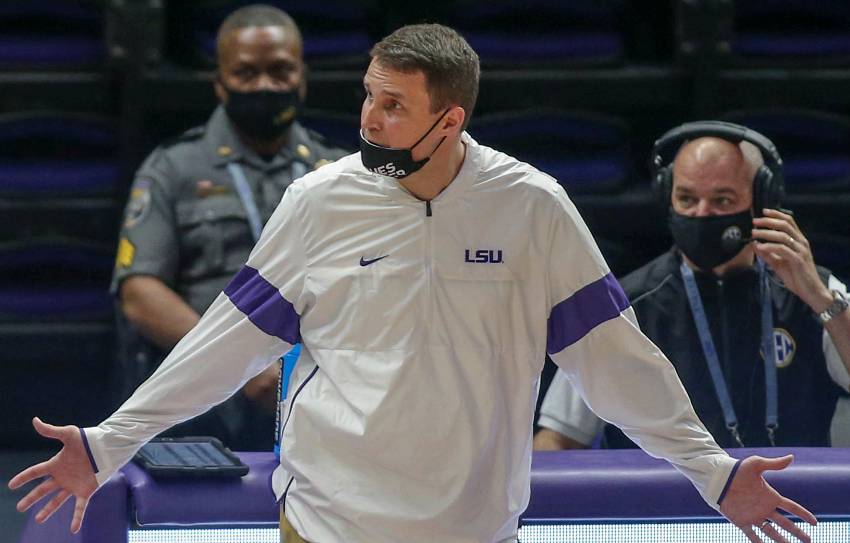 As the University endures a hail of criticism for allegedly covering up numerous incidents of sexual misconduct involving former football players, recruiting in football and in men’s basketball is going quite well.

“Efton will made an immediate impact for us on both ends of the court,” said head coach Will Wade.

LSU recently received a football commitment this past week from Ponchatoula quarterback Jacoby Mathews, projected as a five-star safety in the class of 2022.

Football has verbal commits from the top three players in Louisiana for the upcoming signing class.

February seems far off in the distance, but when it arrives, LSU could net most of the top 10 football recruiting targets in the state, virtually shutting the doors to Alabama, who is coming off a dominant national championship run and a 55-17 win (it could have been worse) over LSU in Tiger Stadium in November.

Former football coach Les Miles was forced out at Kansas after allegations that he sexually harassed former student workers at LSU.

Former LSU running back Derrius Guice has been banned from all University activities, and his name will be expunged from the record books.

Several women have filed a federal lawsuit against the University.

In March, Sports Illustrated reported that an investigation by the FBI into alleged corruption in college basketball that includes LSU basketball and head coach Will Wade is still active.

More than two years have passed since Wade was caught on video tape discussing an offer to a former recruit, believed to be guard Javonte Smart.

Yet, Wade lands a five-start recruit and several high-profile transfers including guard Adam Miller, who started every game last season for an Illinois team that earned a number one seed in the NCAA Tournament.

The allegations against the University and its alleged under reporting of sexual misconduct are incredibly serious.

Yet, other than other reporters inside the television newsroom in which I work, few if any I meet in public ask any questions about the controversy.

That is the case, despite intense reporting by several news outlets including USA Today, who first reported the story.

So, it’s a fair question.

Does the general public care?

Or do they simply care more about winning and five-star recruits?

That’s up to each individual to decide.

LSU football is a big business, important to so many in the state.

If the football program or the basketball program is found to be in the cross-hairs of the NCAA, that is very big news.

Still one thing appears to be clear above the rest.

What’s allegedly happened in Baton Rouge, in regards to Title IX and alleged sexual misconduct, will, barring another bombshell allegation, seem to have a short shelf life as an attention ‘getter.