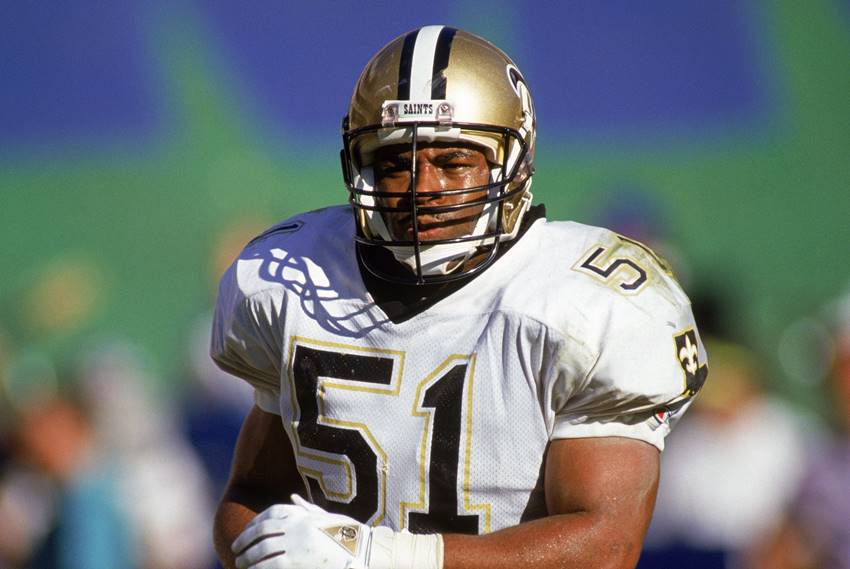 You hear it all the time. Everybody likes him or her.

Surely, that cannot be close to being accurate. Somewhere, somehow, someone is bound not to connect with said individual.

It is our human nature.

Many of us connect naturally, while many others are natural opposites of who we are.

I have two great friends who are great people and value our relationships greatly. Ironically, those two friends do not connect with each other at any level. Such is the nature of our mortal, finite, flawed beings.

If we searched long and hard, longer and harder, perhaps we would find that person who did not have fondness for Sam Mills.

I have not found that person.

Everyone likes the underdog.

Mills was that and more when he arrived in New Orleans in 1986.

Sam was too short. He was not a speed merchant.

He was attempting to play at the highest level with high level players.

Off the field, I can still picture Sam wearing glasses, looking like the high school teacher or college professor. I can hear his easy, low-key tones.

On the field, Sam was the captain of the defense, perhaps the smartest player to ever wear the black and gold on that side of the football, calling signals, diagnosing plays before they happened, swiftly moving to the ball and displaying the best form tackling seen in franchise history.

We have detailed the accomplishments and statistics of Mills on many occasions at Crescent City Sports and on our radio shows on NASH ICON 106.1 FM.

All of the accolades are deserved, if not understated.

The “Dome Patrol” was and remains the best corps of linebackers in NFL history. Despite all the All-Pro and Pro Bowl honors bestowed upon Mills, Rickey Jackson, Pat Swilling and Vaughan Johnson, they would have been even more substantial if the Saints had been in a bigger market or if the team had enjoyed postseason success.

Mills should never have been allowed to leave New Orleans. He should have played his entire career with the Saints.

The same is true of Rickey Jackson.

We used this forum to lobby for Sam for the Pro Football Hall of Fame for the past five years, just as we did for Jackson previously.

We used this form to lobby for Mills to become part of the New Orleans Saints Ring of Honor, which finally occurred last year, just but long overdue.

Mills was a great player.

Mills was a great person.

Mills is receiving the greatest honor anyone can possibly receive in his or her profession.

It is truly a shame that Sam cannot be here to be part of it but his spirit lives on.

Today is the Day:

The culmination of a brilliant career is that Mills now has all of the pertinent honors he deserves, including the Saints Hall of Fame, the Carolina Panthers honoring him with a statue, the Panthers Hall of Honor, the Saints Ring of Honor and the Pro Football Hall of Fame.

A great person who played great has now received the greatest honor. Mills may not have won a championship on the field or in coaching but he is the ultimate champion.

That is a great thing.