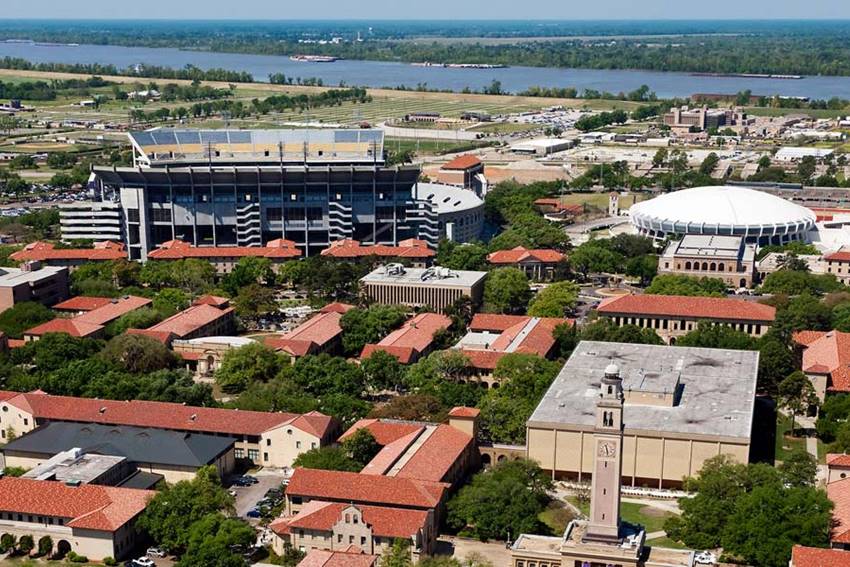 LSU reportedly mishandled sexual misconduct complaints against students including scholarship athletes, according to an investigation by USA Today.

The report includes allegations that school administrators and athletic department officials did nothing about abuse complaints on a consistent basis. Failure to provide protection from further harm from alleged abusers is also mentioned.

Previously, USA Today detailed multiple allegations of rape made against former LSU running back Derrius Guice while he was in college. Guice was released by Washington in training camp this summer after he was arrested on domestic violence charges.

The school and LSU football coach Ed Orgeron released statements responding to the most recent report.

LSU spokesman Ernie Ballard told The Advocate that said the school is “aware of the article and is “reviewing the allegation.”

“In the meantime, it’s important for us to emphasize that LSU does not tolerate sexual assault or any form of abuse,” the statement said. “We are committed to responding promptly to any reports of misconduct, to investigating these reports in a manner that is fair and equitable, and to supporting the victims in every way we can. Putting an

end to abuse and sexual assault is an institutional priority, and we are constantly working to achieve that goal.”

“I’d like to address the USA TODAY article that came out. First I want to say that we need to support and protect victims of violence, sexual abuse of any kind. There’s no place in our society nor on this campus or on our football program for any behavior of this type.

When accusations are made, we have a legal and moral obligation to report every allegation to the university’s Title IX office so due process can be implemented. I have in the past, and will continue to take appropriate action and comply with reporting protocols. I have confidence that the university is working to address our policies and processes when allegations arise. That is all I’m going to say at this time.
I just want to address that before we have any questions.”

Orgeron was asked if the alleged behavior within the school was a part of its culture dating back to before he came to the staff as an assistant coach.

“I’m not going to comment on that. I’m going to let it go with what I said. I want you to know that your question is important.”

USA Today reports instances of nine LSU football players who have been reported to police for sexual misconduct and dating violence since Orgeron took over as Tigers head coach during the 2016 season.