You never know how important experience is until you don’t have it.

In the 2019 season, Ed Orgeron had trusted hand Steve Ensminger running the LSU offense. Now it’s certain the input of wonder boy Joe Brady and the spread offense was crucial to the Tigers’ success.

Dave Aranda, with a wealth of knowledge calling defenses in the college game, was running the LSU defense.

In the national championship game, after his bunch was outplayed for more than a quarter by Clemson’s offense, Aranda said he made an adjustment.

Something like, simplify and let them play. That’s a move made by an experienced coach.

Jog forward to a Saturday night in Tiger Stadium.

LSU calls time out in the fourth quarter due to confusion in getting the right play called.

It came after a change of possession.

No wonder in the postgame media session after LSU’s 24-19 loss to Auburn, Orgeron complained about not being organized.

New coordinator Jake Peetz has never called plays but now he is calling them in the cauldron of the SEC on a Saturday night before a very spoiled congregation.

They are used to success.

Less than two years removed from a National Championship, they demand it.

However, the biggest problem at LSU are the players on the field.

My 40 years of reporting LSU football has told me that when the Tigers had the horses, they had the victories.

In 2011, when LSU fashioned a perfect regular season, Les Miles wasn’t anymore astute than he was when the program began to slide three years later.

Sunday morning, as a reporter waited for the start of Giants-Saints, he watched two clubs warmup.

There was a reason why the Saints were a touchdown favorite.

They had better players.

One of the most telling remarks from Orgeron’s postgame presser was when he was asked about his offensive line.

“We have two guys returning from the national championship team,” said coach O. “I thought it was one of the strengths of the team.”

When the old LSU got to the other team’s eight and five yard line, they weren’t cute. The Tigers lined up and punched the football into the end zone for a touchdown.

That’s what good teams do.

Why is LSU 3-2, with the meat of the schedule ahead?

In the meantime, LSU fans still want to harken back to that magical 2019 season.

LSU had the top pick and five chosen in the first round.

Eleven of the first 108 players chosen were LSU Tigers.

That team went to Tuscaloosa and kicked Alabama’s posterior.

I saw the same look from Orgeron late Saturday night.

His team lost to a very, very average Auburn group and a quarterback who was benched the previous week.

Blame the coaches all you want, but not good enough is an issue fixed in recruiting and not in the middle of October with unbeaten Kentucky next. 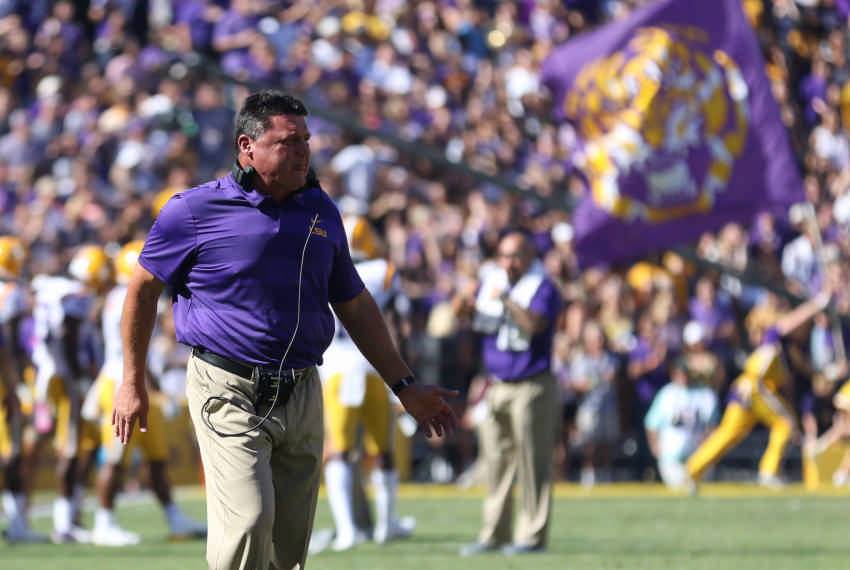 LSU's recruiting class misses in recent years have added up

To examine where the program is now, we have to look back at the past few signing classes.