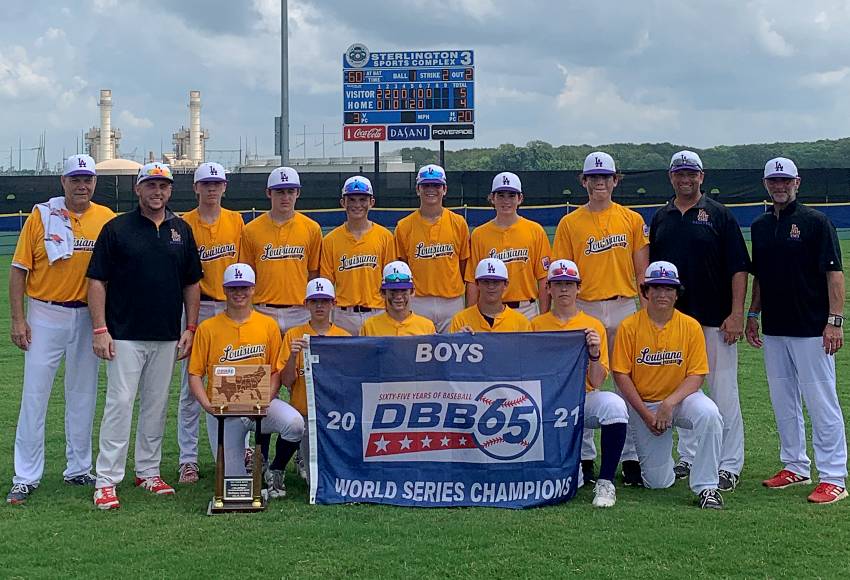 Jefferson Parish Recreation Department East All-Star team added another championship to its trophy case when they won the Dixie Boys Baseball World Series in Sterlington, Louisiana, on July 28. The team went undefeated in five games in the tournament, ultimately defeating Union County, South Carolina in the championship game, 5-4. Eleven states were represented in the tournament.

Led by head coach Corey Faucheux, the team of 14-and-under boys advanced to the World Series after winning the Louisiana state tournament at LaSalle Park in Jefferson Parish on July 12. The team was undefeated and topped Union Parish in the title game.

JPRD East defeated Hattiesburg, Mississippi, 9-8, to advance to the World Series finals. Faucheux remarked that the Mississippi team had a deep lineup, and the game turned out to be a nail-biter since the lead changed hands several times. In the final game, Faucheux said his team jumped out to an early 5-0 lead and then had to hang on as South Carolina tried to claw back. JPRD had also beaten them 8-4 in an earlier game.

Faucheux commended Evan Burg and Dominic Castro for their performances throughout the State and World Series tournaments. Burg, who pitched in the final game, led the team with a .517 batting average and collected 14 RBIs. Castro, normally an infielder or outfielder, was pressed into service as catcher and turned in a solid performance.

Faucheux had high praises for his squad. “The team members had competed against each other in regular-season games. But they really came together for tournament competition. They knew their roles and played unselfishly.” He added, “If I had to pick one word to describe this group, it would be ‘unity’,” he explained.

“These championships mean a lot for the Jefferson Parish Recreation Department,” said Faucheaux. “With all the emphasis on travel ball nowadays, we are trying to build something special, where youths can look forward to playing for their local rec department and know there will be a good level of competition.”

For Coach Johnson and Perrot, it was the second time they had participated on a World Series team, as they were members of the River Ridge-based Eastbank team that won the Little League Baseball World Series in 2019.