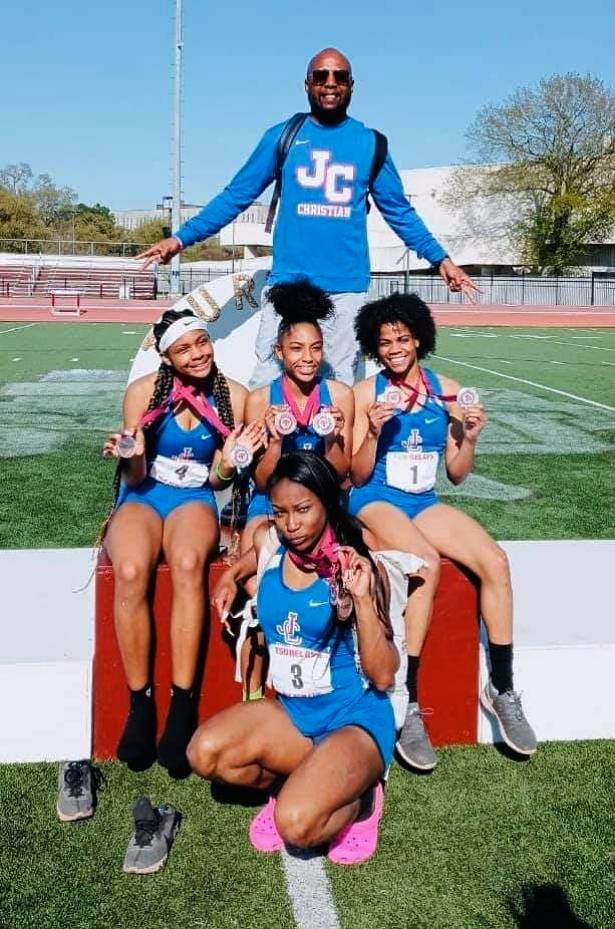 The excellence of the John Curtis Christian girls track team has been evident from the start of the school year. That excellence continues in another state Saturday.

At the Texas Southern relays in Houston, Texas, the Patriots competed with many of the best teams in the region and showed extremely well.

Raven Nunnery (pictured bottom) finished second in the 100 meters in a time of 11.94. Nunnery’s time ranks as the fifth fastest wind legal time in the country this year.

The John Curtis 4×400 relay team finished second in a time of 3:48.72, the second fastest in the meet and in the nation this year. It also marked the fastest time in Louisiana girls track history. The previous best time was held by Baton Rouge High at 3:48.73.

The Patriots 4×200 meter relay squad finished third in a time of 1:40.88, the seventh fastest time in the nation this year.

The entire meet was conducted with Adkins Timing.