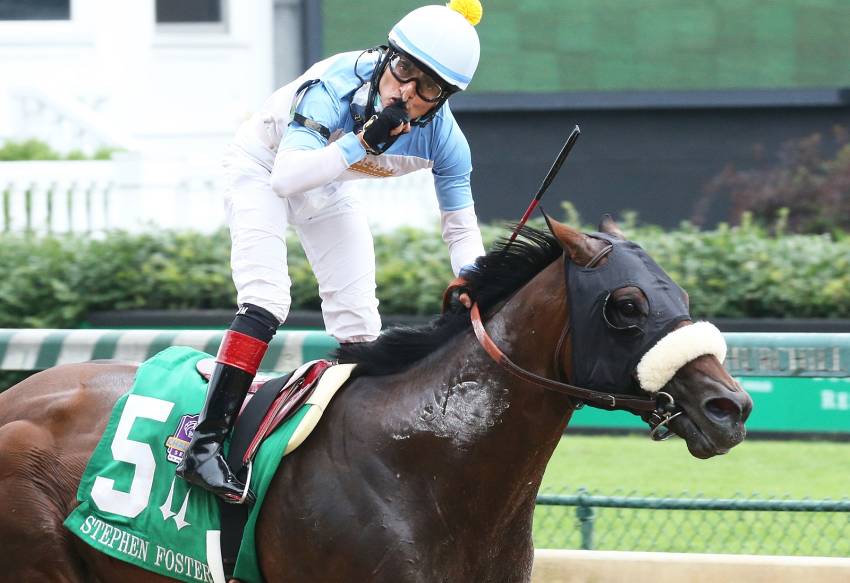 Miguel Mena, a jockey who frequently rode the winter circuit at Fair Grounds and whose biggest career wins had ties to New Orleans, was killed in an accident Sunday on I-64 in Louisville, less than a week shy of his 35th birthday.

In February 2020, Mena was selected as the inaugural winner of the Randy Romero Pure Courage Award, named for the late jockey and Erath native and awarded to a jockey who has overcome serious injury to return to the races. Because of COVID-19 restrictions, Mena did not receive the award until last winter.

I just read a post from Marty McGee from the Daily Racing Form confirming that jockey Miguel Mena was killed last night when he was hit by a car, walking on
I 64 in Louisville, Kentucky.
This is awful news for our racing community. Miguel leaves behind his wife and two young daughters, and many family members and friends.
Miguel was the first recipient of the Randy Romero “Pure Courage” Award last year.
Jeanette and I send our deepest condolences to his family and friends.

In March 2018 at Fair Grounds, Mena was thrown from a mount and had eight severely fractured bones in his heel and ankle. At the time of the accident, Mena was the meet’s leading rider. He returned to the track six months later.

He had 37 career graded stakes wins, eight of which came at Fair Grounds. Three of those wins came in the track’s three graded stakes races for 3-year-olds in 2015 – the Lecomte, Risen Star and Louisiana Derby – aboard International Star. He also scored a graded stakes double on Feb. 20, 2010, winning the Mineshaft Handicap aboard Stonehouse and Silverbulletday Stakes on Jody Slew.

“The Stall family and the racetrack community are absolutely stunned by this,” Stall told WDRB-TV Monday. “He still had a lot of miles in front of him.”

Mena is survived by his wife, April, and two daughters.