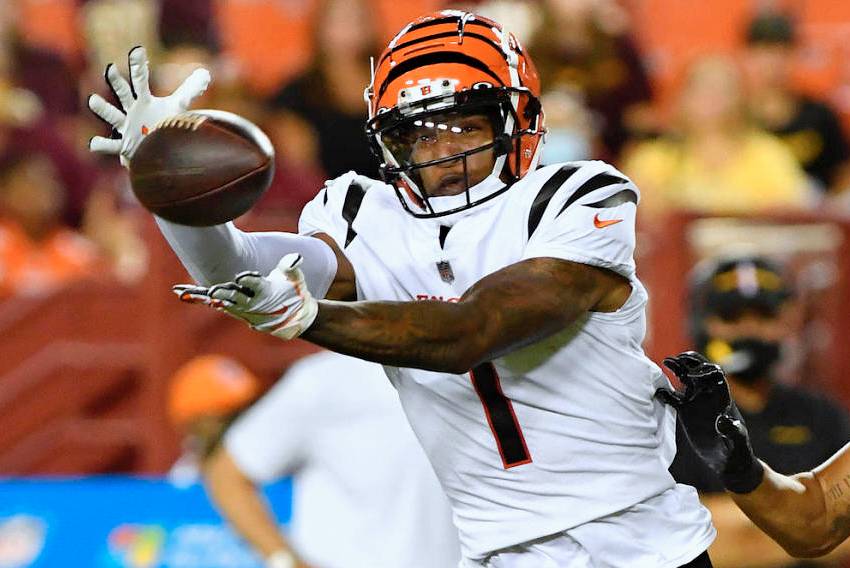 Former LSU and Archbishop Rummel star Ja’Marr Chase struggled in the preseason but the rookie has had no problems since the games that count began.

The Cincinnati Bengals wide receiver has been named the NFL’s Offensive Rookie of the Month for September:

• Chase had 11 receptions and led all rookies with 220 receiving yards and four receiving touchdowns in September.
• He is one of four players in the NFL with a touchdown reception in each of the first three weeks of the season and became the third rookie in NFL history with a touchdown reception of at least 25 yards in each of his first three career games.
• Chase joins quarterback Andy Dalton (October, 2011) and running back Corey Dillon (December, 1997) as the only Bengals to win Offensive Rookie of the Month.
• He joins Odell Beckham Jr. (November and December, 2014) and Eddie Kennison (October, 1996) as the only former LSU wide receivers to earn the honor.

Chase, the fifth overall pick in this past spring’s NFL Draft, has already managed to replicate the big pass play chemistry with former LSU quarterback Joe Burrow in Cincinnati that helped the Tigers win the 2019 national title and New Orleans area native win the Biletnikoff Award that season as college football’s top receiver.