He managed to find time to hit the links as much as possible while playing in the NFL from for 10 seasons from 2004-13. His seven seasons in New Orleans were special as an integral part of a Super Bowl championship team and he earned induction into the Saints Hall of Fame in 2017.

Now, Jonathan Vilma has more time to participate in his passion for golf and it showed Monday at the Bayou Oaks course at City Park. 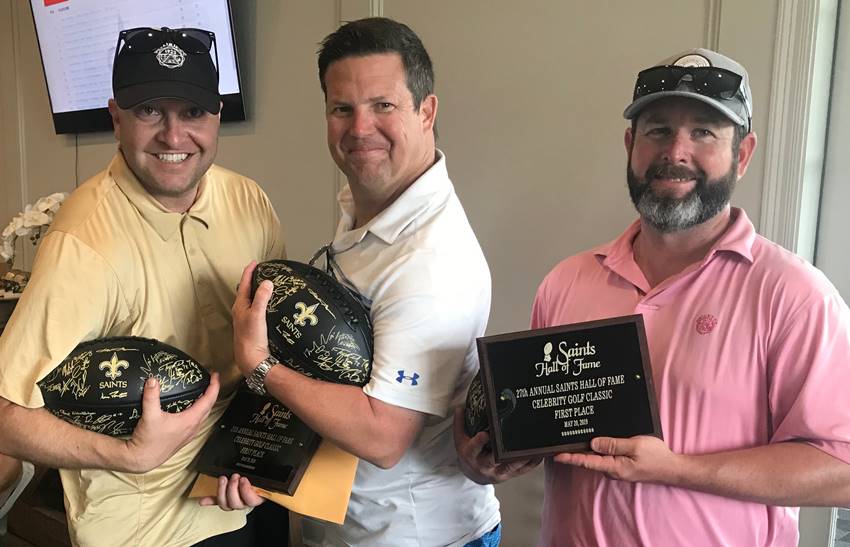 Vilma’s team went low, shooting a 52 to win the event by one shot. 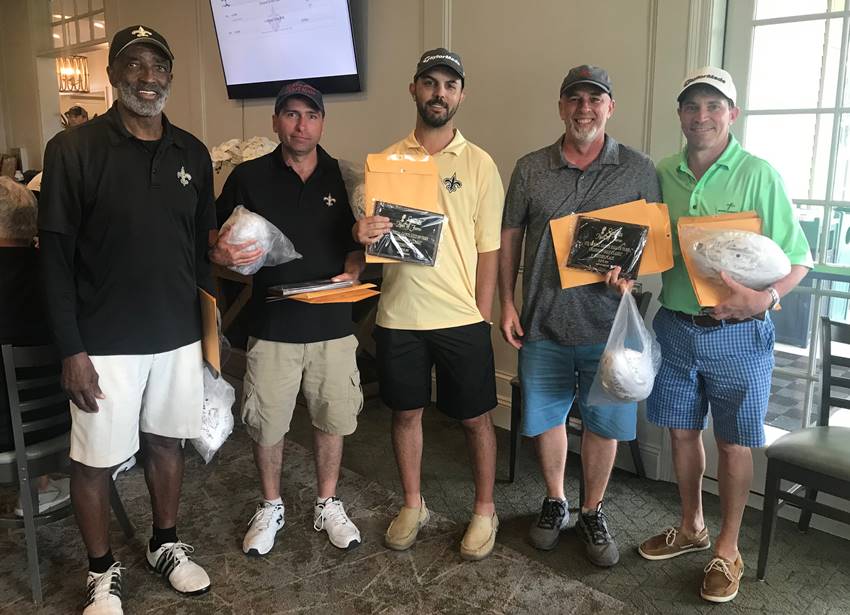 Coming in third was the team led by former Saint Jeff Charleston, including Timothy Swindle, Thomas Gilkey, Daniel Peranich and Thompson Nguyen, who also finished with a 53. 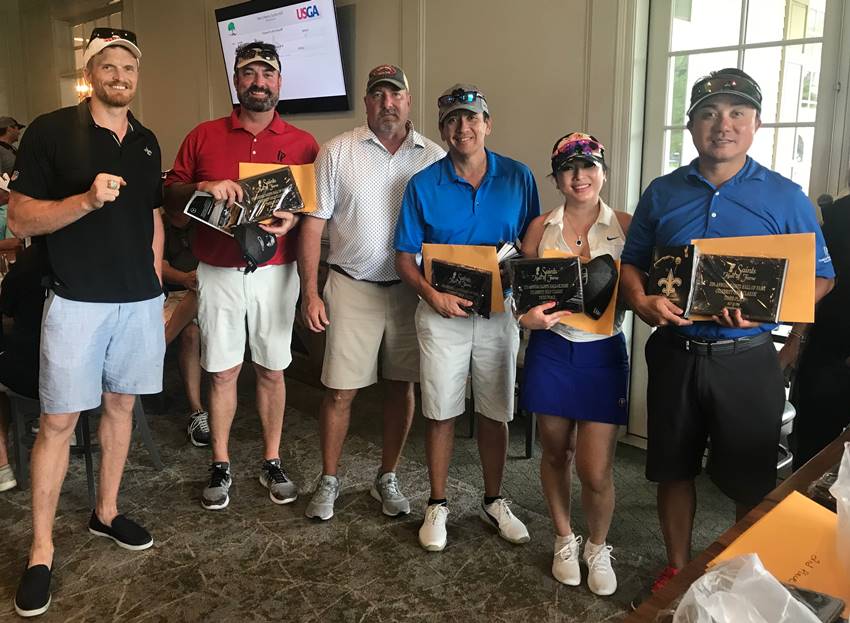 A total of 37 former and present New Orleans Saints were on hand for the event, along with New Orleans Pelicans head coach Alvin Gentry, which raised money for the non-profit Saints Hall of Fame Museum in the Mercedes-Benz Superdome. In all, 152 participated in the annual event.

Shelby Reedom won the closest to the hole competition on No. 7, landing his tee shot six feet, six inches from the pin while Robbie Hazzard secured the longest drive victory on the 18th hole.

“This event has grown from the time I started here with it in 2006 to become a very impressive, outstanding event which everyone enjoys,” Payton said. “We are very happy to be part of it and we always enjoy having our players here and raising money for our Hall of Fame.”

Gentry was still giddy from landing the top pick in the upcoming NBA Draft on June 20.

“It was a great night for us last week,” Gentry said. “I am so happy for Mrs. (Gayle) Benson and for our fans, who deserve this. I cannot comment on whom we might pick. You may have an idea but I am not willing to pay a fine. I am happy to be here supporting the Saints Hall of Fame and our Saints.”

Gentry showed the colors, wearing a New Orleans Pelicans shirt and upon arrival, he switched from a Nike cap to a the New Orleans Saints cap issued to all participants in the event. 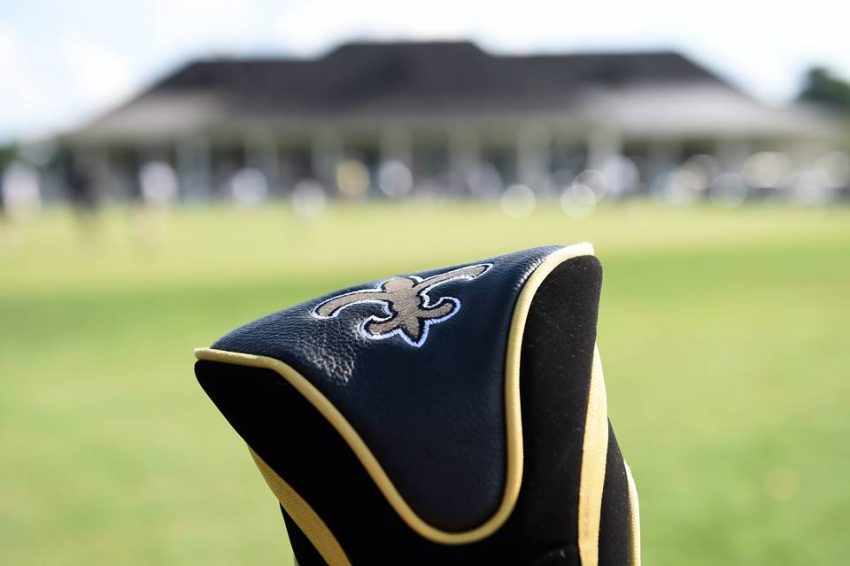