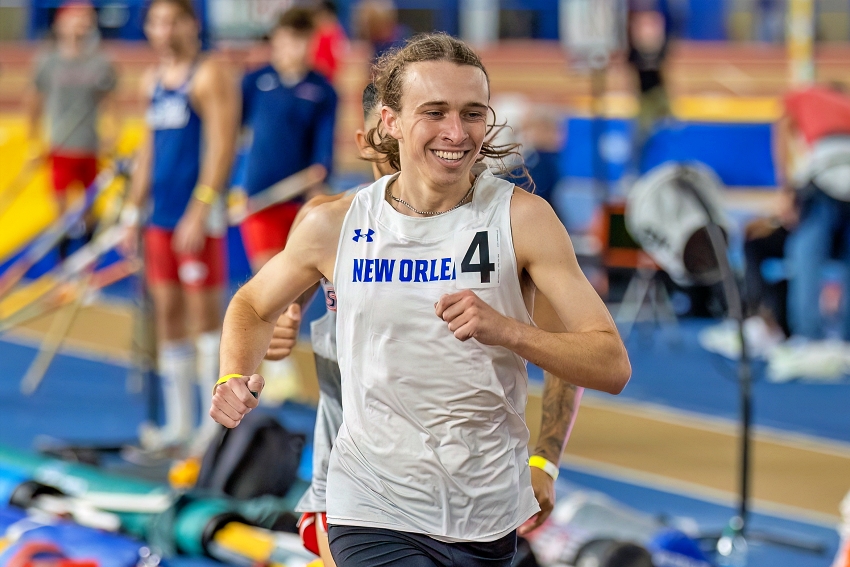 NEW ORLEANS – Jaden Forester was named the Southland Conference’s male Runner of the Week after his record breaking performance in the mile at the Samford Invite on Friday evening.

Jaden’s mark is the fastest in the Southland this season, and currently ranks 12th in the South Central Region. He now owns five of the top 11 mile times in school history, including two of the top three.

He becomes the first male Privateer to win Southland Runner of the Week since Ismael Kone, and Alvaro Canarte both won it last season.

HEAD COACH BROCK MOREAU
“It was a really impressive opener for Jaden – I am pleased to see him get some recognition for it. The mile is Jaden’s sweet spot. Happy to see him dip under 4:10 but I know he’s got some larger goals coming up and I am excited to watch him give it a crack.”