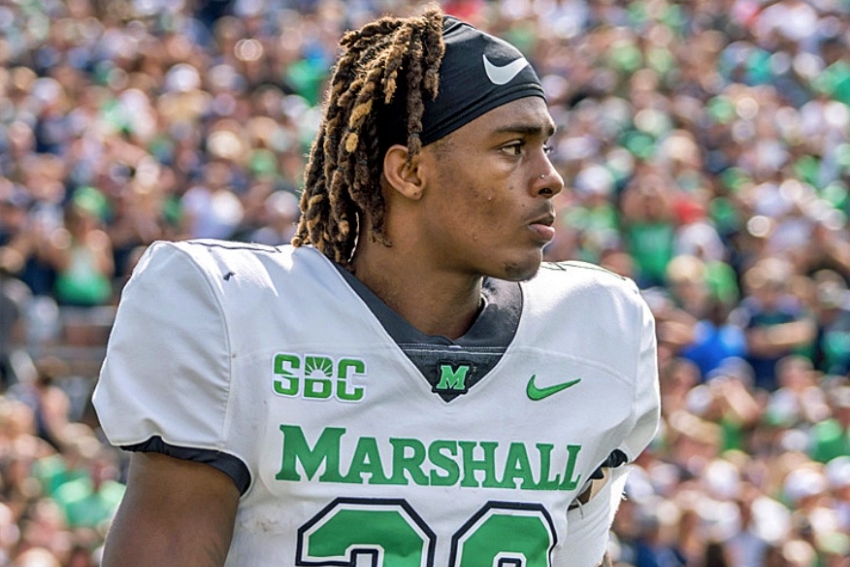 Replacing Macon Clark, Larry Brooks and Lummie Young will be a challenge but new defensive coordinator Lance Guidry will have a known quantity come with him from Marshall to help the effort.

Free safety Andre Sam is joining the Green Wave through the transfer portal.

The 6-foot-1, 180 pound Sam is a native of Iowa, La. where he was an All State wideout and standout kick returner. During his time there, he grabbed 178 passes for 2,593 yards and 31 touchdowns. Sam also was the district long jump champion and ran track spring relays.

Sam signed with McNeese State in the 2016 class, spending five seasons with the Cowboys and playing in 33 contests. He played for the Cowboys under Guidry, who was McNeese’s head coach from 2016 through 2018. Sam compiled 179 tackles, five interceptions and 20 passes breakups at the Southland school, earning all conference honors twice.

Sam transferred to Marshall to play on Guidry’s defense and had 53 tackles with an interception in 11 games for the Thundering Herd.

The Green Wave signed three safeties in the ’23 class: Jahiem Johnson from Hammond, Kevin Adams from Destrehan and Joshua Moore from League City, Texs. Darius Swanson, another transfer portal arrival, came from Nebraska-Kearney. Sam will be the eighth transfer portal addition for Tulane so far this offseason.