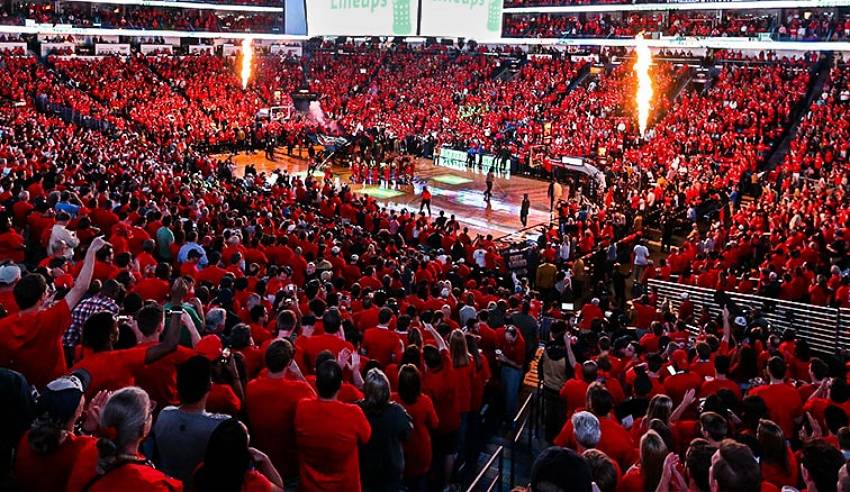 It’s just too good to be true. I feel as though I should pinch myself.

Is it me, or does it feel highly unusual for New Orleans sports fans to have such an upbeat and optimistic outlook for one of their sports teams? As the National Basketball Association opens its 76th season, it’s the one which has rarely delivered such good vibes.

Think about it. Have you heard one shred of negativity recently when the New Orleans Pelicans are mentioned?

We have great fans in New Orleans and in Louisiana. Former Saints head coach Mike Ditka once said of the Black & Gold fans, “it’s not their team, these are their boys.”  That realization by Iron Mike was perhaps one of the few things he understood about New Orleans.

Presently, the Saints are 1-2.  Some are already calling for a change at quarterback and the general consensus is (prematurely) they won’t win the NFC South or make the playoffs.

LSU?  Despite a 3-1 start under first-year coach Brian Kelly before heading into the meat of the Southeastern Conference schedule, Tiger fans are still in a wait-and-see mode. There’s a feeling of expecting a lot but not expecting a lot… if you know what I mean.

Tulane is 3-1.  However, a surprising defeat at the hands of double-digit underdog Southern Mississippi has their fans shrugging their shoulders and saying “here we go again.”

Southern and Grambling under first year head coaches Eric Dooley and Hue Jackson are off to 1-2 and 1-3 starts respectively.

Not a lot of good feeling at the moment for most of the home teams.

Expectations are high and it seems most feel confident that those expectations will be met.

Last season’s regular season record was only 36-46 but the team finished fast and won its way into the NBA play-in tournament, doing away with the Spurs and the Clippers for a shot at the Western Division’s top-seed, the Phoenix Suns.

The nation was captivated as the Pels took one of the favorites to win it all to six exciting and entertaining games before falling to the Phoenix club led by familiar faces in coach Monty Williams and point guard Chris Paul.

The fact that it was done without the best player on the Pelicans roster was cause for sanguineness.

That best player is Zion Williamson.  In shape, feeling great and ready to make people forget the guy who averaged 25 points, 7 rebounds and 3 assists a game in only 85 appearances over two seasons.  That’s right, I said “forget” a player with those numbers.  That should tell you something.  The best is yet to come.

Remember, this time last year this team looked like the proverbial train-wreck. Zion was injured, out of shape and on his way to missing the entire season.  There were also reports the franchise player was unhappy in New Orleans and wanted out.

Fans wanted David Griffin out.  Hiring Stan Van Gundy as head coach was a mistake, and Griffin all but admitted such by firing him after one miserable season.  When he hired the Golden State Warriors assistant Green, it meant his operations would have its third head coach in three seasons.

After trades for center Jonus Valanciunus, C. J. McCollum and Larry Nance, Jr. along with draft picks like Herb Jones and Trey Murphy as well as the signing of Jose Alvarado to a two-way free agent contract (he now has a four-year standard pact), Griffin looks like a genius.

Throw in Bandon Ingram, a mere two seasons past being named an All-Star and the NBA’s Most Improved Player, and why not feel good about these birds of prey?

Apparently, this group has the correct conductor in Green.  He has things under control. The X’s and O’s are important of course and his team listens to him. Green’s players respect him.  This is not a situation like, wel, Stan Van Gundy.

No, I’m not saying it’s now “Larry O’Brien Trophy or bust” for New Orleans.  And we all know injuries can change things instantly.

But admit it, all you sports cynics out there.

Nothing to see here.  Move on.