St. Paul’s looks to repeat as state wrestling champions in 2021-22 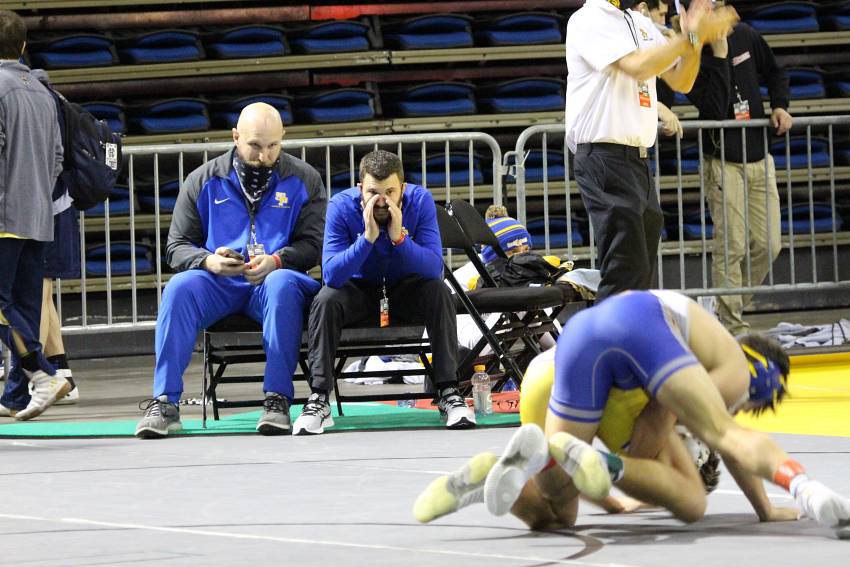 The St. Paul’s Wolves will be the favorites to repeat in Division I for 2021-2022 wrestling season. Last year, the Wolves won the Division I championship for the first time in their school history.

However, the Wolves did win two state championships in Division II under legendary coach Craig Ketelsen (2000 and 2001). The past couple years the team has been exceptionally competitive against every single team in the state. Clearly, the Wolves made the right choice when they hired head coach Matt Pinero.

A New Orleans native and 2008 graduate of Archbishop Rummel, Pinero will enter his fourth year with the Wolves. He has been with St. Paul’s for a decent amount of time as he started as an assistant coach back in 2014. Coaching is without a doubt an immense part of how a team will turn out.

“St. Paul’s is an excellent school academically as well as athletically, so naturally that would be an ideal place to work if I lived on the Northshore.” Pinero said. “I knew the school was supportive of the wrestling program and we would have potential to achieve big things.”

In fact, Pinero has changed the foundation of the program drastically. Since taking over as head coach in 2019, the program has been to new heights. The past state championship finishes in Division I under Pinero are the following: fifth in 2019, second in 2020, and a state championship in 2021. Pinero also won coach of the year in 2020 despite falling short in their championship run. The narrative for this program has changed, and Pinero is an integral part of that.

“We’ve made some slight tweaks to the way we drill, but for the most part that stayed pretty consistent.” Pinero said. “I think consistency is a big part of it but the thing that has changed the most would be mental training that we work on. I believe our athletes have complete trust in our coaches and know that we have their best interests at heart.”

The team looks to reload and not rebuild due to multiple veterans returning. The Wolves will have seven out of the 14 starters return to the lineup. Two standout returners are seniors Jacob Houser and Grant Nastasi, both of whom had plenty of success last season. The two individuals won the state championship in their respective weight classes last year at 120lbs and 145lbs.

The Wolves have plenty for which to look forward as their program under Pinero has them as one of the top teams in the state ever year. Plus, wrestling out of state will make a team significantly better against Louisiana competition.

“I’m a big fan of going out of state to compete. I think it gives you a different perspective and its nice to see how you match up against teams from other states.” Pinero said. “We weren’t able to compete out of state last year (due to the pandemic), but we will this year. We have over forty athletes traveling to a camp in Iowa in a few weeks and we will compete in Florida and Georgia this upcoming season.”

The journey thus far as a young head coach can be classified as a success. Therefore, the future looks promising for the Wolves and they will look to continue their success by repeating as Division I state champions.