Saints, LSU and Tulane collectively are in their greatest era ever 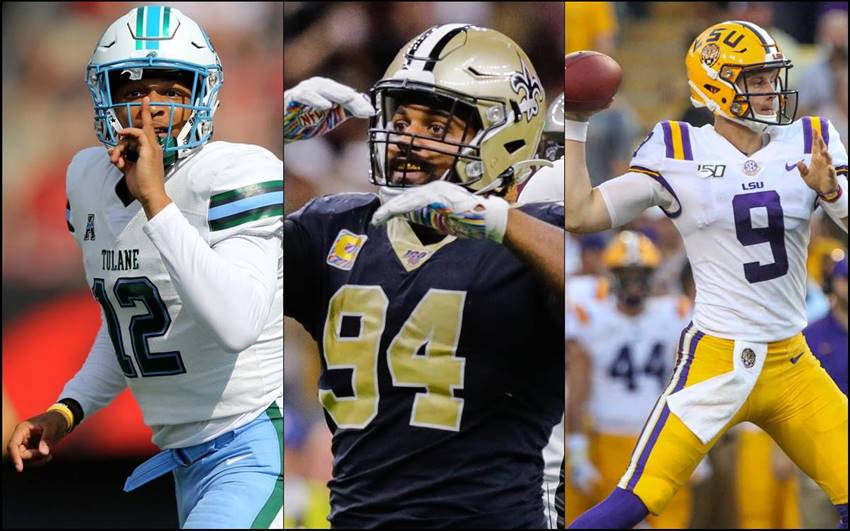 NEW ORLEANS – The New Orleans Saints are in sole possession of first place in the NFC South.

The LSU Tigers are undefeated and ranked No. 2 in the country.

The Tulane Green Wave are 5-1, ranked No. 26 in the country and tied for first place in the American Athletic Conference West Division.

These are unprecedented times for the three football teams of most interest to the Crescent City.

Things have been trending this way. The Saints have won the NFC South each of the last two seasons and they won a playoff game each of those seasons.

The Tigers won nine games two years ago before advancing to a New Year’s Six bowl for the first time last season.

Both marks could be in danger this season since the teams are 16-2 (.889), including 6-0 in October. September of 1998 is the only month between September, October and November (the months in which all three play most of the time) in which all three have gone undefeated (9-0).

The record for most wins in a month is 11 (October, 1973). This group has six more games in October so they can set a new standard for wins in a month.

This is just the seventh year in which they have all won in the same week three times, with the four occasions in 2002 and 2013 being the high-water mark.

The changes in personality suggest these teams’ success will have staying power.

The Green Wave also have been accumulating significant numbers on offense. They have scored 38 or more points in five games already, which is second only to the nine times that the undefeated 1998 team reached that plateau.

Two of the Saints’ wins during their current four-game winning streak have been a 12-10 triumph against Dallas and a 13-6 victory against Jacksonville. The 1992 Saints are the only New Orleans team to win more than twice in the same season while scoring 13 or fewer points. That team did it three times.

There is a long way to go and significant challenges ahead for all three teams.

But right now we are experiencing the best era of football collectively for the Saints, LSU and Tulane.