Pelicans have the No. 8 pick: A look at the history of that NBA Draft slot 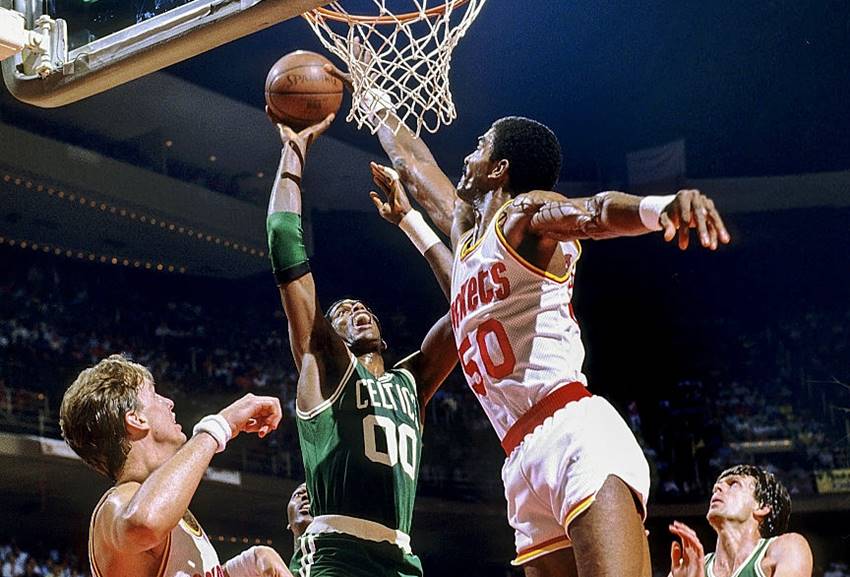 The New Orleans Pelicans will have an important decision to make on June 23.

The NBA Draft commences at Barclays Center in Brooklyn, and we have heard many names tossed around as potential No. 8 overall picks for Pels. The organization would like to add someone who can immediately assume a role to help a playoff team go farther next season.

I’m not here to predict who that player will be. Instead, I decided to look at the history of the NBA Draft when it comes to past No. 8 overall selections. Here are notables picked in the eighth spot:

The Pelicans took Jaxson Hayes at No. 8 in the 2019 draft following his freshman campaign at Texas. He seems to have sprouted wings, showing a spark of development this past season when he made 28 starts in 70 games this past year. He averaged 9.3 points and 4.5 rebounds, shooting 61.6% from the floor.

Brandon Knight, picked by the Detroit Pistons in 2011, played in 451 career contests, averaging 14 points and 3.9 assists.

Former St. Augustine star Kerry Kittles, a Louisiana Mr. Basketball, shined at Villanova where he lwas the school’s all time leader in points and steals when he left for the pros. The New Jersey Nets were happy to snag him eighth in 1996, watching him setting a then-club record as a rookie in hitting 158 three point shots. During his seven NBA seasons (507 games), the 6-foot-7 Kittles averaged 14.1 points, hitting 43.9% from the field and 37.8% from long range.

Terrence Ross was taken 8th by the Toronto Raptors in 2012. His 11 NBA seasons were spent between Toronto and Orlando over 670 games. He averaged 11.2 points, shot 41.6% from field and won the 2013 NBA slam dunk contest.

Rudy Gay, taken by Memphis in 2006, has been a productive pro for a long time. Over 16 seasons and 1,064 NBA games between the Grizzlies, Raptors, Knicks, Spurs and Jazz, he has averaged 16.3 points and 5.8 rebounds. Now 35 years old, he spent the past season with Utah.

Kentavious Caldwell-Polp went to Detroit in 2012 and later won an NBA title as a member of the Lakers. Traded to Wizards as part of the package that sent Russell Westbrook to Los Angeles, Caldwell-Pope has averaged 11.6 points, hitting 42% from field.

-Ron Harper, drafted from Miami of Ohio in 1986 by Cleveland, was a five-time NBA champion. He was part of the second Michael Jordan-led Bulls three-peat and won a pair with the L.A. Lakers of Kobe and Shaq. He scored 13,910 career NBA points (13.8 average) with 4,309 rebounds and 3.9 assists each game. He was a scorer early in his Cavs days and overcame a knee injury to be a complete player on big-time winners.

Detlef Schrempf (1985 by Dallas) was 6-10, 235-pounder from Leverkusen, West Germany. One of the first international success stories in the league, he was a three-time NBA All-Star who lastest 16 seasons. Schermpf scored 15,761 career points (13.9 average) and snagged 7,023 boards (6.2 per game), playing with the Mavs, Pacers, Sonics and Blazers.

Olden Polynice (1987 by the Bulls) was 6-11 and rugged. He played 15 NBA seasons, spending time with Seattle, Toronto, Clippers, Pistons, Kings and Utah. He averaged 7.8 points and 6.7 rebounds, connecting on 49.6% from the field. Of course, Polynice never played for Chicago since he was famously traded on draft night to the Sonics in exchange for Scottie Pippen.

T.J. Ford (2003 by Milwaukee) was a point guard sensation early, garnering NBA Rookie of the Year honors. He ended up playing eight seasons, 429 contests, averaging 11.2 points and 5.8 assists and connecting on 43.3% from floor. The Texas product spent time with the Bucks, Raptors, Pacers and Spurs.

Clark Kellogg, most known these day as a college basketball TV analyst, was once a 6-7, 225-pound standout at Ohio State, The Pacers picked him in 1982, gaining instant benefits when he posted 20.1 points, 10.6 rebounds, and 2.6 assists per game as a rookie. Knee injuries shortened a promising career, and Kellogg played in 260 games, averaging 18.9 points and 9.5 rebounds on 49.7% shooting.

In 1976, none other than Hall of Fame center Robert Parish began his long NBA journey when he was drafted 8th overall by the Golden State Warriors. The Shreveport, La,. native and Woodlawn High product played in 1,611 career games over 21 NBA seasons. “The Chief” was traded to Boston where he became a three-time NBA champion, winning a fourth title in his 40s with the Chicago Bulls. He was a nine-time NBA All-Star.