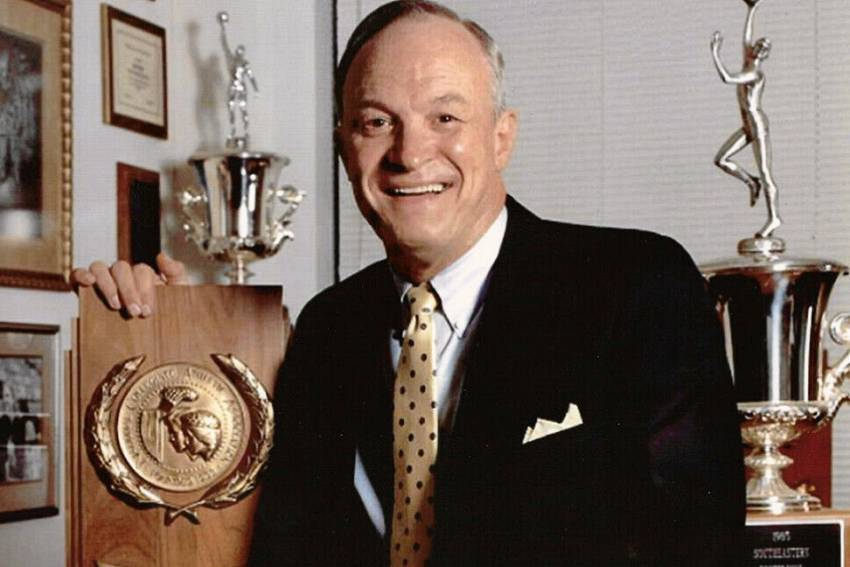 It is a fitting honor. Perhaps it was overdue, if not long overdue.

The LSU board of supervisors approved a vote Friday which will name the basketball court at the Pete Maravich Assembly Center after former Tiger basketball coach Dale Brown.

In 25 seasons, Brown built LSU into an SEC power and national level program, posting an impressive 448-301 record which included a 238-200 record in SEC games.

More impressively, Brown led LSU to the Final Four twice (1981, 1986) and took the Tigers to the NCAA Tournament 13 times. LSU also made it to a pair of NIT appearances under Brown.

While respecting the professional opinions of all, it is hard to understand how anyone would have voted against the measure, with all due respect.

We have opined for such a move for many, many years now since Brown has been away from LSU for nearly 25 years while national commentators have expressed their support for such a measure. Many of Brown’s most famous LSU players rallied support for the move and lobbied those in charge to enact the change. Those efforts paid off.

From this day forward, the “House that Pete built” will be formally known as Dale Brown Court at the Pete Maravich Assembly Center and that is more than appropriate.