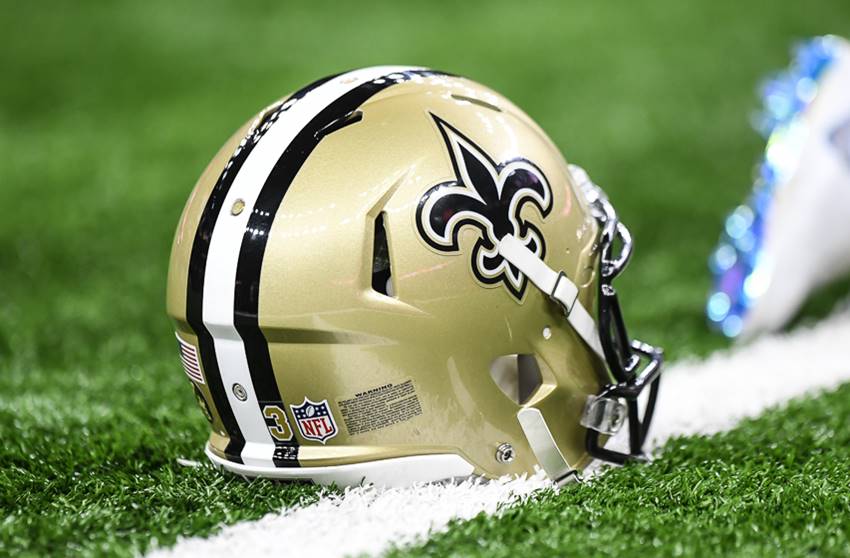 The New Orleans Saints listed eight players Wednesday who missed practice on their first injury report of the week leading up to their road game at Carolina.

Among the four reserves on the report, the most concerning name may be Tanoh Kpassagnon (calf). If both Davenport and Kpassagnon are unavailable Sunday, the Saints may need to add help at defensive end. Cam Jordan, Carl Granderson and untested rookie Payton Turner are the remaining end on the active roster currently.

How quickly do you think you can work Bradley Roby in?
“He’s start practicing with us today. Today’s our first day out on the field and we’ll start working him at practice.”

Is there anything you can tell us about the COVID-19 situation with certain coaches, a staff member and one player?
“Basically, there’s a group of offensive coaches along with our nutritionist, one player, that tested positive. So, the protocol…All are vaccinated…The protocol is enhanced with the team and the staff. Those that have tested positive like everyone else, they’re going to need two negative tests essentially before they can be back in the building working and so we don’t know the timing or time frame on that. They’re all offensive coaches. I said to Pete (Carmichael) today and Ronald (Curry) and Zach (Strief), it’s like Ted Lasso, four of us. The rest are up in their hotel rooms and doing the best they can with preparation. We meet today in bigger groups for instance, spread out…We’re meeting with the receivers, running backs and quarterbacks, instead of breaking out into those subgroups, kind of covering the information.”

Do you adjust where there are some assistant position coaches available to help with the players?
“I just explained it. Instead of breaking up into a lot of groups, we’re into smaller groups. Pete and I and Ronald has been here, and Zach, obviously we have some young coaching assistants. An O-line coach, a receivers coach, a tight ends coach, a running backs coach, the other tight ends coach…In the meantime we’ll handle it with our group.”

Can you talk about the player who tested positive?
“I’d rather not get into the players and what that stuff is.”

Nobody on your active 53-man roster to this point?
“You said you understood and then you gave me a ‘but’. No.”

How different does Carolina look with the quarterback change and the return of Christian McCaffrey?
“They had a good win last week and I would say on both sides of the ball and the kicking game, there are some similarities, yet some dramatic differences. They played fast last week. I thought it was a physical game for them. Defensively, they’ve added a few pieces. In the offseason and free agency, it was a good defense a year ago, I think it’s a better defense this year. Seeing the game against New York, offensively it’s a significant change at quarterback when you have a starter that’s different. McCaffrey’s healthy and so it’s always a battle when you play a division opponent like this. They’re coming off a big win. It’s an important game.”

Is there anything about Paulson’s Adebo’s confidence that is surprising, especially after having missed a full season?
“Yes, it’s a good question. Some of the things we always discuss when we’re evaluating players, the one thing that’s hard to predict is how quickly they’re going to transition and be ready to play, especially if they missed a season, like he did. To his credit, he’s picked things up quickly. I think that helps a lot. And then there’s a confidence level he’s playing with. That’s I think one of the harder things to predict in projecting college players to our level is you’re trying to gauge how quickly the player learns. Sometimes, it takes a year, sometimes a player comes in right away. Fortunately for us, he’s adjusted to that position pretty smoothly.”

What was the process of bringing Kenny Stills back here, putting him on the practice squad and the vision for him?
“We had a workout yesterday with him and a handful of players. We signed Kenny. Each week we’ll get a feel for where we are with our roster. I’m real familiar with him. He’s extremely smart. He’s a really good transitional player and I think he’ll bring to our group, a few things that he does very well. Week to week, we’ll see what our vision is in regards to the game.”

The long pass that you connected between Jameis Winston and Deonte Harris, how important is it to connect on those?
“I think it’s real important. I was giving Drew (Brees) a hard time this week. We spoke and I heard his humorous comments. You went back and look at the tape against Green Bay in year one in 2006, we fell behind 13-0 in Lambeau Field, then there was a pylon route to (Marques) Colston for a touchdown. I would say it probably was across the 50 when we threw it, but when you have pass patterns, generally some kind of vertical element to a pattern and then an intermediate and underneath, but it is important that there is that vertical threat in relation to every other route you want to run. Deonte did a good job with his stem, the throw was just where we want it and it was a big play. I think it’s important that you have your shots. That play all week, we kind of threw it to Juwan (Johnson) and that look there, Jameis (Winston) read it correctly and it ended up being the deeper throw.”

When Erik McCoy went out did you have to adjust any of your protections?
“No, all that remained the same.”

Do you think the post successful teams in this league are the ones that are able to deal with different obstacles quickly?
”The whole league last year and this year is dealing with COVID. There’s obstacles every week, right? There’s injuries this year and last, COVID is different. But, it’s important to be able to focus on the main things, focus on the things you can control. We get ready to go to a practice today, the job is to have the best practice possible, get the players to be ready and the players to be ready and that’s what we’re paid to do. Yes, there are going to be curveballs, there are going to be setbacks. That’s all going to be part of a long season.”