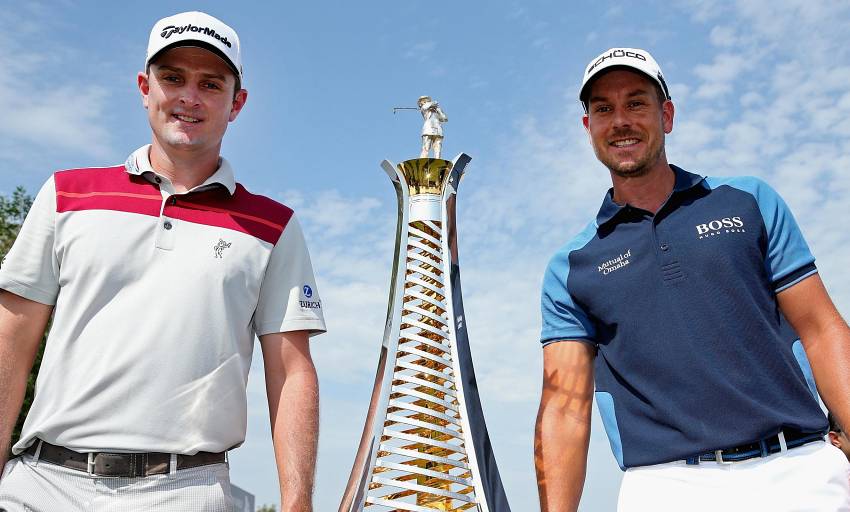 NEW ORLEANS – Justin Rose, who won the individual Zurich Classic title in 2015, will team again with Henrik Stenson for the third time in the tournament, announced Steve Worthy, CEO of the Fore!Kids Foundation, producer of the tournament.

“Both of these players have won major titles in their careers and were the first to commit as a team when we moved to our new format in 2017,” said Worthy. “They have been an extremely successful Ryder Cup partnership, and that history should bode well for their chances in New Orleans,” added Worthy.

Rose won the 2016 Olympic gold medal over Stenson, who took silver in that year’s competition. Together they captured both their team matches in the 2018 Ryder Cup won decisively by the Europeans.

Rose and Stenson each have compiled an impressive record beyond their Olympic success in 2016. In addition to the Zurich Classic, Rose won the U.S. Open in 2013 and the FedEx Cup in 2018. Stenson won the 145th Open Championship at Royal Troon in 2016 just prior to his success at the Summer Olympics that year and won his FedExCup in 2013.

Both have represented Europe in the Ryder Cup five times. They have been paired together in Ryder Cup competition eight times, tied for fourth all-time among the European teams. Their combined record as a team is 6-2-0.

He has won ten times on the PGA TOUR, most recently the 2019 Farmers Insurance Open. He has claimed another 12 international victories. Two of his PGA Tour titles were World Golf Championships, including the 2018 WGC-HSBC Champions, when he came back from eight shots behind on the final day to win with a closing round of 67.

His best finish this season was a tie for 7th in the Masters, when he led after the first two days of play.

He ranks seventh in all-time winnings on the PGA TOUR with more than $55 million. He has posted 101 top-10 finishes in 361 tournaments he has played on the PGA Tour since 1998.

In addition to qualifying for the Ryder Cup five times, he has also made three World Cup teams, two Seve Cup squads and at age 17 played in the Walker Cup, becoming the youngest player in that event’s history.

He pitched in at the last hole to finish tied for fourth and win the Silver Medal as leading amateur in the 1998 Open Championship. He turned professional the next day.

Stenson has won six times on the PGA TOUR, including a World Golf Championship title, The Players Championship and the 2013 TOUR Championship to take the FedExCup that season. He has also claimed 13 international titles.

In 2018 he tied for second in the WGC-HSBC Champions that Justin Rose won and earned a fourth in the Arnold Palmer Invitational. He also finished fifth in the Masters, tied for sixth in the U.S. Open and won all three of his matches in the Ryder Cup.

Rose and Stenson tied for 19th in the 2018 Zurich Classic, won by Billy Horschel and Scott Piercy.

The Zurich Classic field so far includes half of the top 10 ranked players in the world.