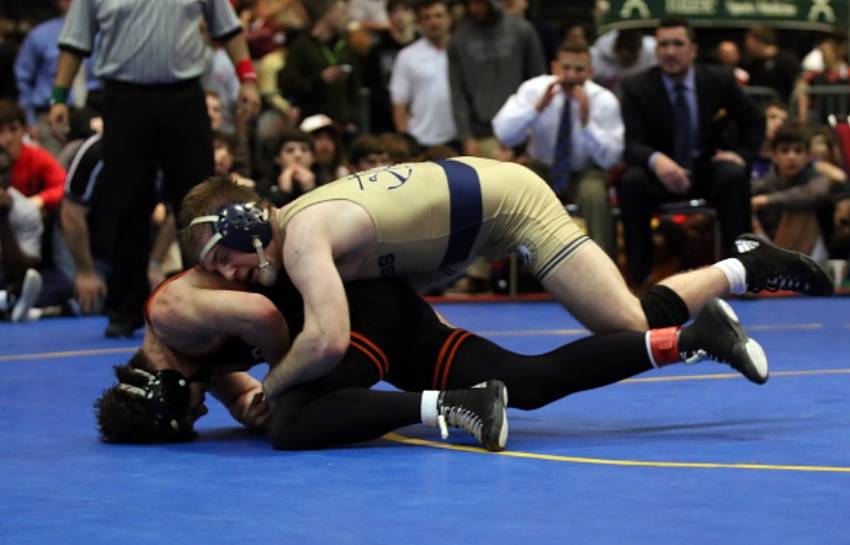 The Tigers recently added alum George Benoit to their coaching staff. During his wrestling career, Benoit was a runner-up three times and captured the 152-pound state championship his senior year in 2016.

However, Benoit was not done wrestling in high school and decided to compete at the next level. He attended Grand View University located in Des Moines, Iowa and wrestled at the 141-pound weight class.

“Returning to my alma mater to coach was all about giving back to the school and institution that gave me so much in life,” Benoit said.

Moreover, Benoit has multiple years of experience which will come useful when coaching the Tigers.

Steadily building their team to capture the ultimate goal, Holy Cross feels closer to the state championship. For example, the Tigers have Jacob and Evan Frost, a pair of twins who have dominated Louisiana competition the past three years.

The Frost brothers have simply put the whole nation on notice with their athletic ability. The two have gone to numerous tournaments out of state and competed with the best in the nation. Evan placed first and Jacob placed fourth at the USA high school national recruiting tournament in Iowa this year. The tournament is designed for college coaches to recruit high school wrestlers from all over the country. The twins also traveled to the vigorous Super 32 tournament where the best of the best compete. Jacob placed fourth and Evan placed eighth. Nevertheless, the Frost brothers are nationally ranked and have caught the eyes of some powerhouse schools since then.

The Tigers will also have multiple starters return from last year. One starter returning, Cole Baiamonte, is a two-sport athlete who plays football during the fall. Baiamonte has quite some experience as he has started for the Tigers the past five years. He had an electrifying semifinal win against at the time undefeated Jesuit’s Dennis Dougherty this year at state. Baiamonte eventually fell short in the finals against Zachary’s Ashton Freeman.

The Tigers also have experienced youth as well in the lower weights. Nick Di’Geralomo who placed fourth this year at state as an eighth grader and Gunner Guidry who will most likely crack the lineup as a freshman.

“Those two are some of the hardest working individuals on the squad,” Benoit said. “I think they both have the capability to achieve great success this year and I’m excited to see how good they can become on their journey.” Overall, the team is well experienced and will be a force to be reckoned with.

The potential is there for the Tigers to win the state championship. Ryan Hess, another alum, is entering his second year as head coach. He has made his presence known by assembling the right coaching staff. Hess is extremely experienced in the sport as he captured three individual titles when he wrestled for the Tigers.

In the past, Hess gained valuable coaching experience from Brother Martin legend Robert Dauterive. Now, Hess has added Benoit to his coaching staff to give the Tigers the edge in the upcoming season.

Holy Cross has the most state championships in the history of Louisiana prep wrestling (28). The Tigers will have a good shot to add to that number with their experienced staff.