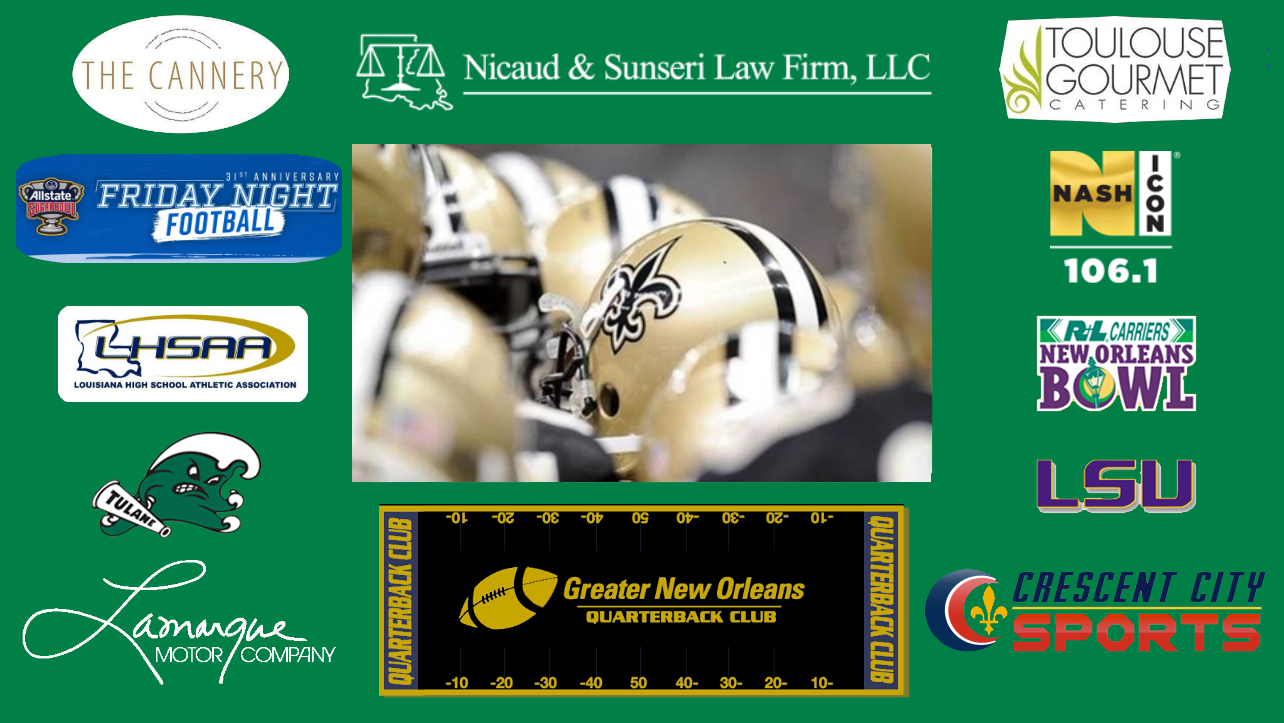 The 84th year of the Greater New Orleans Quarterback Club, presented by the Lamarque Motor Company, debuts on Tuesday, August 30 at noon at The Cannery on 3803 Toulouse Street in New Orleans with a stellar panel of speakers. 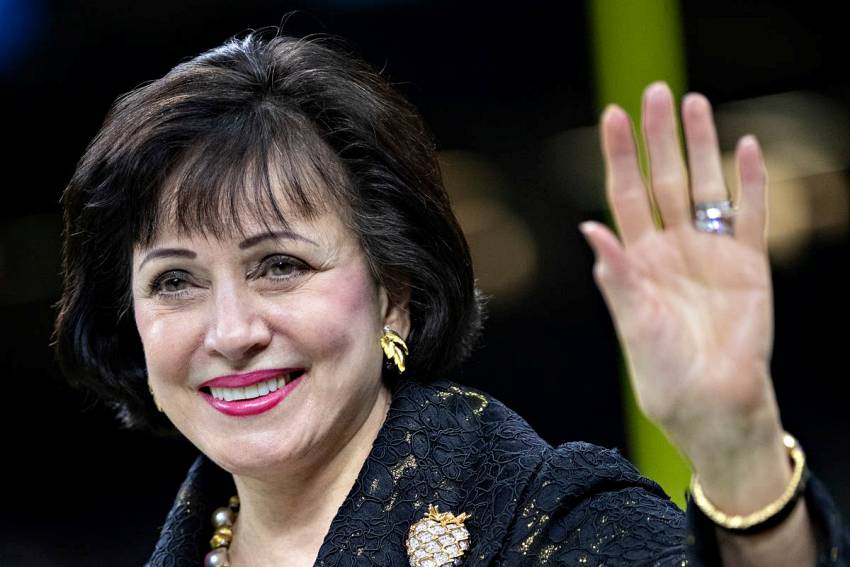 Mrs. Benson serves as owner of the New Orleans Saints and New Orleans Pelicans, among many business ventures.

A native of New Orleans, Benson is a generous, highly respected philanthropist and business professional.

In NFL circles, Mrs. Benson serves on the Audit, Business Ventures and Hall of Fame Committees and played a huge role in helping New Orleans land Super Bowl LIX, to be played in Caesars Superdome in 2025.

In NBA circles, Mrs. Benson serves as a member of the Labor Relations Committee and was named to the NBA Foundation Board of Directors in 2020.

A woman of deep faith, Benson has also contributed to many faith-based organizations and initiatives.

Entering his sixth season as the head coach at Tulane, Willie Fritz led the Green Wave to three consecutive bowl games from 2018-20. The three bowl appearances are the most by any coach in Tulane history.

Fritz previously served as the head coach at Blinn College, Central Missouri, Sam Houston State and Georgia Southern. He has posted 222 victories in his 29 years as a head coach, including 31 wins with the Green Wave.

A native of New Iberia, Ausberry is in his 21st year working at his alma mater. He was part of two SEC championship teams and four bowl teams as a linebacker at LSU. In 2018, Ausberry was recognized as the LSU National L Club Distinguished Alumnus of the Year.

Ausberry has served in many capacities as his roles have evolved over two decades at LSU.

A former player at De La Salle, Jarrott returned to his alma mater as head coach in 2021, leading the Cavaliers to the Division II state quarterfinals in his first season. 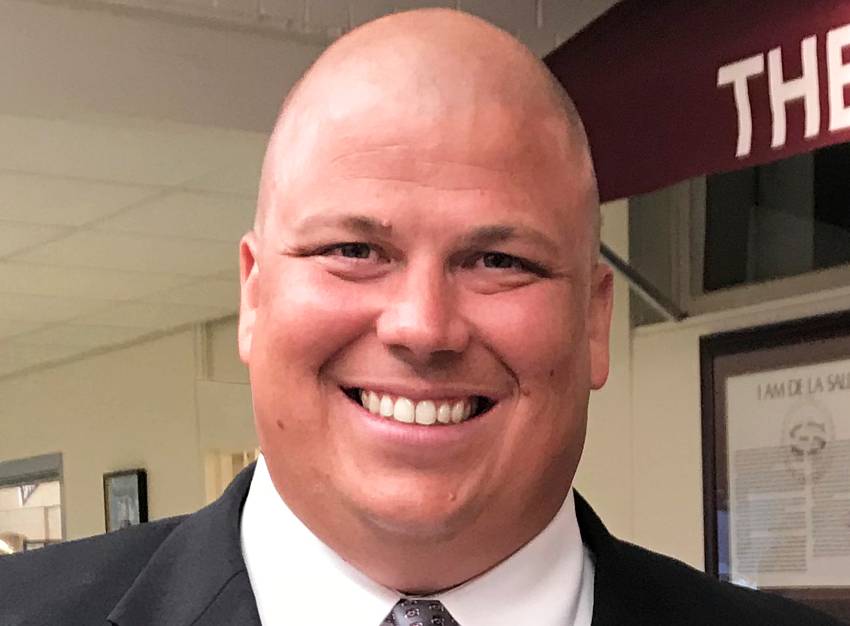 Jarrott also played at Nicholls State before starting his coaching career, serving as an assistant at Brother Martin and De La Salle. He went on to become a top assistant at Jesuit and at Archbishop Rummel and was part of state championship staffs with both programs.

Entering his eighth year as head coach at his alma mater, Brown has presided over a dynasty at Karr. 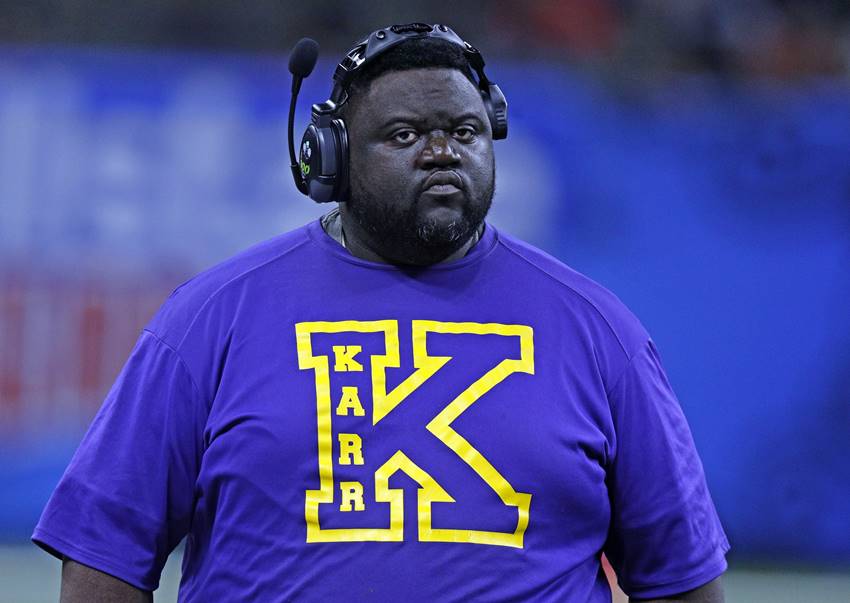 Brown has guided his Cougars to four consecutive state championships from 2016-19 and to state title game appearances in 2015 and 2020. He served as an assistant coach at Karr before being elevated to head coach. Brown was an outstanding player at Karr before playing at Grambling State. 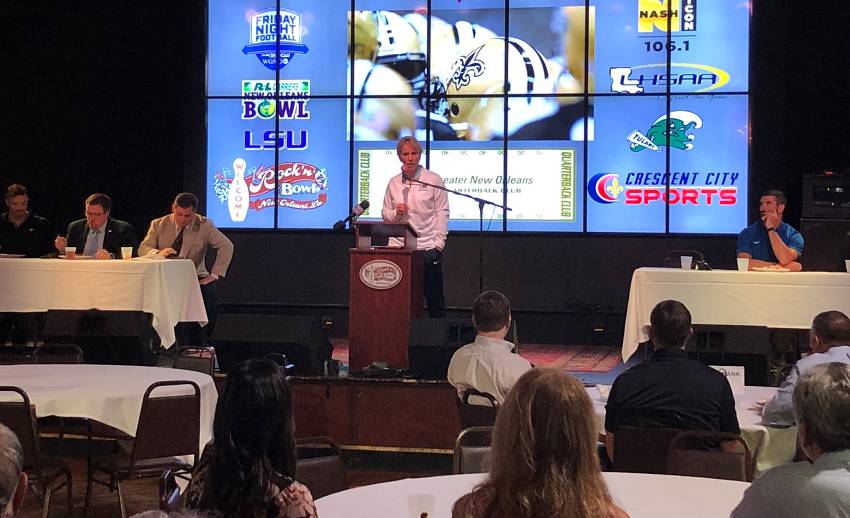 The Greater New Orleans Quarterback Club is presented by Lamarque Automotive in Kenner through the support of local football by Ronnie Lamarque.

The Greater New Orleans Sports Foundation and the R&L Carriers New Orleans Bowl returns as the sponsor of the Prep Player of the Week and the year-end award recipients.

The Club will meet once per month through December 13, when the annual awards luncheon will take place with all meetings to take place at The Cannery. Lunch is included at each meeting.

To purchase tickets or for more information, contact Stan Kottemann at (504) 908-6080 or at skotlaw@aol.com.