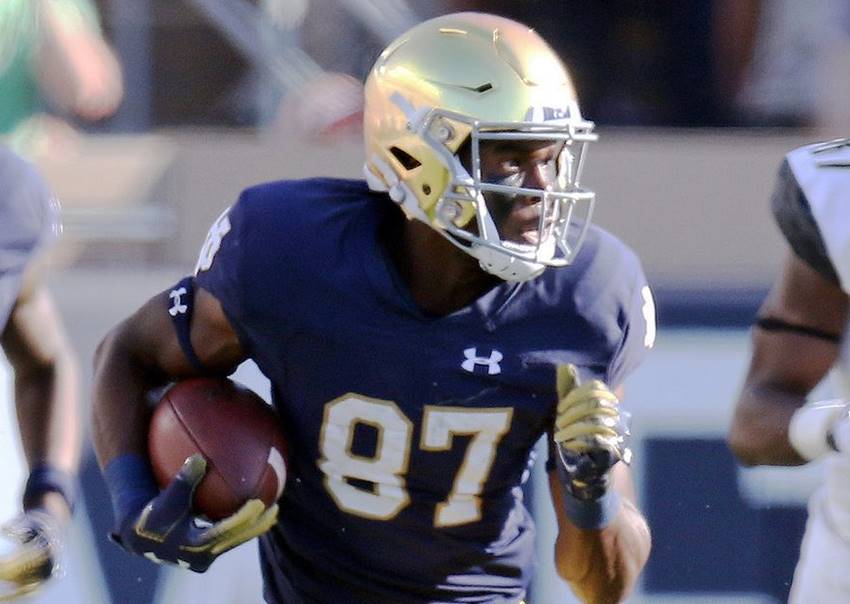 Destrehan alum Michael Young has decided to transfer from Notre Dame to Cincinnati.

In late October 2019, Young placed his name in the NCAA transfer portal. He will graduate from South Bend in May and will have two seasons of eligibility. In 27 games at Notre Dame, he hauled in 17 passes for 177 yards and a pair of touchdowns.

The 5-10, 190 pounder with 4.47 speed received interest from over 30 schools after entering the portal. Schools like Northwestern, Va. Tech, Vanderbilt, Oklahoma State, Cincinnati and Pittsburgh expressed interest. But the Cincinnati Bearcats had a distinct advantage, offensive coordinator Mike Denbrock, who had served in the same role at Notre Dame from 2010-’16. Although Young and Denbrock did not cross paths directly with the Irish, their relationship remained a good one from the recruiting process. He became offensive coordinator at Cincinnati in 2017.

Young cites the Bearcats’ offense is similar to what the Fightin’ Irish ran.

A long list of excellent receivers who proceeded him at Destrehan, including Alfred Smith, John Williams, Kirk Merritt and Demaris Johnson among others. NFL Draft prospect Justin Jefferson is another Wildcats product at the position.