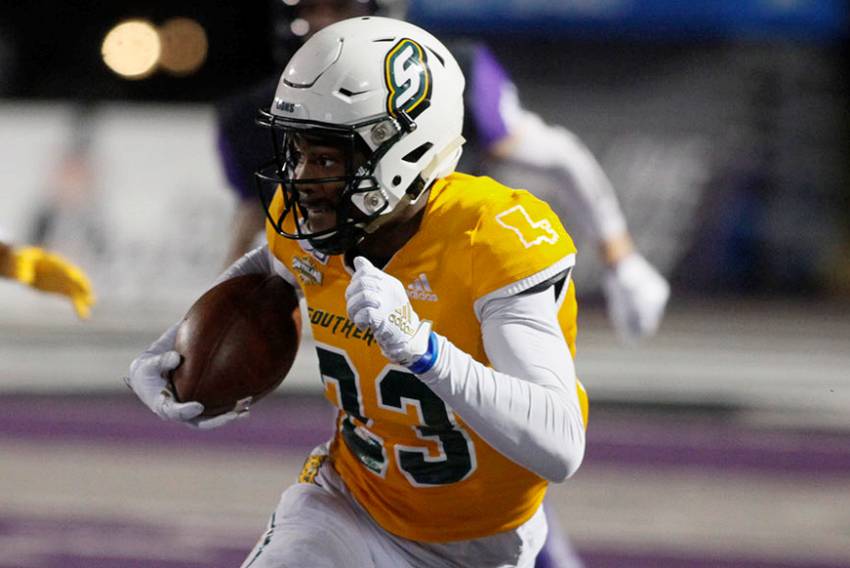 HAMMOND, La. – Southeastern Louisiana University defensive back Ferlando Jordan was one of 35 student-athletes named to the 2022 Buck Buchanan Award preseason watch list, which was released by Stats Perform Thursday.

Named for the late Hall of Fame defensive tackle for the Kansas City Chiefs who played collegiately at Grambling, the Buck Buchanan Award has been presented annually to the top defensive player in FCS.

Jordan, who was named to the preseason watch list prior to the 2021 season, is looking to become the fifth Lion to earn Buchanan Award finalist honors. Former SLU standouts Robert Alford (2012, 18th-place finish), Isiah Corbett (2014, 22nd), Harlan Miller (2015, 25th) and Sione Teuhema (2017, 11th) have been candidates for the top honor.

Jordan, who was named to the Stats Perform FCS All-America preseason team as a first-team choice on Monday, is looking to close out an accomplished Southeastern career on a high note. The Atlanta native is the Southland Conference career leader with five interceptions returned for a touchdown, is one of 12 multi-time All-Americans (2019, 2020) in program history and is fourth in school history with 11 career receptions.

Jordan is one of two Southland Conference representatives on the list, along with UIW graduate linebacker Kelechi Anyalabechi. The preseason Buck Buchanan watch list is highlighted by the 2020 (Southern defensive end Jordan Lewis) and 2021 (Florida A&M defensive end Isaiah Land).

Southeastern will be back on the practice field Friday at 9 a.m. Friday will mark the third of four split-squad workouts to open camp with one group practicing at 9 a.m. and the other half working out at 10:30 a.m.

Southeastern opens the 2022 season at the Ragin’ Cajuns in a 6 p.m. contest. The home opener is set for Sept. 17 versus Central Connecticut State.