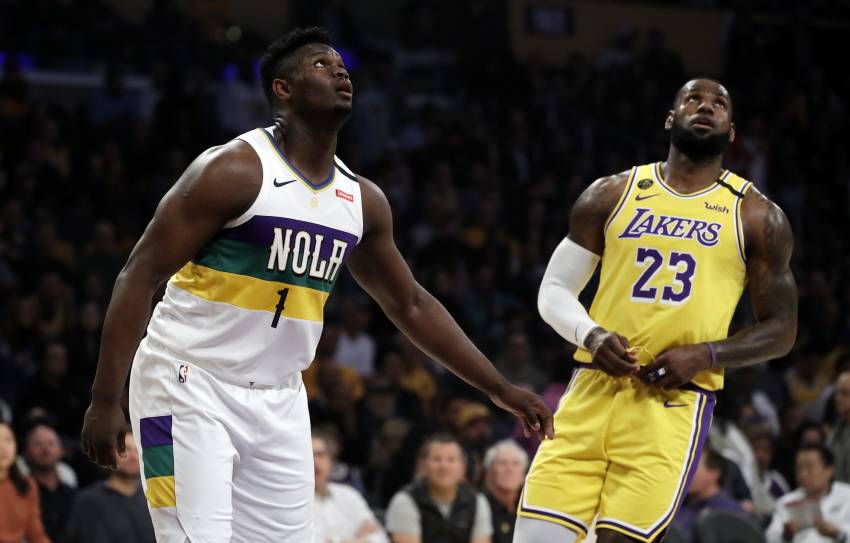 There’s bad ideas, and then there’s the idea of resuming an NBA season with playoffs only at a neutral site starting July 31.

NBA commissioner Adam Silver and the league office informed Board of Governors that July 31 is a target date for return of season, sources tell @TheAthleticNBA @Stadium.

July 31? That’s more than 4 1/2 months since the regular season was suspended suddenly due to the COVID-19 pandemic.

A tip off date on the last day of July with no additional regular season and an expanded playoff is reportedly the plan most preferred by the league office.

Owners are largely planning to pledge support for Silver's final recommedation on a plan, which teams expect to include invitations for 20-to-22 teams to resume the season, sources tell @ramonashelburne, @ZachLowe_NBA and me. https://t.co/8waxNm1Dpc

I’ve got a better plan.

If the playoffs start at the end of July, when do the NBA Finals begin?

If next season begins in December, it will make the gap between meaningful games played by several teams about nine months. So, not only will the bad teams this season not have a chance to make a late run for a playoff spot, but the younger rosters also will not have a chance to coalesce and improve in regular season games for a calendar year.

In fact, if there’s any team in the NBA that has gained the most due to the virus, it appears to be New Orleans.

The Pelicans had the easiest schedule over the last 18 games. Only 3 1/2 games behind Memphis for the eighth and final playoff spot in the Western Conference, New Orleans was slightly favored to surpass the Grizzlies. Now the Pelicans – talented enough at full strength to compete with the better teams in the league – appear likely to gain a full-fledged lifeline from the league.

But back to the bigger issue at hand. For weeks, the NBA has debated a plan going forward. Part of the reason for the lengthy debate is because of all the plans proposed, none of them is a quality way moving forward.

If games are played this summer, it only hurts the product next year.

I’ve said it before, and I will say it again. Sports has survived not crowning a champion before and has once again flourished.

Baseball, due to labor unrest, didn’t have a champion in 1994. It survived. No matter what happens (or doesn’t happen) this summer, so will NBA basketball.

The clock on a real NBA season ran out long ago.