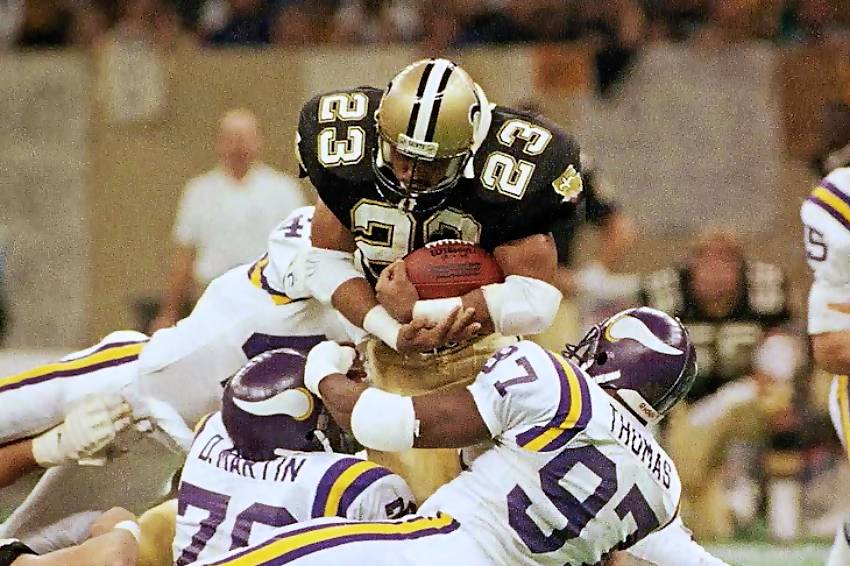 The Hall of Fame running back from Iota coined the “Iota Two-Step” with his high-knee runs into the end zone while becoming the state of Louisiana career rushing record holder from his playing days at McNeese from 1981-84.

That record has since been broken but Jordan continues to rank in the top five all-time. But one thing that will never be taken away from Jordan and is family occurred on Friday afternoon in Burton Coliseum.

Thirty-eight years after playing in his final game in the blue and gold then onto a professional career with the USFL’s New Orleans and Portland Breakers then the NFL’s New Orleans Saints, Jordan walked across the stage to receive his Associates of Liberal Arts degree.

“It was awesome,” said Jordan who resides in New Orleans and was able to complete his degree via the internet. “I Finally feel like I did something while I was here. Me and my wife did everything we could to make sure our kids got their degree, now it was my time.

“Now all of us in the family have one, my wife, daughter and son.”

Retired and drawing NFL disability, Jordan continues to give back in the crescent city community, working with young athletes from ages 10 on up every Saturday morning.

“It’s a way I’ve wanted to give back and have been doing it for years,” said Jordan. “But I’m going to be around McNeese a lot more.”

That’ll be a welcome sight for Poke Nation.

Friday was a day of joy and celebration for the Jordan family. And an inspiration for everyone who has thought about returning to earn their degree.

“It’s never too late,” said Jordan. “To get this (degree) and do it, it puts all the icing on the cake of all the accomplishments I’ve earned in my career.”

Jordan is already a member of the McNeese Sports and Louisiana Sports Hall of Fame. A degree is required to be considered for the College Football Hall of Fame. It’s time to add that to his list of accomplishments.