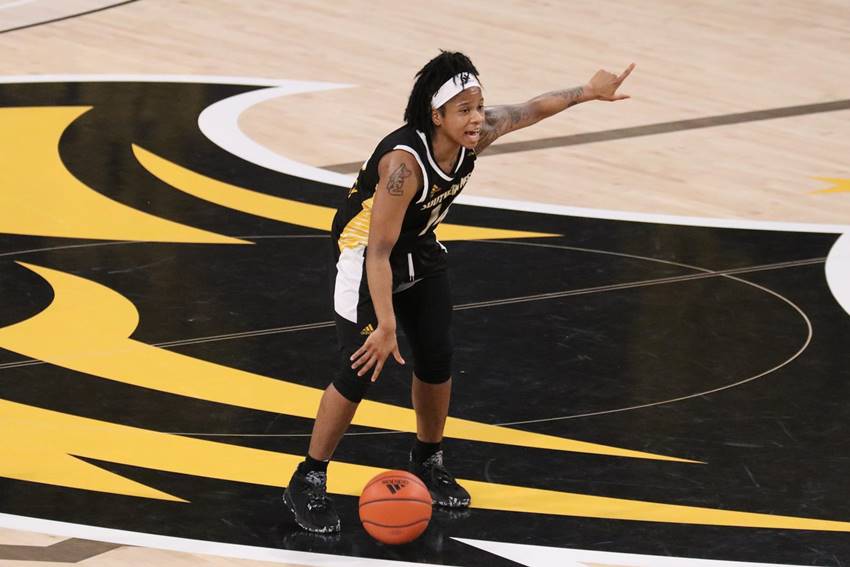 “We are excited to welcome Kahia to our Green Wave family,” Stockton said. “Kahia brings a level of toughness and competitiveness that meshes well with our team. She has the ability to score and create for others. Kahia is a vocal leader and a gritty defensive player. She is a Louisiana girl that’s excited to be back home. She is looking forward to making an impact on the court, in the classroom, and in the community as a Tulane Student-Athlete.”

Warmsley arrives Uptown after spending her freshman season at Southern Miss. She started 12 games and appeared in 16 for the Golden Eagles during the 2020-21 season. The Shreveport, La., native finished second on the team in scoring, averaging 9.1 points and 3.3 rebounds per game.

Warmsley logged a career-high 25 points against UTSA on Jan. 23. She scored in double figures in seven games for Southern Miss.

Prior to her time in Hattiesburg, Miss., Warmsley averaged 18 points, six rebounds, three assists and 1.5 steals at Mansfield High School. She was named the 2020 LHSAA Class 3A Player of the Year and the 2020 Shreveport Times All-Area Player of Year. The Shreveport native earned first team all-district honors all four of her high school seasons. Warmsley was also named all-state twice.

The 5-8 guard led Mansfield to back-to-back Louisiana State Finals capturing the title as a junior.