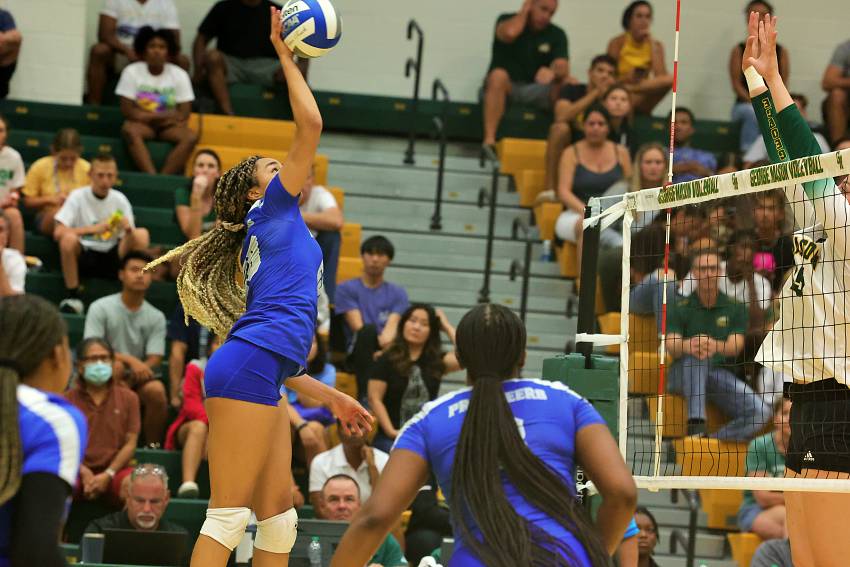 The Privateers overcame a tough first set in which their opponent hit .531. New Orleans forced 12 attack errors over the next two sets and earned a 2-1 lead on the match.

The Patriots fell behind 4-0 in the fourth set and were on the ropes. George Mason quickly tied the score at 5-5 and had kills from three different players. The Patriots then moved out to a three-point edge but the Privateers leveled the score back up again at 13-13 with two Mauri Carver kills in that stretch.

George Mason responded with a 7-2 run and finished out the set from there. The Patriots had 17 kills for the set.

The fifth and final set started on a level note through the first eight rallies. From there, Gabriella Gelfound had two kills and a block assist to help the Patriots to a lead they did not relinquish for the remainder of the match.

Sophia Ewalefo had 14 kills and just two errors on the night along with 14 digs for her first collegiate double-double. Trinity Jackson added 11 kills. Carver finished with 10 kills and four total blocks. Kamryn Scroggins had 42 assists and Sheilah Purcell led the way in digs with 18.

The Privateers will travel to North Alabama for the North Alabama Invitational next weekend where they’ll face Lamar and Grambling along with the hosts.