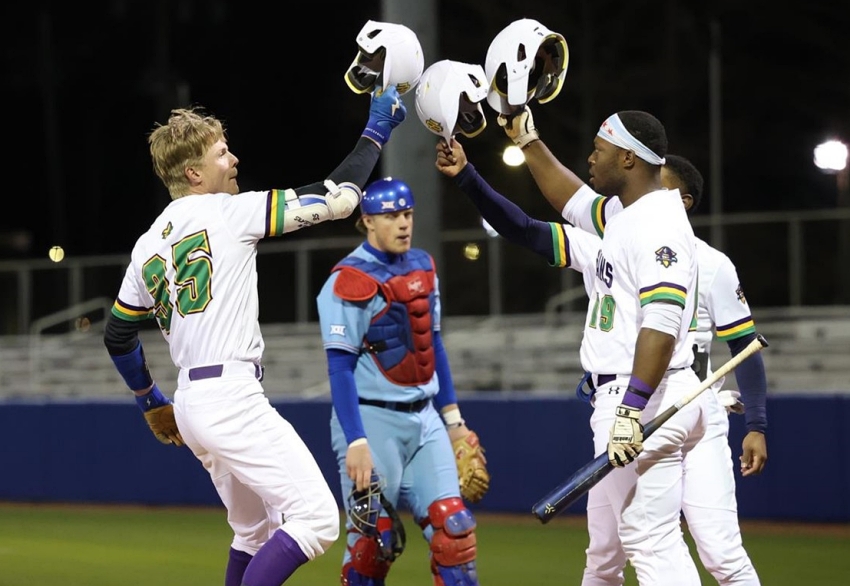 FRISCO, Texas – Pearce Howard earned the first Southland Hitter of the Week award by a New Orleans Privateer this season. The league announced Howard as the recipient of the weekly honor on Tuesday afternoon.

Howard had a solid series against the Kansas Jayhawks as the Privateers took two of three from the Jayhawks. He went 5-for-12 with five RBI in the series as the Privateers are out to a 5-1 start through the first two weeks of 2022.

On Friday, Howard drilled a two-run home run in the first inning against Cole Larsen to put the Privateers ahead early. He wound up collecting three hits and three RBI for the night as New Orleans held on for a 4-3 win.

After a loss on Saturday, the Privateers bounced back with a 5-2 victory on Sunday. In that game, Howard had two hits and two RBI including a double to left-center.

The double was Howard’s 42nd of his career, which moved him into the top ten in doubles in program history.

Michael Garza of UIW won Pitcher of the Week honors.

New Orleans will begin a four-game road week on Wednesday night against LSU. The Privateers will then travel to Monroe for a weekend series against ULM.