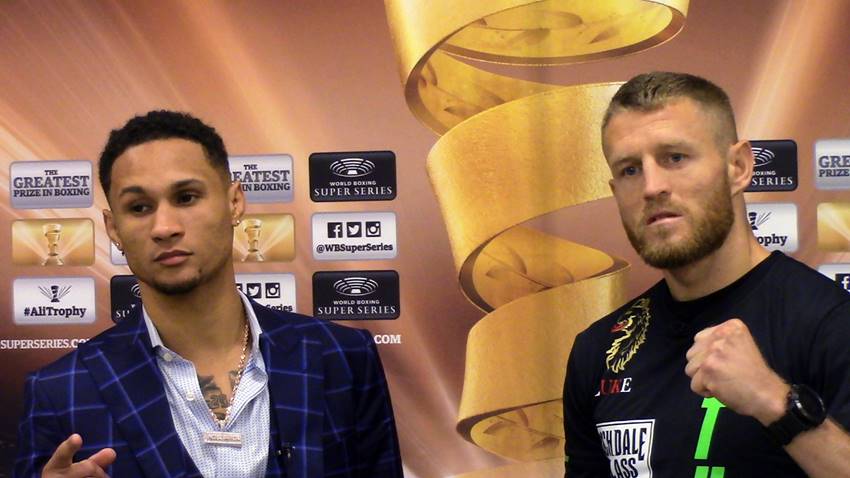 Prograis: "I will go out there, be me and have fun" versus Flanagan

Prograis – a native New Orleanian – fought in front of his fans at the Lakefront Arena for the first time in July when be beat Argentinian Juan Jose Velasco to secure a place in the Super-Lightweight edition of the World Boxing Super Series.

Tickets for the bouts are on sale through TicketMaster.com and at the arena box office.

“I just can’t wait. Thank you all for coming out,” said Prograis at the weigh-in podium. “I beat the piss out of him tomorrow.”

“Let’s not forget I’ve been the world champion, I have had five defenses of the world title, I have got the experience and I am here to win, take the title home and become a two-weight world champion.

“It is going to be a hostile Saturday night, but I like it, I have been in people’s backyards before and came out victorious. I am excited, Terry Flanagan is going to win.”

The winner of Prograis vs Flanagan faces Kiryl Relikh in the semi-final.

“I am the favourite in this fight,” said Miami-based ‘Beast’ Baranchyk. “I am young, hungry, I am the beast! This is a world title, it is a World Boxing Super Series quarter-final. I am ready to fight.”

To the experts believing Baranchyk will win the fight, Yigit said: “Those people don’t know shit about boxing. Look, let me tell you something. They don’t know about me because I am from Europe. Everyone here has seen him fight on the American shows, but I am here and I will shock everybody.”

The winner of Baranchyk vs Yigit faces the winner of November 3rd’s Josh Taylor vs Ryan Martin in the semi-final.

Fans in the U.S. can watch Saturday’s quarter-finals LIVE on DAZN, the global sports streaming platform. To sign up for a one-month free trial, fans can visit DAZN.com or download the DAZN app to their preferred connected device.

Tickets for the bouts at Lakefront Arena are on sale through TicketMaster.com and at the arena box office.