NEW ORLEANS – The Allstate Sugar Bowl’s Sports Awards Committee has produced a one-hour television broadcast to recognize the Class of 2020 of the Greater New Orleans Sports Hall of Fame as well as the best amateur athletes in the region. The show will debut this Wednesday, September 2 on Cox Sports Television and then will be re-broadcast seven times throughout the month of September. 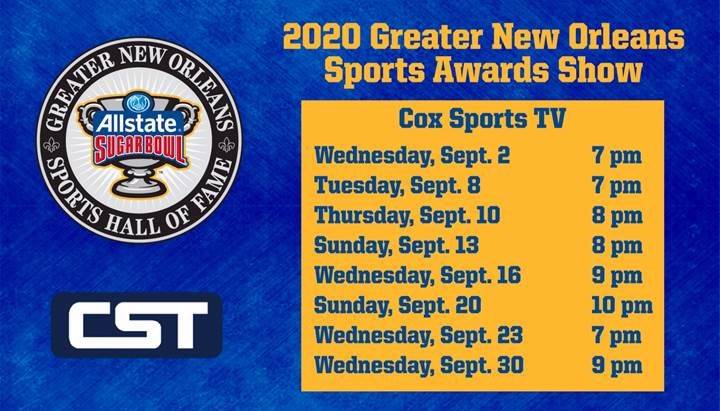