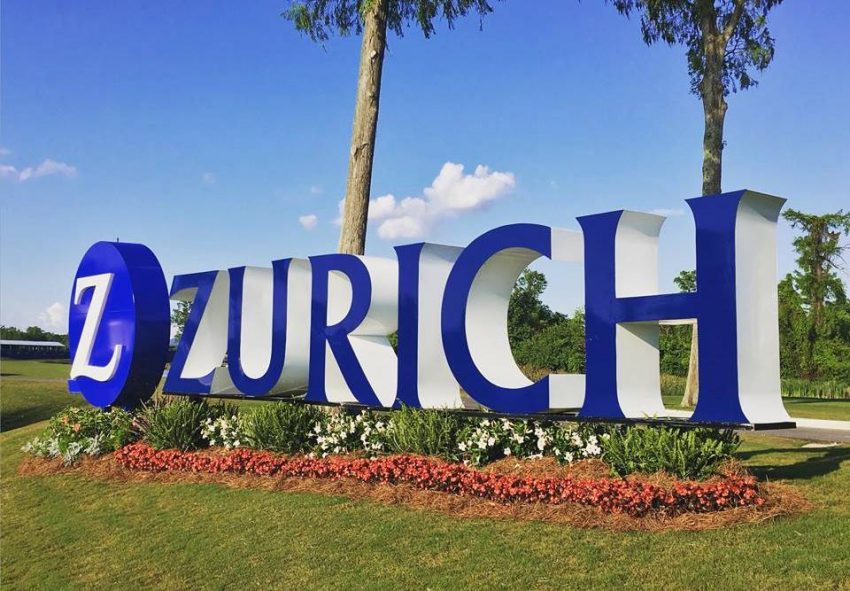 NEW ORLEANS — As the Zurich Classic approaches in just a few days, a number of prominent PGA Tour players have committed teams to compete for the 2021 title, announced Steve Worthy, CEO of the Fore!Kids Foundation, producers of the tournament.

“Since moving to the team format in 2017, we have enjoyed very strong fields,” said Worthy. “We already have half the top-10 ranked players in the world, and many of our other teams represent multiple tournament winners,” he added.

Some of the prominent teams committed to the Zurich Classic include:

· Kevin Kisner and Scott Brown—This duo has finished in the top 15 of the Zurich Classic every year since it moved to the team format. In 2017, the first year of team play, they forced a Monday playoff when Kisner nailed a 90-foot chip in Sunday’s gathering darkness on the 18th hole. Kisner and Brown scored a tie for fifth in the 2019 Zurich Classic and a tie for 15th in the 2018 tournament.
Kisner also went on to win the 2019 WGC-Dell Technologies Match Play after losing in the final match the year before. Brown tied for second place in the 2020 Genesis Invitational and scored three top-10 finishes in 2019.

· Brandt Snedeker and Keith Mitchell—Snedeker has won nine times on the PGA Tour and claimed the FedExCup Championship in 2012. He is also a two-time Ryder Cup member and played in the Presidents Cup once. Mitchell, an All-American at the University of Georgia, earned his first PGA Tour title at the Honda Classic in 2019.

· Max Homa and Talor Gooch—Homa won The Genesis Invitational this year when he defeated Tony Finau in a playoff. He was a first-team All-American his senior year at Cal-Berkeley and became Cal’s first individual champion at the 2013 NCAA Championship. Gooch has posted three top-5 finishes in 2021, his fourth season on the Tour.

· Keegan Bradley and Brendon Steele—Bradley, the nephew of LPGA great and World Golf Hall of Fame member Pat Bradley, won the PGA Championship in his rookie season in 2011 when he was voted Rookie of the Year. Gooch has earned three top-5 finishes this season in search of his first PGA Tour victory.

· Branden Grace and Harold Varner III—Grace won the Puerto Rico Open in February for his second PGA Tour win since 2016 , but he has won 12 times internationally on the European and South African tours. Grace has played on three International Presidents Cup teams and went undefeated over four matches in the 2015 competition. Varner is still seeking this first PGA Tour victory but won the Australian PGA Championship in 2016. So far this season, he has recorded three top-15 finishes.

· J.B. Holmes and Robert Garrigus—Holmes is a six-time winner on the PGA Tour, most recently at the 2019 Genesis Open. He played on two winning Ryder Cup teams in 2008 and 2016 and posted a 2-0-1 record in 2008. Garrigus overcame an opening round of 73 to finish tied for fifth in the 2014 Zurich Classic. His 64 on a windy Sunday was the lowest score of the day by four strokes.

· Sungjae Im and Byeong Hun An—Ranked 20th in the world, Sung Jae Im tied for second in the 2020 Masters and won the Honda Classic the same year. He posted a record of 3-1-1 in the 2019 Presidents Cup that the International Team almost won. Ben An represented South Korea in the 2016 Olympics and made the 2019 International Presidents Cup team. He has won three international tournaments and finished in the top 6 in three PGA Tour events last year. This team will have the distinction of the shortest name in the tournament—Im-An.

· Jason Kokrak and Pat Perez—Kokrak, ranked 33rd in the world, won his first tournament earlier this season at the CJ Cup. He also tied for 8th at the Arnold Palmer Invitational and tied for 9th at The Players Championship. Pat Perez has won three times on the PGA Tour, most recently at the 2018 CIMB Classic. Partnered with Jason Dufner, Perez took second in the 2019 Zurich Classic.

· Graeme McDowell and Matt Wallace—McDowell has won four times on the PGA Tour, most notably the 2010 U.S. Open. He also has claimed 11 European Tour victories, including the 2013 Volvo World Match Play. He has played on the European Ryder Cup team four times, going undefeated in the 2014 victory over the U.S. Wallace has earned four international victories and tied for third in the 2019 PGA Championship, the best finish for a European player in the tournament that year. This season, his best tournament was a third at the Valero Texas Open.

· Brian Stuard and Russell Knox—Stuard was the last individual champion of the Zurich Classic when he won the rain-shortened tournament in 2016. This season his best finish was a tie for third at the Safeway Open. He has played the Zurich Classic every year since the tournament moved to team play, with his best finish a tie for 11th in 2017 playing with Chris Stroud. Knox has won twice on the PGA Tour, both titles in 2016. He also took the 2018 Dubai Free Duty Irish Open for his only win on the European Tour.