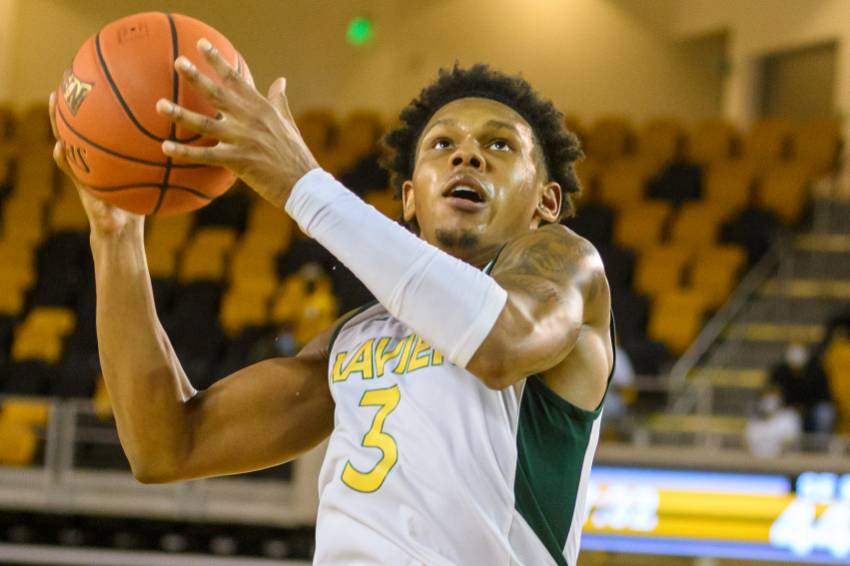 NEW ORLEANS, La. – Rayshawn Mart has consistently been the gold standard for the Gold Rush, claiming his third GCAC Player of the Week Award of 2020-21 with a lights out performance against Carver Bible.

In the eight games that Xavier has played in this season, the guard has surpassed 20 points in six of them with the latest being a 29-point barrage in a lopsided 88-41 victory.

The 43-point margin of victory was the largest by XULA since 2007 while also contributing five rebounds, four steals and two assists without committing a turnover.