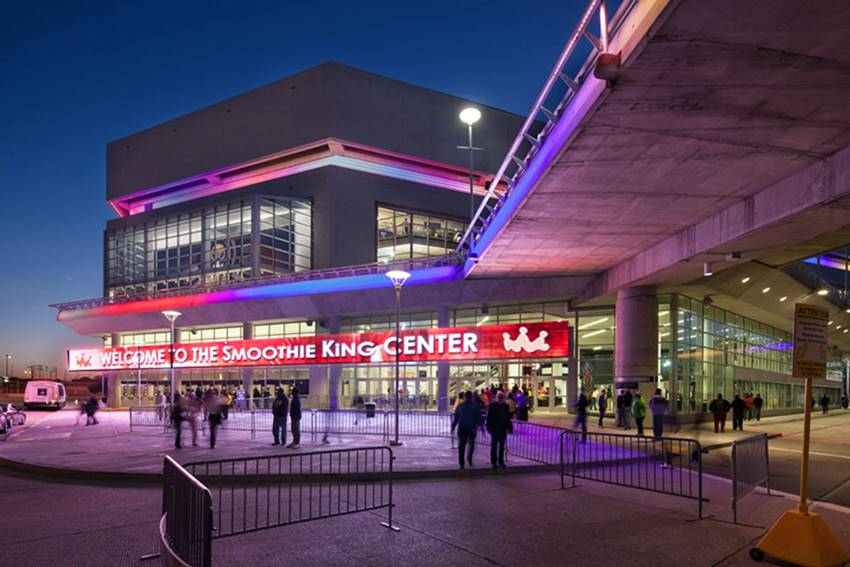 The impact of the COVID-19 pandemic is affecting sports in the New Orleans area and beyond.

The biggest event impacted is the Women’s Final Four, which will now take place on April 3-5 at the Smoothie King Center with only essential personnel and family members in attendance.

“I have made the decision to conduct our upcoming championship events, including the Division I men’s and women’s basketball tournaments, with only essential staff and limited family attendance,” NCAA president Mark Emmert said in a statement Wednesday afternoon.

The Women’s Final Four generated a $32 million economic impact for New Orleans in 2013.

“Just prior to NCAA President Mark Emmert’s announcement, the New Orleans Women’s Final Four Local Organizing Committee, led by the Greater New Orleans Sports Foundation, Tulane University, University of New Orleans and the Sugar Bowl, was notified today of the decision to play the 2020 NCAA Division I Women’s Basketball Championship games in closed venues with essential personnel only,” Greater New Orleans Sports Foundation president and CEO Jay Cicero said in a statement Wednesday night. “The Local Organizing Committee will provide the media and public with updates as plans are adjusted and finalized.”

The NCAA said that fans who purchased tickets to a championship event such as the Women’s Final Four will receive refunds within 30 days if purchased “from an official NCAA vendor or online.”

In a separate statement, the NCAA’s COVID-19 advisory panel recommended “against sporting events open to the public.”

“We do believe sport events can take place with only essential personnel and limited family attendance,” the statement continued, “and this protects our players, employees and fans.”

Largely in response to the NCAA statement, local schools are limiting attendance at home events.

LSU on Wednesday night joined Tulane University and the University of New Orleans in enacting policies.

LSU and the rest of the Southeastern Conference will allow only participating student-athletes, coaches, families, officials, essential personnel and credentialed media into home events from March 12-30.

UPDATE: The SEC canceled their men’s conference tournament and all league sporting events through MArch 30.

For Tulane, the measures come into play right as the baseball program hosts one of its biggest series in years – a three-game set against No. 16 Long Beach State beginning Friday night. That series will continue as scheduled this weekend, the athletic department said, but with the limited attendance measures in place.

On Thursday, several conferences, including the Southeastern Conference and American Athletic Conference, announced they were canceling the remainder of their tournaments.

Other conference basketball tournaments this week involving Louisiana schools had announced restricted access Wednesday night, including the Southland, SWAC and Conference USA. However, Thursday brought cancellations of league tournaments around the country. The SWAC has yet to make any decisions known.

The Louisiana High School Athletic Association is hosting its boys basketball non-select semifinals and finals at Burton Coliseum in Lake Charles through Saturday. That event continued on as scheduled Wednesday.

“At the present time, the LHSAA will proceed with the boys’ championships as scheduled,” the association said in a statement Wednesday night. “After tonight, the games will proceed on a day-to-day basis.

“There is always the possibility that fans will not be allowed to attend or that the tournament may be cancelled if the situation warrants.”

The Allstate Sugar Bowl St. Patrick’s Day Classic road race scheduled for Sunday in Metairie has been canceled, while next month’s scheduled Association of Racing Commissioners International annual conference at the Astor Crowne Plaza has also been shelved.