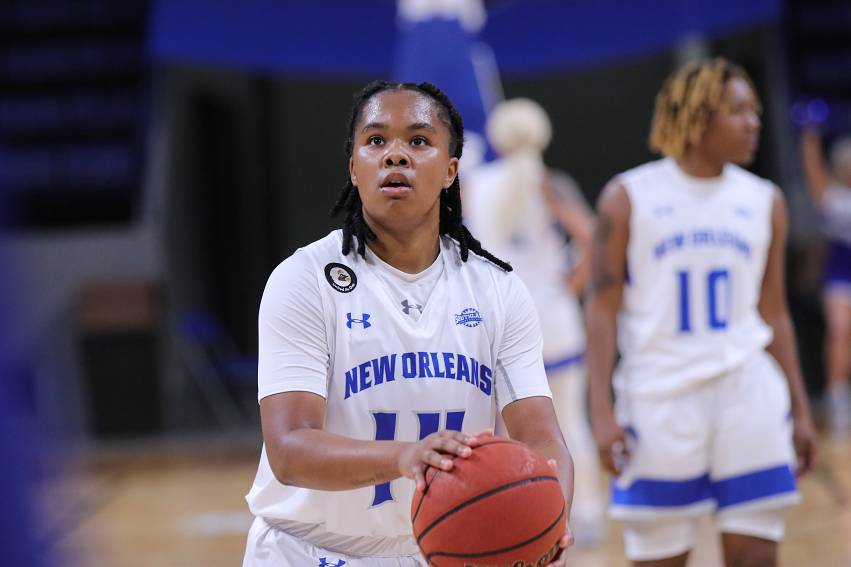 NEW ORLEANS – Jomyra Mathis and Kyla Davis combined for 33 points while Brianna Ellis hit clutch free throws down the stretch to vault the New Orleans Privateers to a 63-58 win over the Xavier (La.) Gold Nuggets on Thursday evening at the Lakefront Arena.

The Privateers outlasted Xavier by hitting 10-of-13 free throws in the fourth quarter. The home side snagged the win by outscoring the Gold Nuggets 10-3 from the charity stripe to stave off Xavier in a contest that never saw either team lead by more than eight points.

THAT WINNING FEELING
New Orleans has won every regular season home opener since the 2015-16 season. In that same span, the Privateers have won 51 games at the Lakefront Arena.

HOW IT HAPPENED
The Privateers took a bit to get going offensively as Mathis put up the first bucket at the 6:10 mark of the first quarter. The emphasis was on both defenses early as both teams limited the other to 25% shooting from the field.

New Orleans clawed their way to a 24-23 halftime lead when Tiana Gipson knocked down a triple with 45 seconds remaining in the half.

Out of the locker room, the Privateers continued to lock down Xavier. The Gold Nuggets only made two field goals in the third quarter and New Orleans held a 42-40 advantage heading into the fourth.

The Privateers pressure defense was relentless down the stretch as they forced eight Xavier turnovers over the last 10 minutes. For the game, New Orleans had 17 offensive rebounds and doubled the amount of second chance points that Xavier had for the night.

FROM COACH DAVENPORT
“A win is a win because I don’t want to keep learning from losses. I want to go into tomorrow learning from a W. Coach Browder is an awesome coach and they’re going to do well in NAIA. All kudos to how hard his kids played but I just think tonight we finished well.”

“Bri was in foul trouble the whole game but finished strong. Jomyra was tough in there and Kyla really gave us some great minutes on the floor.”

NEXT UP
The Privateers will have a short turnaround when they head to Lafayette to face the Louisiana Ragin’ Cajuns on Saturday at 2 p.m.