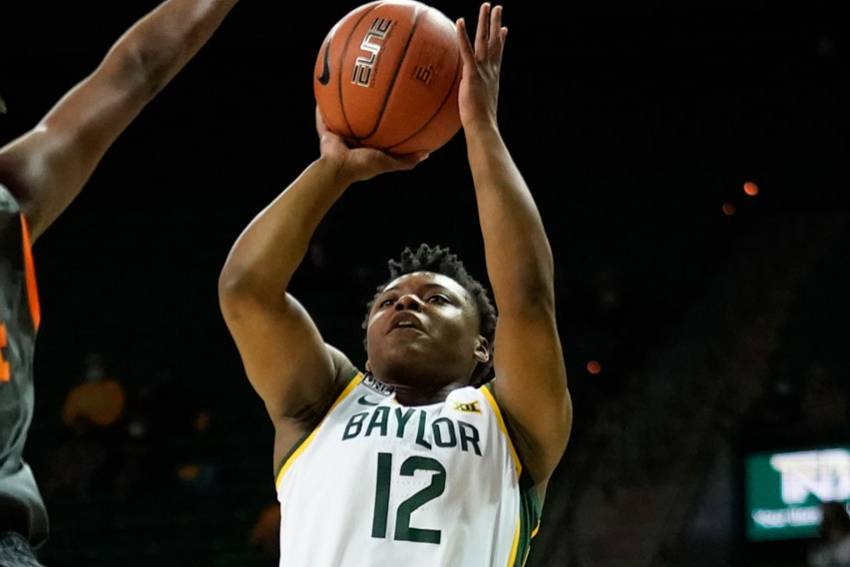 The dual homecoming to Louisiana for Moon Ursin with Kim Mulkey didn’t last long but the former is set to play close to home anyway.

The women’s basketball standout will transfer to Tulane just months after following her head coach Mulkey from Baylor to LSU.

In four seasons at Baylor, the 5-foot-6 guard helped the Bears to a 126-8 record and an NCAA title in her sophomore season. Ursin has also been honored for her academic prowess each year in college.

Sophomore forward Hannah Gusters was the other Baylor player who followed Mulkey to Baton Rouge.

BIRMINGHAM, Alabama – The Tulane University women’s basketball team announced today the addition of Moon Ursin, who will join the team as a graduate transfer.

Ursin, a 5 foot 6 inch guard, arrives at Tulane following a decorated four-year career at Baylor where she saw action in 127 career games and scored over 700 points throughout her time in Waco, Texas.

“We could not be more excited to welcome Louisiana native, Moon Ursin to our program,” head coach Lisa Stockton said. “Her versatility and athleticism will be great assets to our team and will elevate our level of play. Our Green Wave fans will enjoy watching this dynamic guard.”

During the 2020-21 campaign, Ursin started in all 31 games for Baylor, averaged 12.6 points per game, pulled down 6.6 rebounds per game and dished out 118 assists on the year en route to earning Second Team All-Big 12 Conference honors. In 2018, Ursin was selected to the Big 12 All-Rookie team.

In four seasons at Baylor, Ursin helped guide the Bears to four regular season Big 12 Championships and three Big 12 Tournament Championships. She also was a member of the NCAA National Championship squad in 2019. In the 2021 NCAA postseason, she helped lead the Bears to an Elite Eight appearance against top seeded UConn.

Off the court, Ursin was equally impressive, earning First Team Academic All-Big 12 honors in 2019, 2020 and 2021. She also was selected to the Big 12 Commissioner’s Honor Roll five times.

As a high school student-athlete, Ursin became the first player to ever secure three Gatorade Player of the Year awards in the state of Louisiana. She earned two Miss Basketball Louisiana Awards, was a three-time District 7-5A MVP and Defensive Player of the Year. In addition, she was a three-time All-State First Team selection and New Orleans Advocate Metro Team pick.

Ursin led Destrehan to three district championships and completed her high school career with 2,901 points with a 121-8 career record as a player.

Prior to heading to Baylor, Ursin earned a four-star rating was ranked No. 12 at guard and No. 64 overall in her class.