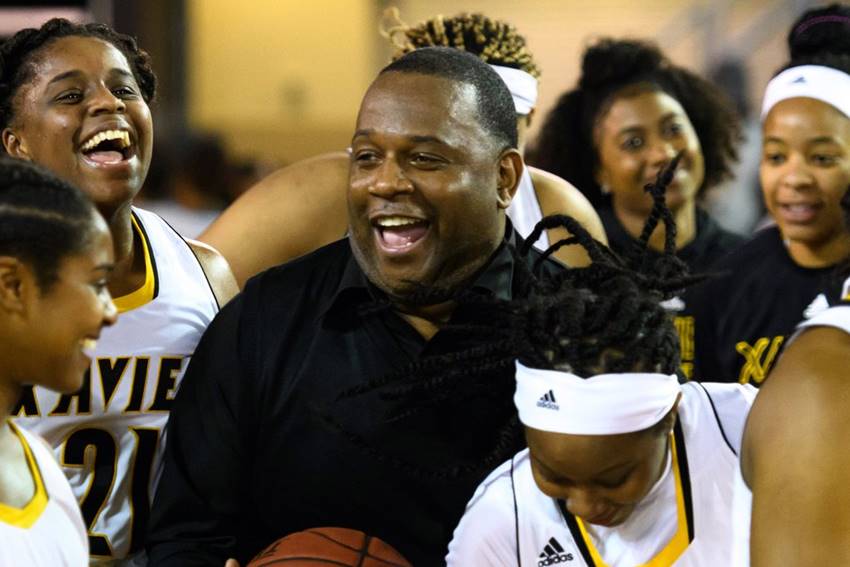 The Xavier University of Louisiana women’s basketball program will look to end its GCAC Tournament Title drought after five years and expect to make a return trip to the NAIA Tournament after missing the cut a year ago.

Bo Browder is the longest tenured coach across all sports in the GCAC. His illustrious career includes 15 NAIA Tournament berths, eight Conference Championships, six GCAC Coach of the Year Awards and the 2018-19 Louisiana Coach of the Year accolade.

The Gold Nuggets ranked in the league’s top-tier for both assists per game (15.42) and points allowed per game (65.00), placing third and fourth, respectively.

XULA will have a relatively young squad in 2020-21 with only one senior on the active roster. Browder’s club will have sophomore Abryhia Irons back along with juniors Da’Jha Virgil and Kyla Duncan roaming the Convocation Center.

Xavier reeled in a trio of high-impact transfers with Nia Bishop, Victory Udechi and Jelisa Smith.

Udechi transferred from one New Orleans school to the other after Southern-New Orleans dropped its athletic programs over the summer. The former Lady Knight was one of the best players in the conference last year, finishing third for rebounds per game (11.58), fourth in double-doubles (11), fifth for total rebounds (278) and tenth in steals per game (1.96).

Smith used to be a Lady Bulldog from Tougaloo College where she converted the sixth-highest three-point field-goal percentage (.295), sixth-most threes (52) and seventh-best triples per game average (1.79) in the Gulf Coast Athletic Conference in 2019-2020.

The gold and green have scheduled ten out-of-conference contests including home-and-homes with William Carey, LSU-Alexandria and Loyola-New Orleans.