Without Russ, baseball championship week is not the same this year 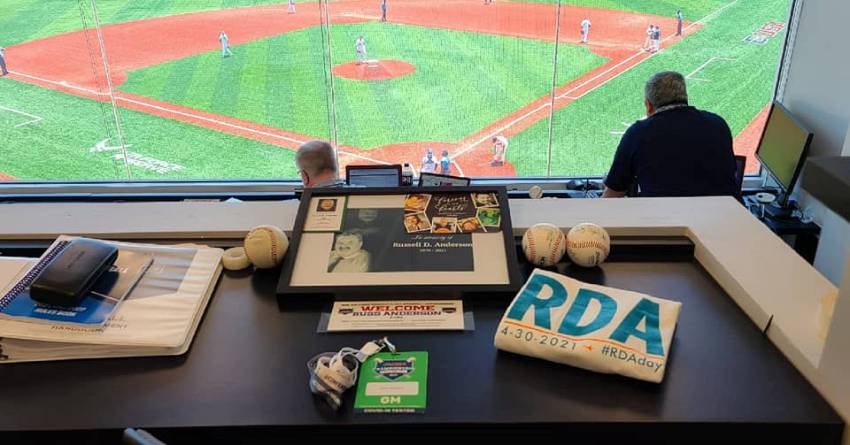 For a college baseball fan – and I’ve been one for 40 years – this is perhaps the best week of the year, with conference championships being decided over the next 4-5 days, teams trying to play their way off the bubble into an at-large berth in next week’s NCAA Tournament and wall-to-wall action from just about sunrise until after midnight.

The advent of conference-based networks, streaming services and packages like ESPN+ make baseball’s version of Championship Week even better, with the chance to whip around the country watching games from conference tournaments.

But as happy as college baseball fans are to see conference tournaments after missing them in 2020, for this writer, 2021 simply isn’t the same.

We’re missing our friend and one-time colleague, Russell Douglas Anderson, who died unexpectedly last month at the age of 50. 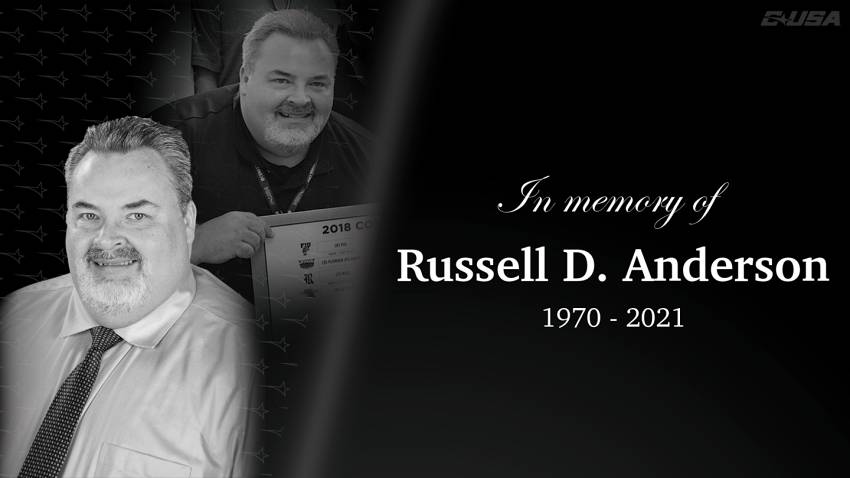 Anderson – Russ or RDA to most everyone – spent 26 years as part of the administrative team for Conference USA, where he was heavily involved in football and baseball operations and media relations and the league’s unofficial historian.

Additionally, Anderson served as associate executive director of the National Collegiate Baseball Writers Association. The NCBWA gave him their Wilbur Snypp Award for his outstanding contributions to the sport in 2002, and following his death, the award’s name was changed to the Snypp-Anderson Award.

Russ loved his job and was great at it, earning the respect of colleagues, media, coaches and administrators alike.

Part of his love for the job came from being a huge sports fan. His schedule to see C-USA football games on Saturdays in the fall usually bookended a nearby NFL game on Sunday, including an annual trip to the Superdome to see the Saints.

This week was one of his favorites of the year, watching every game of the C-USA tournament and playing a large role in managing the event, reaching out to NCAA committee members on behalf of potential at-large teams from the conference and keeping one eye on the goings-on at other conference tournaments.

Sometimes those 15-plus hour days got even longer when weather delays – much like what C-USA experienced early Wednesday in Ruston – got added on the agenda.

Once play got underway at J.C. Love Field about two hours after the scheduled 9 a.m. start time, we saw one of the tributes this week for Russ – his initials painted on the back of the pitcher’s mound, there in clear view for every pitch of the television broadcast. 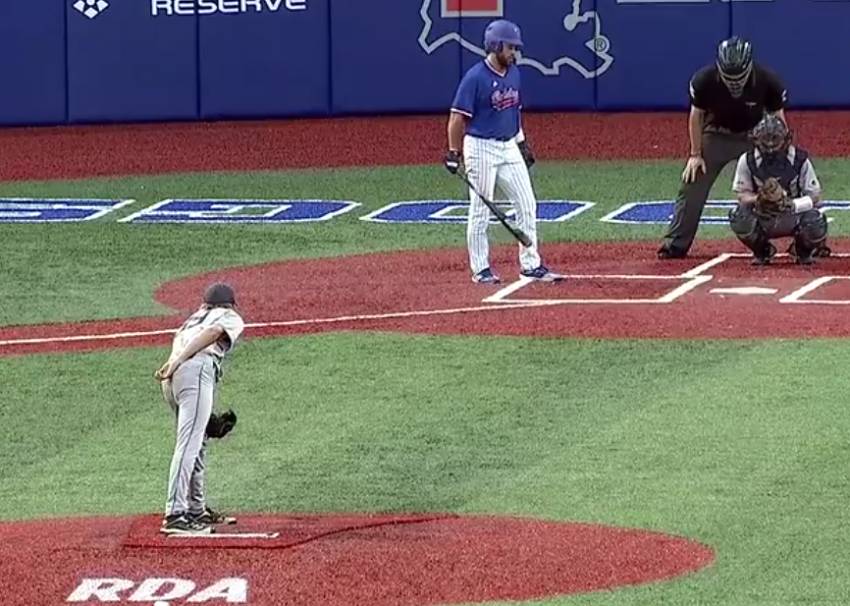 On the backs of every team’s helmet are RDA decals – black and white with pinstripes, like his hometown team, the Chicago White Sox.

Another tribute, inside the press box, featured an assigned seat for Anderson, including a tournament credential, a framed version of the “in memoriam” that appeared on the conference website last month, and a neatly folded “RDA” t-shirt that many of his colleagues around the country donned on April 30 in what the league called #RDAday, when a celebration of his life was held near the league’s north Texas headquarters.

While LA Tech is hosting this year’s tournament, C-USA has more often than not played its tournament in or near New Orleans. Of the league’s first 24 tournaments, five were hosted by Tulane during its time in the league, either at Turchin Stadium or the park formerly known as Zephyr Field; six were at Southern Miss’ Pete Taylor Park, and the three most recent editions were at MGM Park in Biloxi.

That usually meant a Sunday night in New Orleans following a Sunday afternoon championship game. We often gathered for dinner that evening, unwinding after a long week of baseball, talking about what may happen the next day when the NCAA bracket was announced and looking ahead to football season. RDA was probably formulating his ideas for preseason NFL picks, which he would email to hundreds of friends and colleagues on the opening day of the season.

Sadly, there will be no more championship Sunday night dinners, no more preseason picks.

But while it’s different this week, we can still remember Russ Anderson’s impact on his favorite sport.