Winning is the only thing that will silence noise around Pelicans

NEW ORLEANS – David Griffin apparently is not much of a piano player.

He’s behind schedule in his quest to return the New Orleans Pelicans to the NBA playoffs.

But give the team’s executive vice president of basketball operations credit for this much: he has a pretty clear understanding of the noise surrounding his relationship with Zion Williamson.

“One thing that I have noticed after 28 years in the NBA,” Griffin said, “is that the facts are always distorted to glorify the winners and to vilify the losers.”

Of course, one person’s distortion can be another person’s reality.

That’s the nature of winning and losing – and news.

It can’t be ignored that Williamson – the franchise’s linchpin – has played in just 85 of a possible 144 games in his first two seasons and though he is scheduled to be ready for the season opener (October 20 vs. Philadelphia in the Smoothie King Center) he is limited in training camp because of off-season surgery to repair a broken bone in his right foot.

So the losing records come with an asterisk – one that fits right into the noise about Williamson, which tends to be about non-basketball stuff about as often as it is about basketball stuff.

“I think it’s safe to say that the noise that is around Zion is greater and more deafening than just about any player I’ve ever been around,” Griffin said. “People really enjoy hyperbole about him in large part because his gifts are so profound.”

This has been true since about five minutes after the Pelicans won the draft lottery and the opportunity to select Williamson with the No. 1 overall pick in 2019.

“I was together with Z and his family and a story broke that he wanted to go back to Duke and didn’t want to be in New Orleans,” Griffin said. “That was news to everyone in that room.”

Williamson didn’t go back to Duke.

Speculation routinely revolves around the assumption that Williamson will become the first NBA player to turn down a max contract that he is eligible for after this season and forfeit millions of dollars that no other team could offer him just to get out of New Orleans.

Williamson was asked about this at Media Day on Monday.

“I love it here,” Williamson said. “I love the city of New Orleans. I don’t want to be anywhere else.” 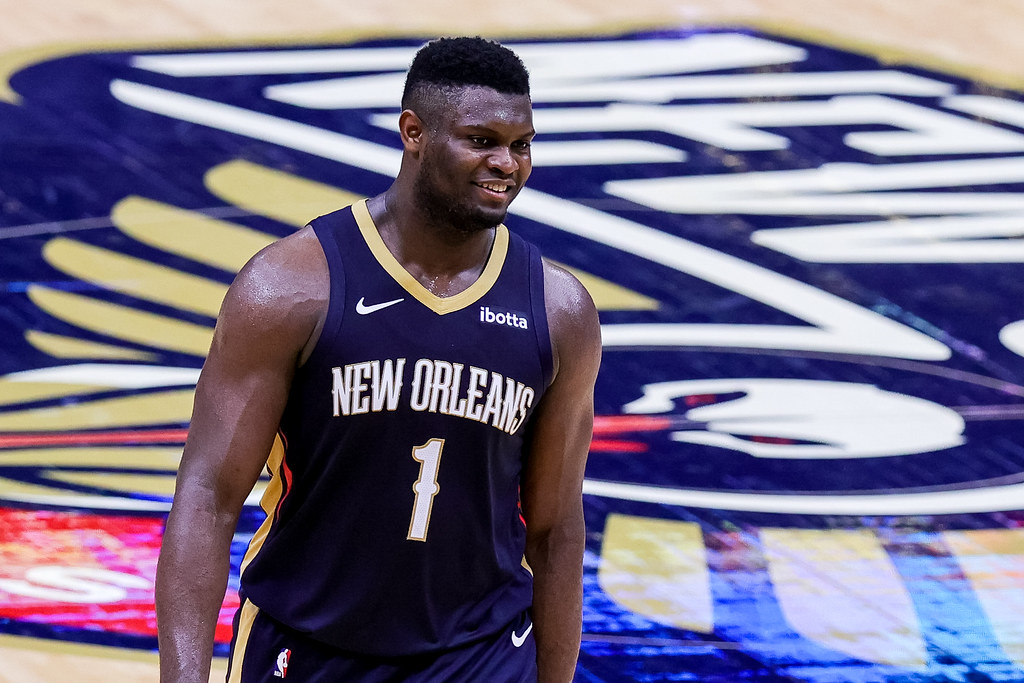 Of course, what else was he going to say? That he doesn’t like the organization or city that he is contractually bound to for two more seasons?

But the fact that his answer was predictable doesn’t mean it wasn’t sincere or at least partly true.

“It’s all love with me and Griff,” Williamson added. “We’re both competitors. We both want to win.

“Do we disagree on some things? Yeah. Who agrees on everything? We don’t, but I think that’s what makes our relationship great.”

Is their relationship great? Probably not.

It’s probably somewhere in a vast region between great, as he says, and irreparably strained, which the noise suggests.

Of course Williamson is unhappy with losing. He – like virtually every player in the NBA – desperately wants to win.

“There is going to be negativity around us until we win,” Griffin said.

Griffin’s efforts thus far to surround Williamson with the assets necessary to win have not been fruitful.

He brought in a bunch of ill-fitting veterans who lasted less than two years each – Derrick Favors, JJ Redick, Steven Adams, Eric Bledsoe – though he has drafted promising players – Jaxson Hayes, Nickeill Alexander-Walker, Kira Lewis Jr., Trey Murphy III and Herb Jones – in addition to the no-brainer in Williamson.

He has brought in ascending young veterans in Brandon Ingram and Josh Hart and this year’s roster features important newcomers in Devonte’ Graham, Jonas Valanciunas and Tomas Satoransky to try and give rookie coach Willie Green a better crafted roster than Griffin gave Van Gundy.

“We’re going to go as far as our results actually dictate that we do and not what people say about what we’re capable of,” Griffin said accurately.

The Advocate last week painted an unflattering portrait of Griffin based on interviews with current and former Pelicans employees that were quoted as unnamed sources.

Included in the report was an anecdote in which Griffin supposedly played the piano for Williamson at a gathering.

Griffin denied the report, saying “the image of me trying to play the piano for Zion was almost laughable because I don’t actually play the piano.”

Williamson sort of dismissed the piano anecdote, saying, “I think he only had a little keyboard with him that he brought to the bubble to try and learn how to play maybe, but outside of that no.”

So maybe the piano anecdote was part of that distorting Griffin was talking about.

Or maybe it was merely a matter of him covering his bases in case the Pelicans have yet another losing season.

Thus he could invoke the Elton John album title, “Don’t shoot me I’m only the piano player.”