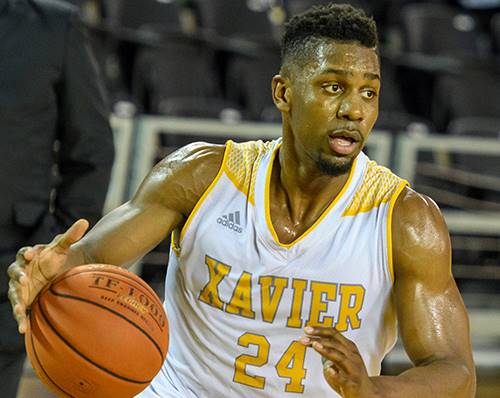 NEW ORLEANS — Xavier University of Louisiana graduate and men’s basketball standout William Loyd earned finals MVP during the spring in a Finland professional league and led his team to the championship.

Loyd averaged 25.4 points, 11.2 rebounds, 3.3 assists, 2.7 steals and one block per game for Pernion Urheilijat Basket of the 1st Division B League. In a two-game sweep of Hyvinkaan Ponteva in the finals, Loyd shot 62.5 percent from the floor and averaged 39 points, 16 rebounds, four assists, three steals and 1.5 blocks.

Loyd played for XULA from 2018-20 and was second-team NAIA Division I All-America as a senior, when he averaged 16.5 points and 7.2 rebounds per game and shot 57.7 percent from the floor and 71.7 percent from the line. Loyd was first-team All-Gulf Coast Athletic Conference and MVP of the GCAC Tournament, which the Gold Rush won in 2020 for the first time since 1996.

Loyd is from Baton Rouge, La., and a graduate of Madison Prep.