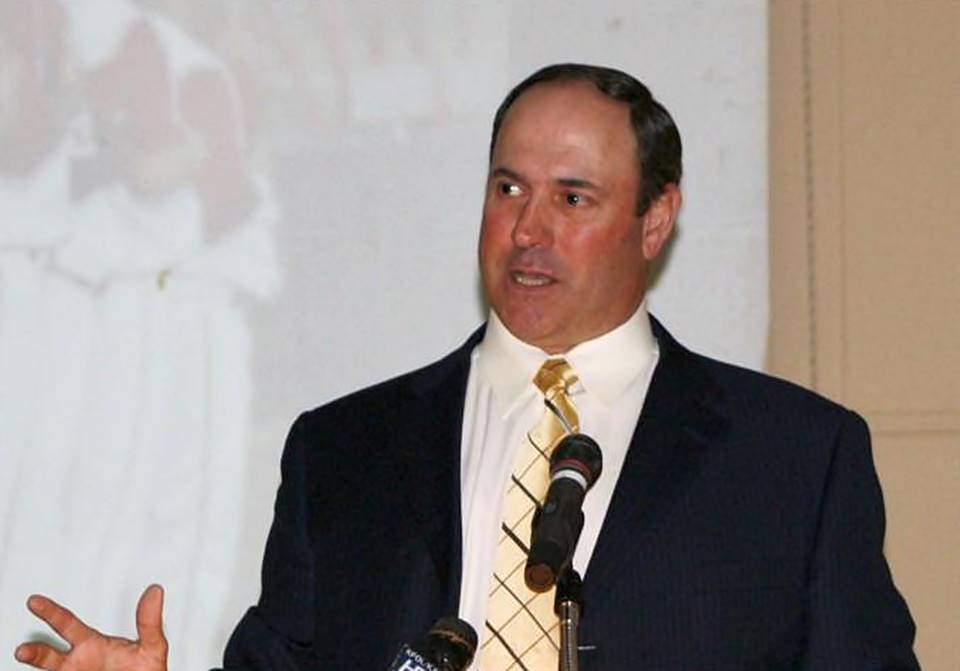 This is the final article of a series that takes an in-depth look at the career of native New Orleanian Will “The Thrill” Clark, who had an all-star career in Major League Baseball. Click here for the full series on Crescent City Sports.

Will Clark’s last hurrah as a major-leaguer came in 2000 when he spent the last two months of the season helping the St. Louis Cardinals coast into the playoffs.  His 15-year distinguished career took him from Digby Playground to Kirsch-Rooney Park in New Orleans, to Dudy Noble Field in Starkville, to Dodger Stadium in Los Angeles, to Rosenblatt Stadium in Omaha, to the Astrodome in Houston, to Candlestick Park in San Francisco, and many other major-league stadiums.

All along the way, Clark was an accomplished player, providing countless thrills to baseball fans with his dramatic hits in big games.  Consequently, he’s been recognized by numerous organizations for his achievements at all levels of baseball.  He’s continued to keep a hand in baseball, as several major-league organizations have employed him to impart his hitting expertise to their teams.  But perhaps his most important post-baseball activity has been raising a son with autism and eventually becoming a national spokesperson for autism awareness.

It may have been a bit surprising when Clark retired immediately after the 2000 season.  He had just come off one of the best two-month stints of his career, and at 36 years old it would seem he had a couple more seasons in him.  In his retirement announcement to the press, Clark even acknowledged that he thought he could still play.

But it wasn’t about his ability to continue to play that factored into his decision. He and his wife Lisa had two children, Ella and Trey, a two-year-old who had been diagnosed with Pervasive Development Disorder, a form of autism.  Clark felt he needed to focus his attention on helping Lisa care for Trey.  The time away from the family during spring training and the regular-season road trips prevented Clark from providing the kind of stability he and Lisa wanted for their son.

Clark stayed close to the game by serving as an advisor to the St. Louis Cardinals’ and Arizona Diamondback’s coaching staff in spring training.  As one of the best clutch hitters of his era, he brought a lot of expertise in hitting to those organizations’ young talent.

In 2009 he joined the San Francisco Giants’ front office as a special assistant.  He continues to serve in the role that involves representing the organization in various in-season and off-season community events in San Francisco.  He also attends spring training camp in Scottsdale and visits one of the Giants’ minor-league teams each year.  The role is perfect for Clark, who has remained a legend among long-time Giants fans, since it also allows him to continue to interact with players and fans, and it doesn’t require a significant time away from his family.

Yet his most important baseball student was his son Trey.  Clark got him involved in sports early on, and his being around other kids helped him with social interactions and his communications skills.  Trey turned out to be on the high-functioning end of autism and was able to be in the mainstream at a private school near his home in Prairieville, Louisiana.  Clark passed on his love for the game to his son.  On some of his baseball trips related to his advisory work, Clark would take Trey with him and encourage him to interact with major-league players in the clubhouse.

He became a volunteer coach at Trey’s school, The Dunham School in Baton Rouge, where Trey played outfield on the baseball team.  About his work with the school, he told the Shreveport Times in 2015, “Anytime I can help young guys get better, and help grow the game is a plus.  The real treat though, is getting to bond with my son over the game we both love.”  Clark and his wife dove headlong into autism awareness by becoming spokespersons on a national level.

Clark made several stops along his baseball journey, including teams that played in Louisiana, Mississippi, Nebraska, California, and all of the major-league cities.  He has been recognized by numerous sports organizations with awards and honors.  He just might “lead the league” in number of post-career honors he’s accumulated, just as he was among league leaders in hitting as a player.

He was inducted into the inaugural class of the College Baseball Hall of Fame (2006) and was named to the College World Series Legends Team (2010) in a poll of college baseball writers and Division I coaches.

The Bay Area Sports Hall of Fame in California inducted him in 2007.

However, the ultimate honor for a major-league player is election to the National Baseball Hall of Fame, which has eluded Clark despite his brilliant career.  In his first year of eligibility in 2006, he received only 4.4% of the votes of the Baseball Writers Association of America.  Since a minimum of 5% is required in the first year, he fell off their voting ballot for future consideration.

Then he got a second chance in 2017 when he was one of ten former players (whose primary contributions occurred after 1988) nominated for consideration for induction into the Hall.  In order to be enshrined, nominees must receive 75 percent of the votes by a panel of 16 experts, known as Today’s Game Era Committee.  At the time of his nomination, Clark told MLB.com, “That would be a big-time feather in the cap if that happens.  But if it doesn’t, that’s OK.  Because I didn’t play this sport to get into the Hall of Fame.  I played this sport because of the challenge and competition.”

Clark’s career slash line of .303/.384/.497 compares him favorably with many current Hall inductees.  His 28.1 WAR (Wins Above Replacement) in his prime years (1987-1991) rank him first among all Major League first basemen and sixth behind Barry Bonds, Wade Boggs, Cal Ripken Jr., Rickey Henderson, and Ozzie Smith.  Clark led all big-leaguers in that half-decade with a 153 OPS+ (On-Base Plus Slugging Percentage adjusted for ballpark factors).  He was named to the MLB All-Star team in five of his first seven seasons.  In four seasons between 1987 and 1991, he was among the Top 5 vote-getters for National League MVP.

But it turned out Clark didn’t receive the required number of votes by the Committee, probably because the length of his peak performance years was too short when compared to the other nominees.  Had he performed at a similar level for another five seasons or so, he could very well have a bronze plaque in Cooperstown.

Nevertheless, “The Thrill” will always be an icon of the game from his era.  His intensity, his scowl, and his sweet swing have forever earned him a place in the hearts of countless baseball fans.  And specifically in New Orleans, Clark shares the highest pedestal with the city’s other diamond legends, Mel Ott and Rusty Staub.