Where are they now? Former NFL cornerback Maurice Hurst 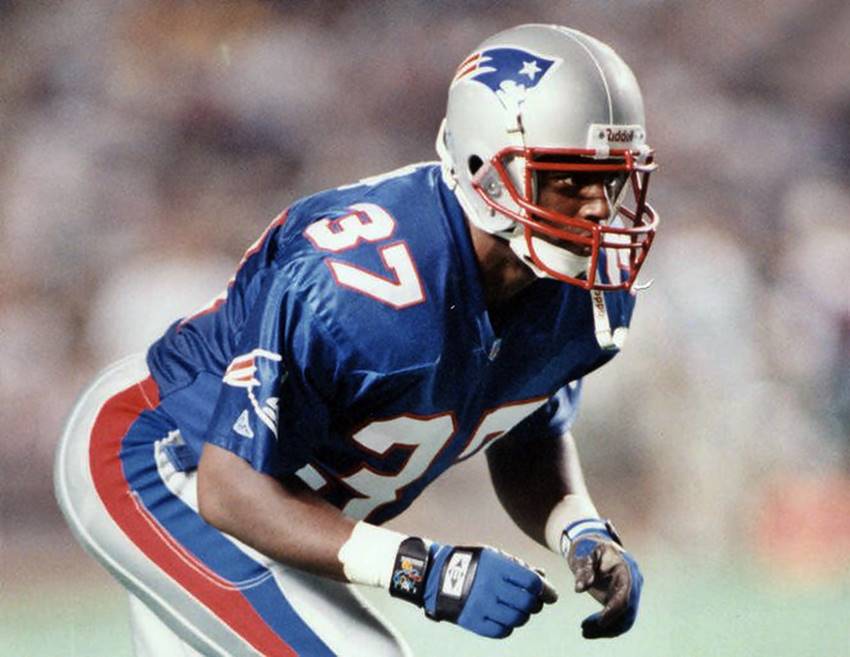 If LSU is considered DBU for the number of top level defensive backs is produces then the Fortier High School Tarpons from the 1980’s should have been labeled DB High.

Between 1984-’88, the Tarpons had a defensive backfield that at different times included Kevin Lewis (spent three years with the 49ers), Maurice Hurst (six years with the Patriots), Aeneas Williams (14-year career and Pro Football Hall of Fame induction), Ashley Ambrose (13 years in the NFL). Fortier products William Gage and Kirk Davenport both became Southern University defensive backs during that time period as well.

Alfred Levy and Robert Welch were the Fortier head coaches during that era.

“We didn’t have much in regard to facilities,” recalled Hurst, a 1985 graduate. “We converted a classroom into a weight room. We worked hard and used what we had. We did have a lot of young guys.”

Following his days at Fortier, Hurst onto the next phase where he continued to sharpen his skills at Southern. The decision would have a profound impact on his career. He split time in high school at wide receivers but began concentrating full time at cornerback in Baton Rouge.

During the ’87 spring, defensive coordinator Greg Blache, who came with Casem for one year, recognized Hurst’s overall skill set as something special in the making.

“(Blache) told me ‘I haven’t seen anyone explode to the ball like you. I know that you like catching touchdowns and you can make it in the NFL as a receiver, but receivers like you are a dime a dozen. You ought to think about corner. That’s your position.’ I started in the secondary that day and never looked back. I thank (Blache) everyday for that advice.”

Opening day posed a stiff challenge though. He squared off against heralded Frank Pillow, a 5-foot-10 speedster from Tennessee State who would play three seasons with the Tampa Bay Bucs. “They targeted him 17 times in that game,” Maurice said. “I held him to zero catches.” From that point, Hurst’s confidence only grew.

The Tarpons-turned-Jaguars were a formidable group.

“High-scoring Bethune Cookman came to town. They had a lot of playmakers. We shut them down, 14-0. All four of us had an interception,” Hurst bragged.

Hurst then impressed on the pre-NFL draft circuit. After the Combine, he had the chance to show off for scouts during Pro Day on the Southern campus. The Patriots, Cowboys, Raiders and Packers were on hand.

“I ran a 4.38 on my first try. They thought that their stopwatches were off, so they asked me to run again. I did it again. Same time. Patriots Vice President Joe Mendes, told me ‘you just made yourself a lot of money.'”

When the draft arrived, Hurst almost ended up playing in his hometown for the Saints.

“We got to the end of 3rd round and Jim Mora called me and told me that they wanted to take me.” Even though the Saints had already taken cornerbacks Robert Massey in the second round and Kim Phillips third, the front office were ready to cast their line to catch a Tarpon. The next New Orleans selection was 106th overall in the fourth round but the Patriots beat them to the punch, trading into the No. 98 pick.

It did not take long for Hurst to prove New England’s move to be correct. His rookie season was supposed to be a year to sit and learn but fat intervened. Ronnie Lippett blew out his Achilles and second round pick Eric Coleman was also injured. That meant two starting corners were down, paving the way for Maurice.

It was a home game at Sullivan Stadium on Sept. 14th. The Dolphins won 24-10, but there was a silver lining despie the trial by fire. Hurst recorded his first NFL interception.

“Clayton told me early on ‘Rookie, we’re about to introduce you to the NFL.’ I said bring it on. I had a rough night. They ran stutter routes and a few stop-and-go routes. Marino was eyeing me up all day. They had their way that game. I realized that day that I’d better get to work to play in the League. Clayton was one of two Dolphins to have over 100 yards receiving that day.

A little over a month later, Hurst made the biggest play of his young career.

“We were playing Jim Kelly and the Buffalo Bills. It was a late game. Andre Reed was in the slot. He ran an out cut. I read it when I saw (Kelly) release the ball. I took it to the House. I couldn’t believe it. When I got in the end zone, I saw a flag, but it was against them,” recalled Hurst. New England won, 33-24.

Following a 5-11 finish, Berry was fired. Rod Rust, a coach with a deep background on defense, took over. It didn’t work out.

“I liked Rod Rust,” Maurice said. “We had an older team. He still wanted us to get tougher mentally. He brought back old school tackling drills. It was hard. We were tackling during the season at practice. We only won one game.”

Rust was replaced by Dick MacPherson, who spent 17 seasons as a successful college head coach. “He was a rah-rah type guy,” Hurst explained. “He liked to sing school fight songs.”

An unsuccessful stretch for the Patriots was well under way but Hurst continued to grow as a player. On that squad in the early 1990’s. he teamed with a pair of Louisiana natives who starred at LSU.

“Tommy Hodson should have been playing more. He was an NFL starter. He was a smart QB. He and I would compete with each other at practice. We both liked to play golf together after practice. Sammy Martin had a lot of quickness. He was strong. He was awesome.”

The 1993 campaign marked the arrival of Bill Parcells, who had won two Super Bowls with the Giants. Training camp for the Patriots was located at Smith Hill College in Rhode Island. Rain was a common visitor to training camp in those days, but not this time. That was not a good thing for Hurst and his teammates.

“We had two a-days and had no rain for 20 days straight. Parcells comes up to me one day and asked ‘You’re not used to this?’ I told him that we had three-a-days at Southern under Marino Casem. I told him how tough Casem was.”

Parcells ordered Hurst to tell a Patriots secretary to fly Casem into camp. “He wasn’t joking,” Hurst said. Casem, known as the “Godfather,” was brought on board for a week of training camp.

“(Casem) used to run a zero coverage at Southern, no safety over the top. All one-on-one at the corners. We ran some of that with the Patriots. (Casem) was yelling at me, ‘Don’t let (the receiver) inside.'”

Casem used to refer to Hurst as Sugar. “He’d tease me but he also told (Patriots owner) Robert Kraft that his players were too soft. He said ‘You need some dogs out here.’ Tough guys.”

In a preseason scrimmage against the Chargers, Hurst had to deal with Anthony Miller, one of the better players at his spot in the league. “I always lined up at right cornerback. (Miller) was facing off against Rod Smith on the other side. Miller told him, ‘I don’t want you, I want the best.’ Miller challenged Hurst on a couple of series only to come up empty. A frustrated Miller screamed, ‘You can’t shut me out, you must be guessing.'”

Hurst played well for Parcells and had a breakout year in 1994, recording seven interceptions to earn second team All Pro acclaim. Patriots defensive coordinator Al Groh had made some adjustments.

“We switched to a Cover 2 zone scheme. We forced the run more. I made a lot of tackles and blitzed off the corner. Parcells told me to toughen up.”

Out of his seven picks, two came at the expense of Stan Humphries and two more off of Jeff George. The Chargers led by Humphries made it to the Super Bowl that season.

New England was sitting at 3-6 in 1994 when Parcells challenged his team. “He told us that he can’t make us win, that we’ve got to figure it out. From that point, we rattled off seven straight wins.”

The first victory of the streak was a 26-20 overtime win over the Vikings. Late in the contest, Minnesota was driving with a chance to take over the game. On a 2nd and two, Warren Moon handed off to Terry Allen. Hurst made the tackle in the open field for no gain. The following play, Hurst swatted away a pass intended for Qadry Ismail on a slant.

“Bill told me that was two of the greatest plays he had ever seen,” Hurst recalled.

“Clarence Verdin talked a lot,” Hurst laughed. “Andre Rison liked to talk trash. I’d just tell him to shut up. He’d scream back, ‘I’m coming at you.’ Mark Duper and Mark Clayton just liked to talk during a game, not much trash.”

Now in his 50’s, Hurst relaxes in retirement but still with an eye on the NFL. He watches his old position with keen interest. His son Maurice Jr. now plays for the Raiders. The elder Hurst believes his old team has the NFL’s best corner these days.

“I like Stephen Gilmore. He’s smooth as butter. He can press, very smart, good hips, can play man-to-man with anybody. Good feet, very strong. He’s the best out there.”

Another one Hurst likes happens to be a Louisiana native, former LSU and current Bills star Tre’Davious White. “He can play. He’s got special skills. He’s more of a straight line guy, but he reads well and can maneuver in space.”

Maurice reflects back on his days in the NFL with 27 career interceptions, which places him above some of the notable Patriots of the past like Lippett, Nick Buoniconti and Tedy Bruschi.

“Being a former receiver helped me. I could sense the route. I knew what the receiver was going to do. I could feel when he was going deep. I could jump a curl or slant.”

A neck injury forced Maurice into an early retirement at age 28. The old Tarpon spends a lot of his time on the water fishing. Naturally.